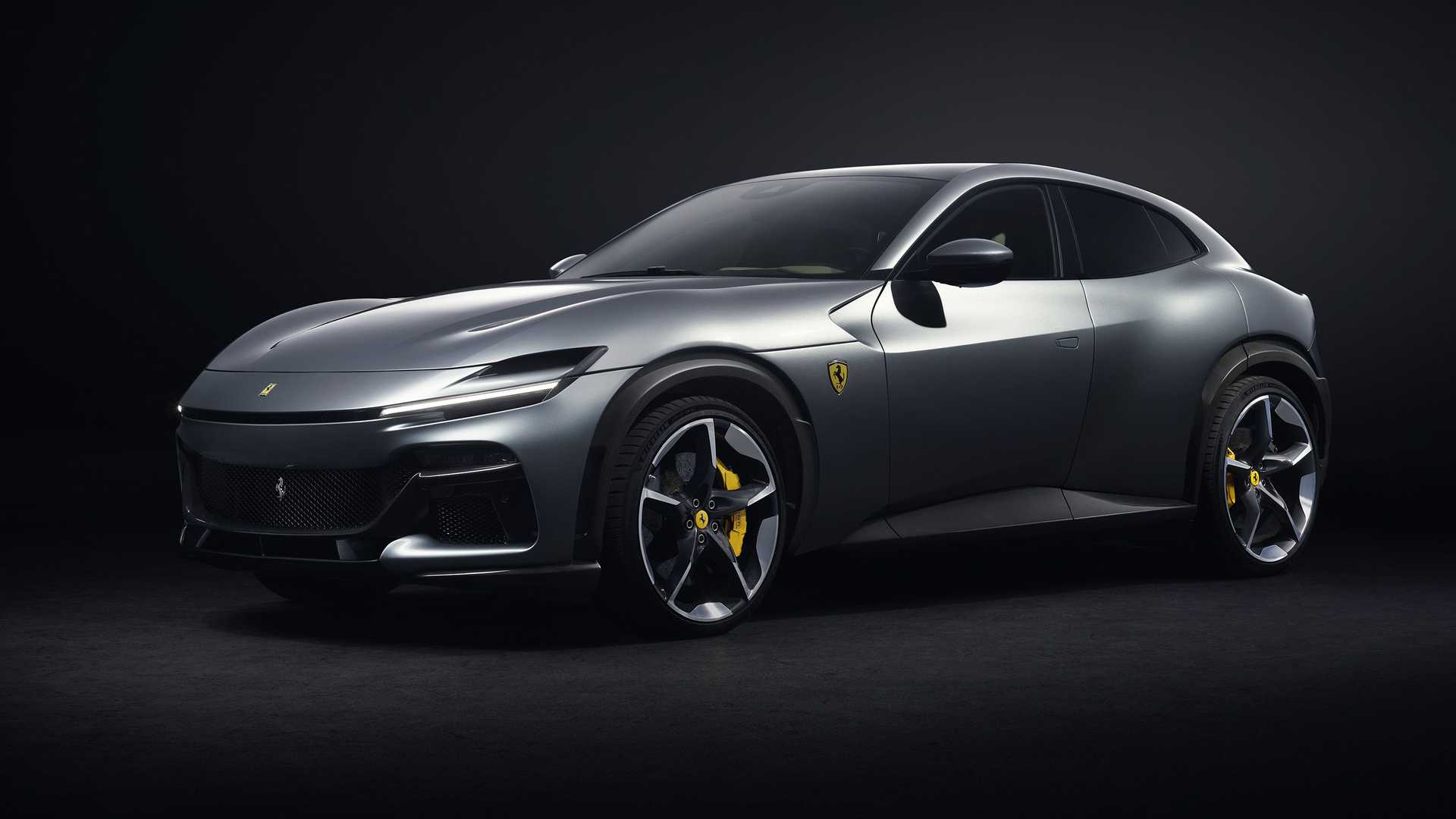 Ferrari's rival to the Lamborghini Urus won't sacrifice performance or passion for practicality.

It took three-quarters of a century, but Ferrari has finally unveiled their first four-door. Dubbed Purosangue, the new model joins a lineup that includes everything from the stylish Roma and modern 296 to the untamed SF90 and luxurious 812. Depending on your perspective, it’s about damn time – or a move so reprehensible that old man Enzo should march straight out of the San Cataldo Cemetery and into a Ferrari board room to rumble.

Consider the evidence as we take a closer look at the all-new contender from Maranello. During a black box session where cell phones were confiscated, we were granted a hands-on look at one of the most highly anticipated auto releases of the year. Before our first-hand account, let’s consider positioning. At least based on our presentation, Ferrari is distancing themselves from the idea that the new model is, in fact, a sport utility vehicle. “We’re not calling it an SUV,” insists Ferrari CEO Benedetto Vigna. “We’re not even talking about SUVs.” Alrighty then. 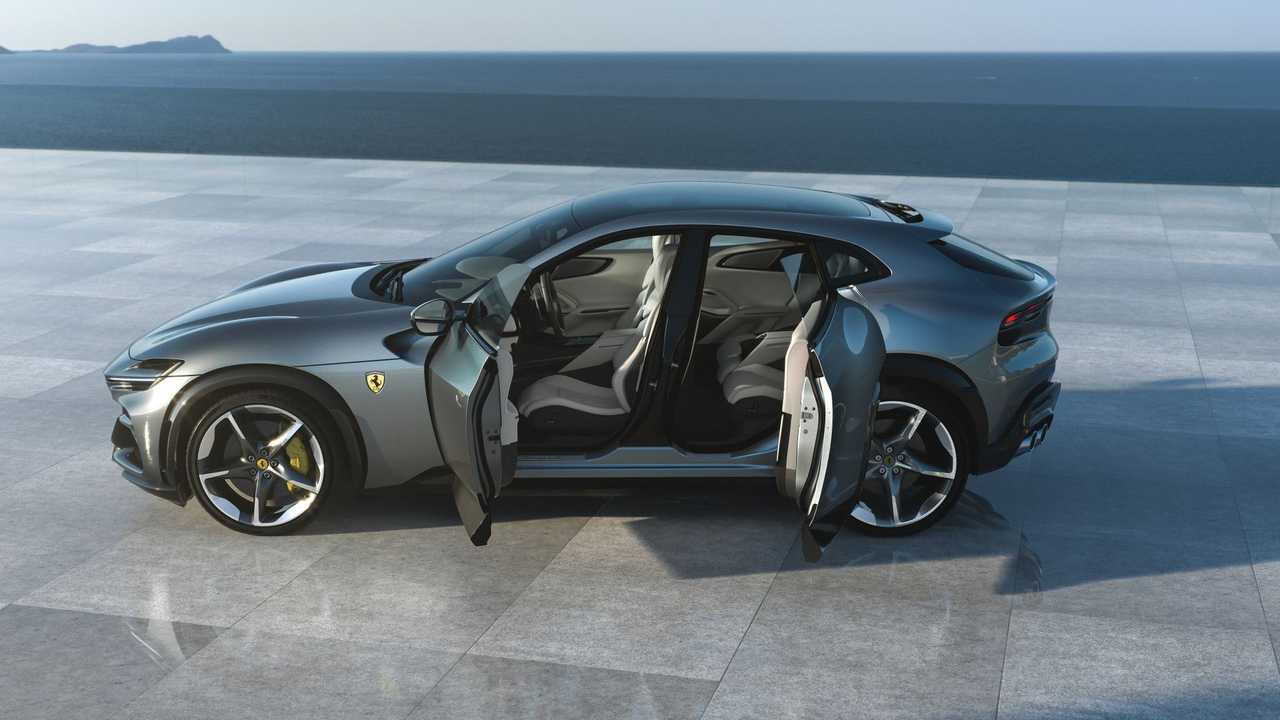 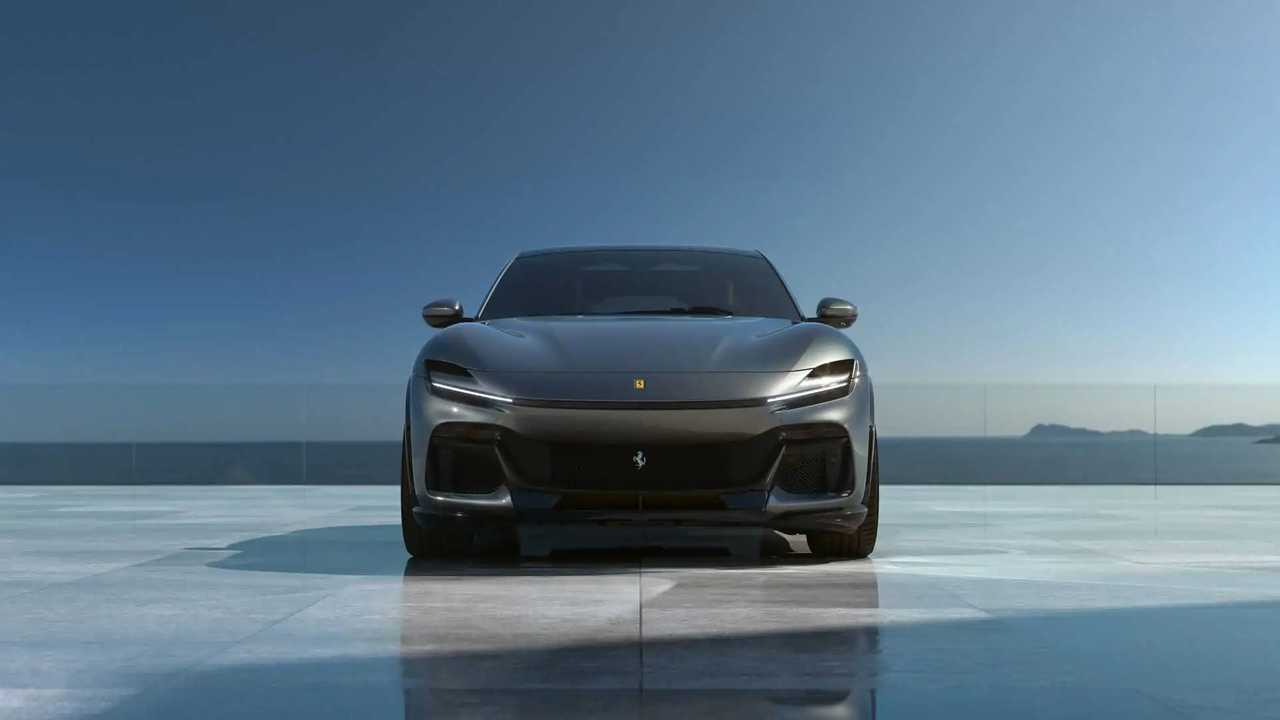 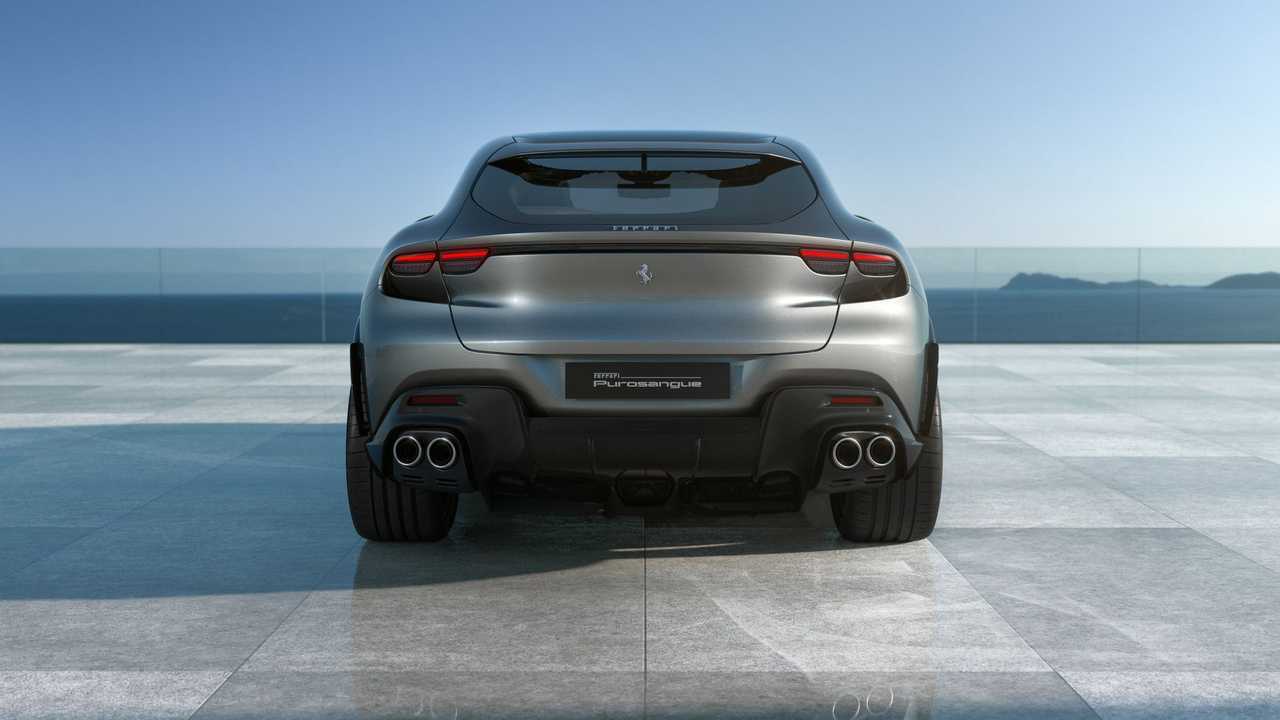 The configuration of the Purosangue does indeed make a case for this Ferrari being more of a swollen, four-door sports car (with apologies to a certain Japanese auto) than a middle-of-the-road sport ute. For starters, it can only be had with two bucket rear seats, not a family-ready bench, or – God forbid – a third row. Second, there are enough packaging sacrifices made in the interest of sportiness to suggest the folks in Modena really aren’t interested in crowd-pleasing.

For starters, the trunk’s modest 16.7 cubic-foot volume seems like an afterthought that defers to a coupe-like silhouette favoring aerodynamics over absolute practicality. While Ferrari doesn’t reveal drag coefficient stats for their GT cars, both Flavio Manzoni (the brand’s design head) Gianmaria Fulgenzi (the development boss) describe a “delicate dance” between their respective departments in order to do their jobs while maintaining slippery aerodynamics.

Ferrari pulled out all the stops to stack the Purosangue’s deck in favor of a balanced layout. As such, the big V12 is jammed up against the firewall and the 8-speed dual-clutch gearbox is a rear transaxle that helps yield 49/51 front-to-rear weight balance. A standard carbon fiber roof ensures the center of gravity that’s as low as possible. Interestingly, Ferrari assigned a novel, backward-hinged rear door setup for this newbie, complete with power-closing à la Bentley Bentayga EWB and Rolls-Royce Cullinan (not to mention Genesis G90).

The rear doors open with a 79-degree swing, which is important in enabling easier ingress and egress – especially since the back seats are not the most spacious. I’m 5-foot-11, and “sitting behind myself” in the rear didn’t yield much extra space between my knees and the curved backside of the front seats. It’s not uncomfortable, but also not nearly as roomy as more luxurious super-SUVs. 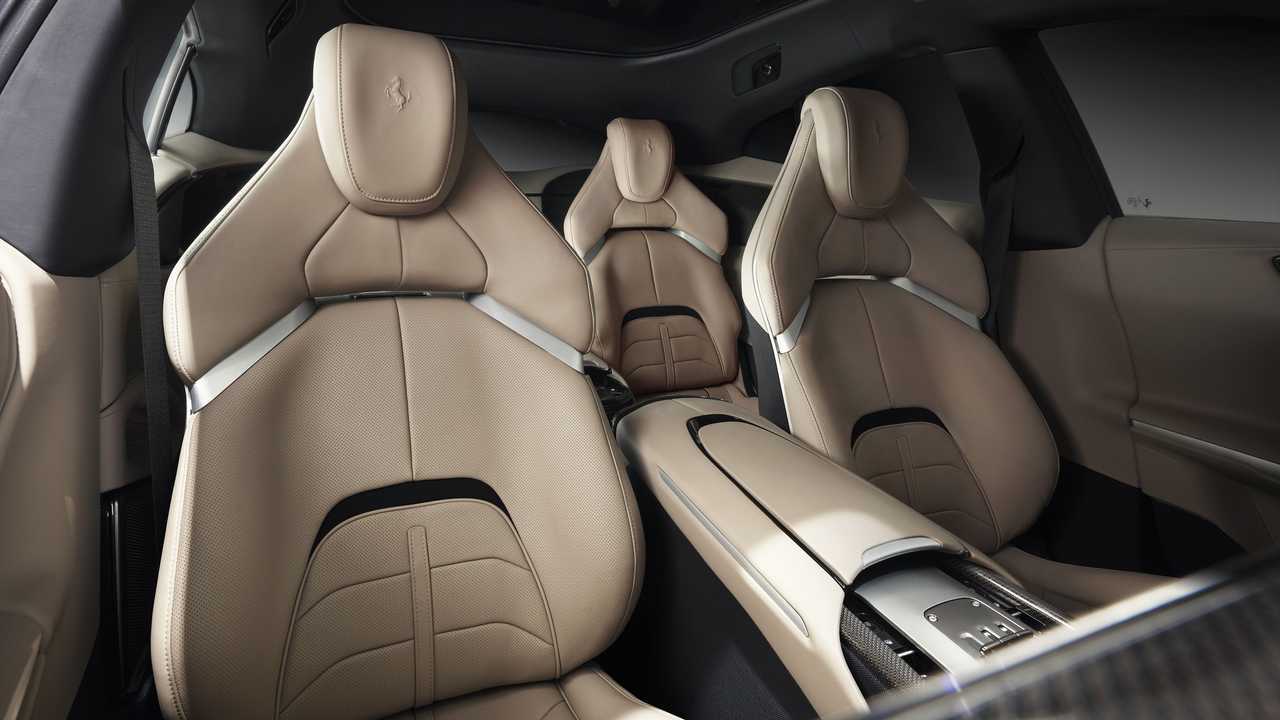 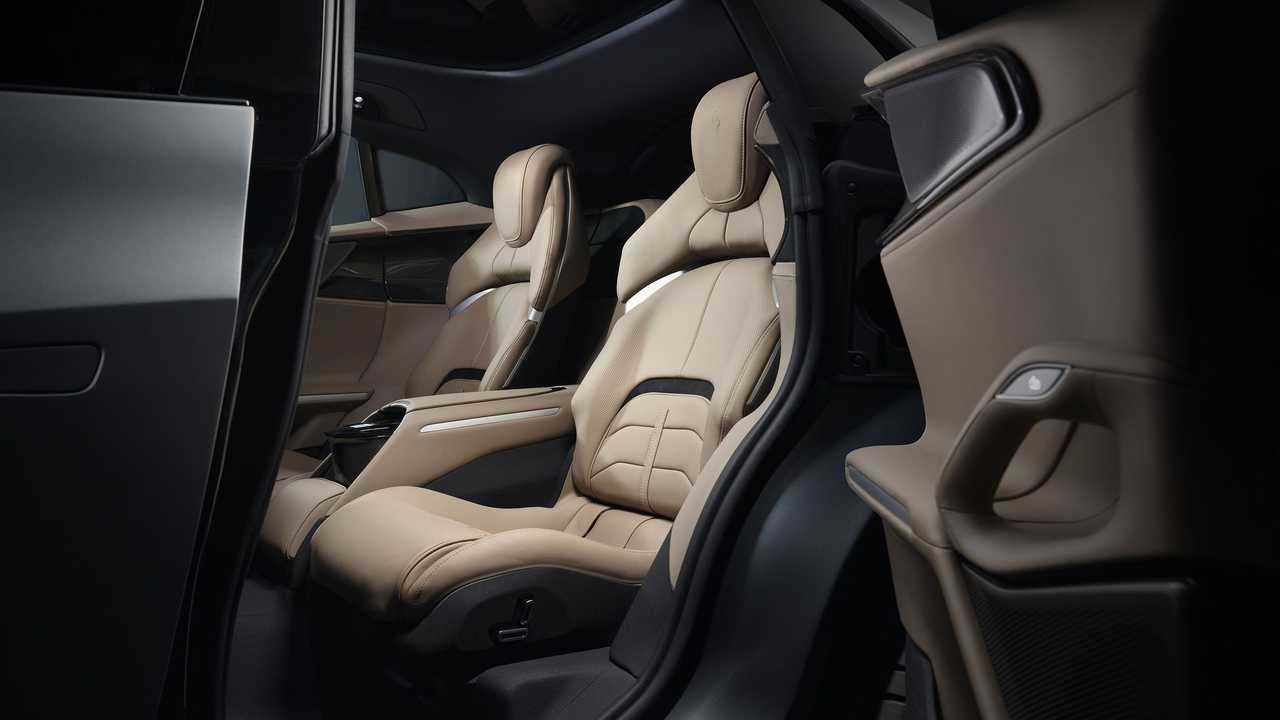 Ferrari claims their Purosangue stands alone in a category of its own. While we’re all for the idea of individuality, let’s compare its 118.8-inch wheelbase to a few competitors: the distance is close to the Lamborghini Urus Performante (118.2) and Bentley Bentaya Speed (117.9), 1.7 inches short of the Aston Martin DBX707 (120.5), and smack in-between less exotic strains like the zippy Porsche Cayenne GT (114.0) and the more expansive BMW Alpina XB7 (122.2). Mass-wise, Purosangue claims an estimated dry weight of 4,482 pounds – likely the lowest in that competitive set.

As the middling cargo area and rear seat would suggest, not all is lost to practicality. Critically, Purosangue doesn’t even dip a toe into attempting an eco-friendly drivetrain – at least not yet. Instead, the new kid on the block embraces the old school with a massive, naturally aspirated 6.5-liter V12 that claims the highest output of any Ferrari GT in history: 715 horsepower and 528 pound-feet of torque. The mill produces 80% of torque at only 2,100 rpm, peak horsepower at 7,750 rpm, and a max rotational speed of 8,250 rpm, which should lend it quite the exciting powerband.

Aiding that flexibility is the dual-clutch transmission that offers eight forward gears to choose from. The dry sump engine packs an all-new valvetrain and revised intake geometry intended to aid low-end power delivery. The Purosangue is estimated to hit 62 mph in 3.3 seconds and achieve a top speed in excess of 192 mph. Like the GTC4Lusso, the new model features an all-wheel-drive powertrain, and the front drive unit disengages above fourth gear and/or around 125 mph. 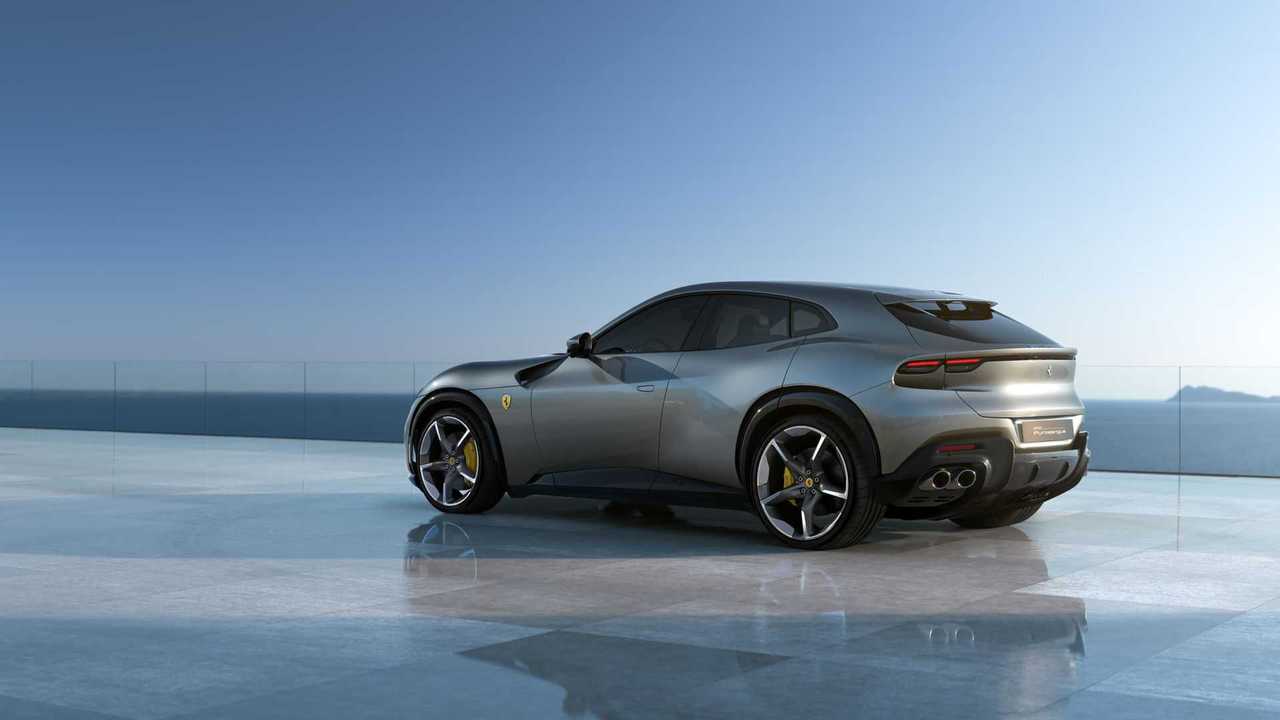 As much as the Purosangue’s engine house abides by a familiar playbook, its suspension embraces future-forward technology to maximize ride quality and handling. Working with Multimatic, Ferrari developed an active suspension system that leverage’s the Canadian firm’s True Active Spool Valve (TASV) technology, which uses four 48-volt actuators to control the damper’s stroke. Since the setup lacks stabilizer bars, the actuators can work in concert to manage both pitch and roll. The quick-acting adjustments can manage both wheel motion and ride height, the latter of which can drop up to 10 millimeters while the vehicle is cornering.

We can pore over specs and dimensions all we want, but sometimes it’s the sum of the little things that provide big picture insights into all-new conundrums like the Ferrari Purosangue. Is it sporty crossover? An SUV? A sedan on steroids? Considering its focus on delivering a driver’s experience for four passengers, it seems Ferrari has actively chosen to sacrifice quite a bit of utility for the sake of performance. Heck, they didn’t even attach a tow hook in the interest of maintaining its stance as an on-road performer. 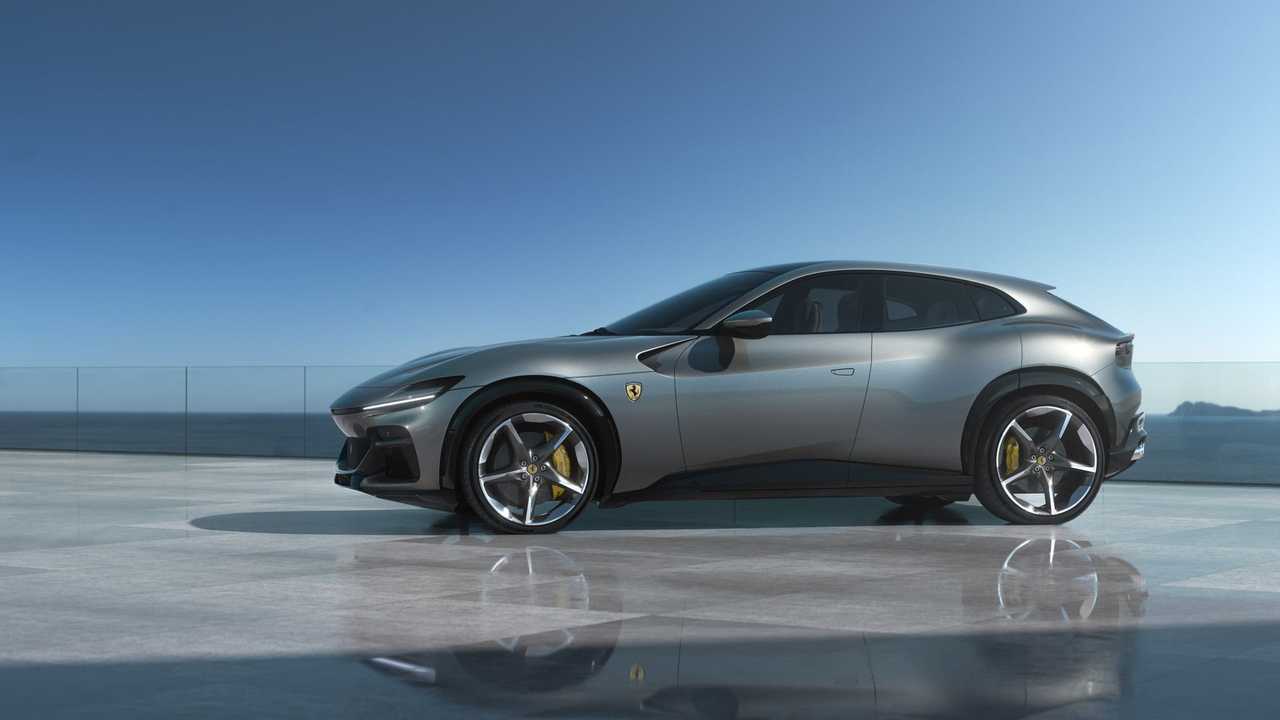 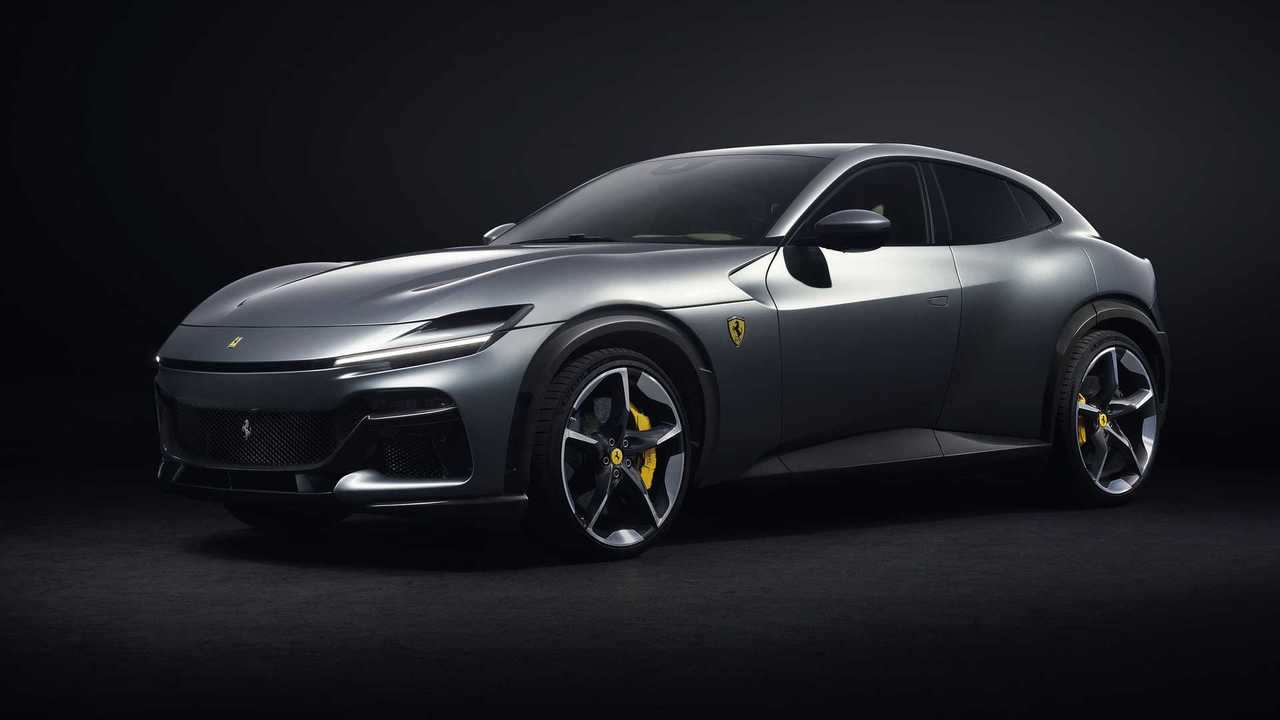 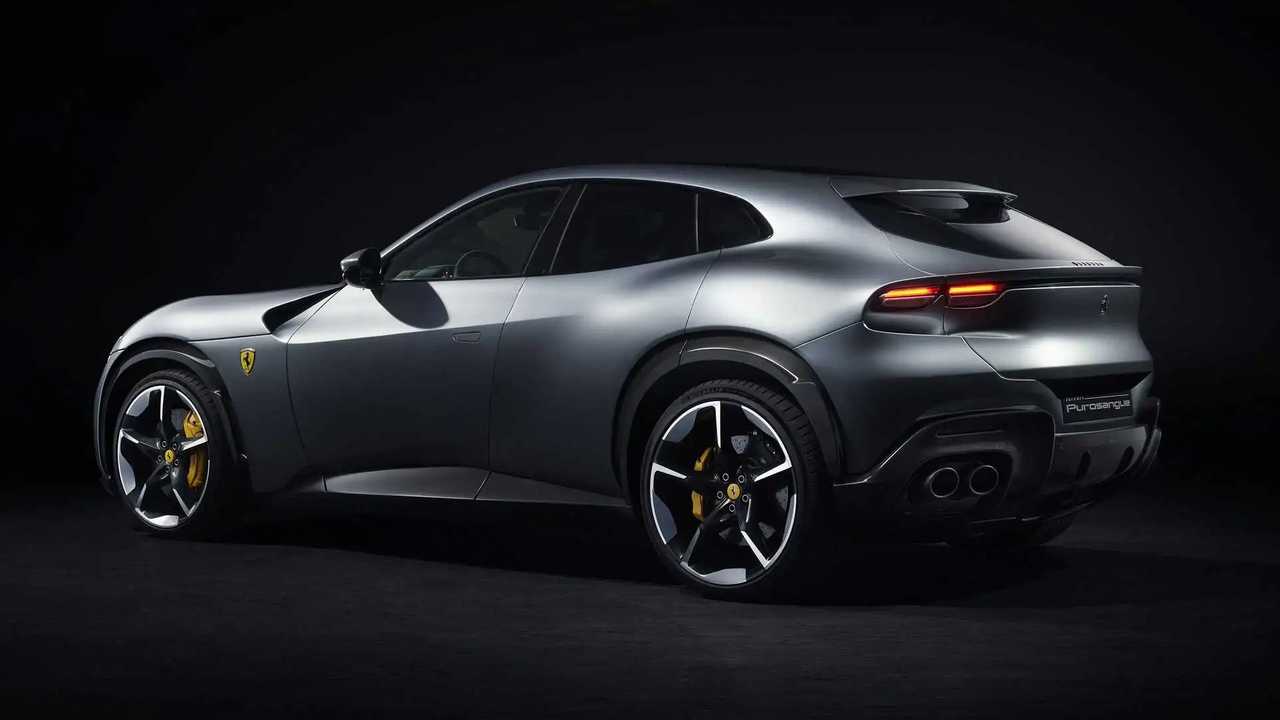 For better or worse, many prospective buyers will judge this purposeful four-seater more on its styling than any other single factor – which is understandable, since its €390,000 (approximately $400,000 USD) starting price attracts buyers who have many different types of cars already in their garage. I will say this: Though its silver titanium color may not be the strongest shade, in person the Purosangue comes across as elegant with a whiff of bulk, especially the swollen rear haunches that help lend the vehicle a sense of motion (and emotion).

As it stands, the Ferrari has taken a long-awaited leap forward, and in person the Purosangue looks more balanced, refined, and intriguing than the spy shots would have us believe. Here’s to hoping our next encounter is a spirited motor in the driver’s seat. Until then, Ferrari’s latest appears to have tackled its nebulous genre with a reassuring amount of performance-focused engineering. Whether you call it a sedan-on-stilts or an SUV, that single fact that it appears built around the driver bodes well for the future of the Prancing Horse.