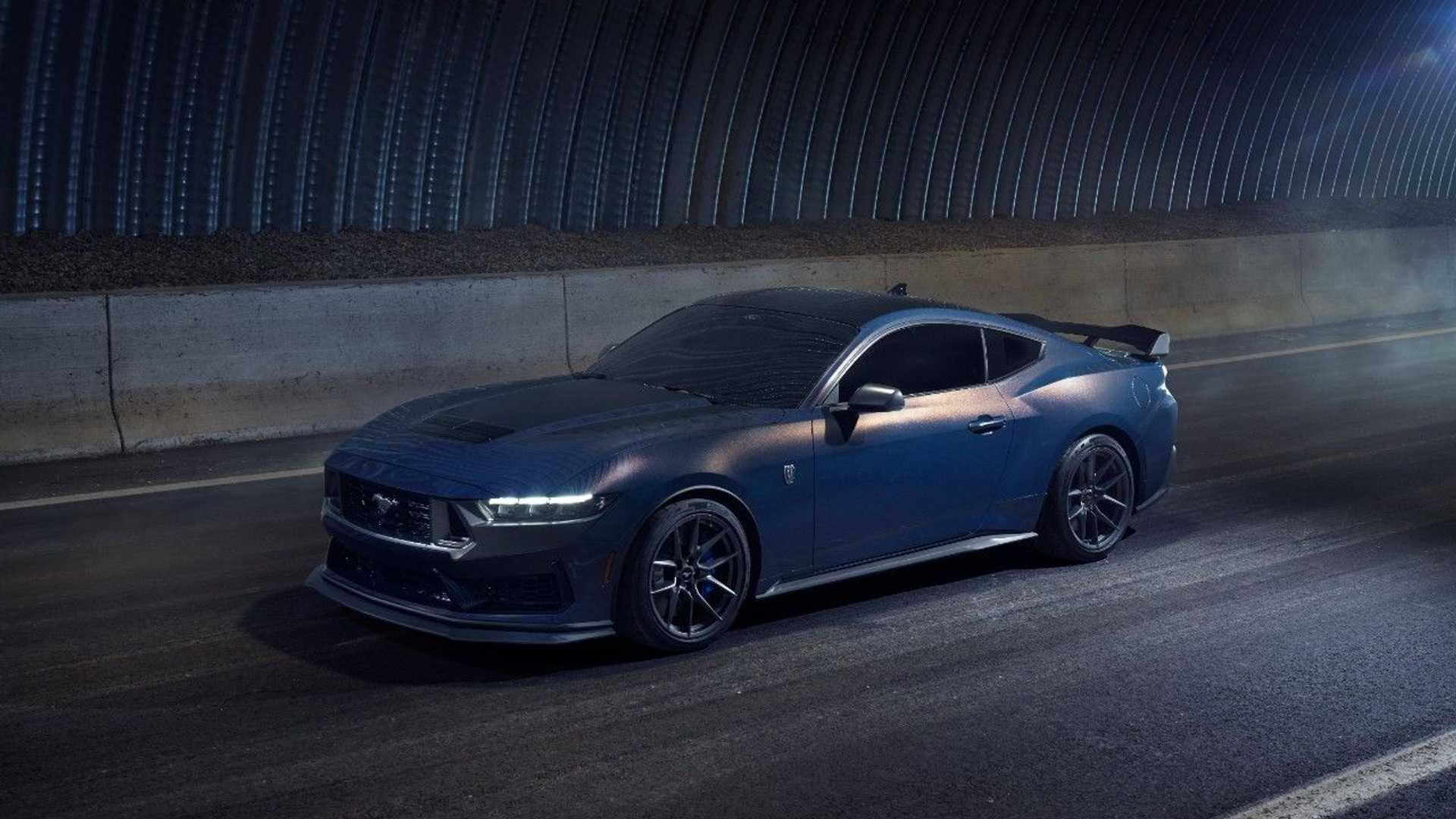 Buckle up for a fast-paced podcast as Bruce and Smith present highlights of the 2022 Detroit Auto Show, and much more besides. That's because two significant supercars and one notable "Last Call" Dodge also broke cover recently without any connection to the big Motown motor show.

The big tamale is obviously the 2024 Ford Mustang, which made a grand debut on September 14 at the auto show. Social media posts suggested there were well over 1,000 Mustangs that cruised to downtown Detroit as part of The Stampede, and what did they see? In addition to the new GT and EcoBoost models, Ford unveiled the Mustang Dark Horse with engine and suspension upgrades beyond the GT.

Yes, there's still a 2.3-liter four-cylinder and a 5.0-liter V8 available, but they are evolved for the new 'Stang. There's also a six-speed manual transmission, though it's only available with the V8. If you want to go racing, Ford will offer track-only versions of the Dark Horse, and eventually, Ford will take the new Mustang to Le Mans.

It's not the only muscular debut for Detroit, however. We chat about the new Chrysler 300C, returning for 2023 with a 485-horsepower Hemi. It's a one-and-done deal though, as 2023 is also the final year for the aging sedan. Lincoln revealed its updated Corsair SUV, and Jeep also chose Detroit to reveal a special edition Grand Cherokee 4xe, and a new Wrangler Willys 4xe. Electrification is the future.

What happened outside of the Detroit Auto Show? That would be Ferrari's first SUV for starters, though is the Purosangue really an SUV? Ferrari doesn't think so, and neither does Smith who points out numerous attributes that place it into a category all its own. Bruce talks about the new Pagani Utopia, which seems like a fantastic hypercar in every regard though apparently, Motor1.com readers aren't thrilled with its styling. And in the middle of all this activity, we get the 2023 Dodge Charger King Daytona, the fifth Last Call model that also happens to be the most powerful production Charger to ever come from the factory.

So yeah, it was a very busy week for Bruce and Smith, not to mention the automotive world in general. Is there a specific debut you want us to revisit? Do you have some pent-up automotive opinions that need airing? Are you afraid, like Bruce and Smith, that the Charger King Daytona will go virtually unnoticed in the face of a new Mustang? You know the drill – comment below, comment on our YouTube video at Motor1 Podcasts, or email us: podcast@motor1.com.

Previously On Rambling About Cars:

Special guests (and some returning special guests) are still in the works for the coming weeks. Since we missed Rambler comments this week you can be sure we'll cover them next week, so here's a second call-to-action: comment or email and we'll try to work it into the schedule!

In addition to our YouTube channel, you can catch us on your favorite streaming audio channel every Friday as always. You'll find Rambling About Cars on every major podcast platform including Apple Podcasts and Spotify. Please like, follow, and comment because it exposes the show to more car-crazy enthusiasts. And the more enthusiasts that join us on this automotive odyssey, the better.