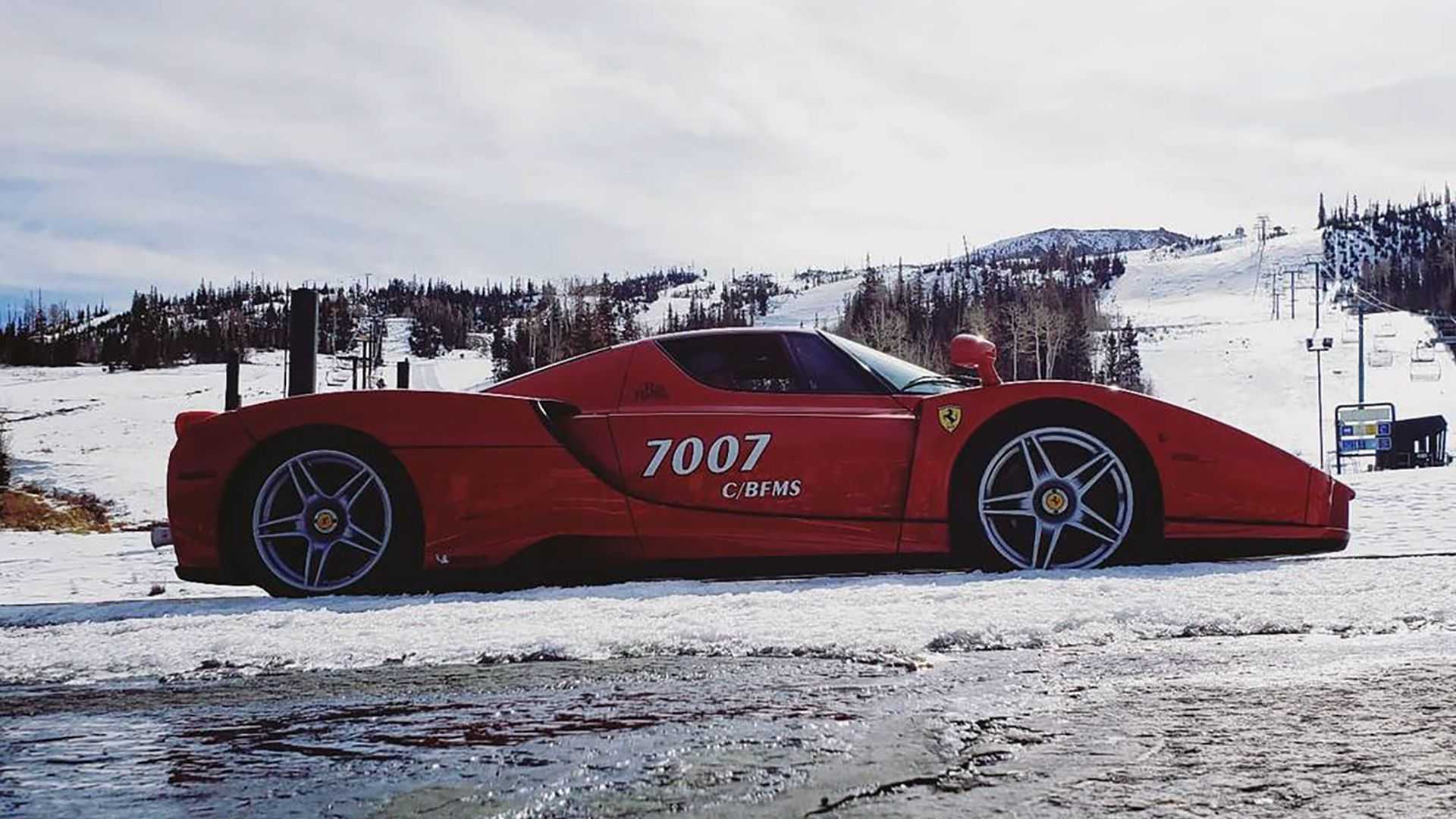 Its backstory is even crazier.

If you've never heard the tale of the MM Enzo, sit back and let me spin a yarn for you. Back in the early '00s, car enthusiast Richard Losee bought a 2003 Ferrari Enzo. Losee had no intention of treating his new Ferrari as an investment, locking it away in climate-controlled storage while its value appreciated. In fact, he loaned his Enzo to Road & Track for a full road test that actually put the first 1,500 miles on the car.

Thus begins the tale of the MM Enzo, which if you haven't figured it out yet, stands for "Most Miles Enzo."

Sometime during those early years of ownership, Losee decided he wanted to try to put as many miles as possible on the Enzo. He returned to Road & Track, collaborating with the magazine to make it a rather unlikely long-term test car. The rag added another 10,000 miles during its test, and Losee soon had the Enzo up to over 30,000 miles.

The tale turns dark in 2006, though, when Losee entered the Utah Highway Patrol's Fast Pass Charity event. During a top-speed run on 14 miles of closed road, Losee hit a diecy stretch that sent him and the Enzo airborne at 206 miles per hour. The car was completely destroyed, and Losee spent over a year recovering from significant injuries.

Incredibly, Losee emerged from that experience with the desire to rebuild the Enzo better than before. The project began in earnest, and thanks to the contributions of many – including Ferrari North America – the MM Enzo was completely restored after 30 months of hard work. The car didn't emerge in stock trim, however. With a brand new pair of turbos, the rare supercar now produced over 800 horsepower.

Supercars Enjoying Life On The Road:

With the new car built, Losee decided to go after a land speed record on the Bonneville Salt Flats. After a frustrating day of attempts in October 2010, Losee pulled it off with a 237.1 mph qualified run.

After that, the story of the MM Enzo goes quiet. At some point during his ownership, Losee also ordered a second set of doors with their tops removed to make the world's first and only removable-roof Enzo.

Recently, though, the MM Enzo has been living out its best life on Instagram. User @dryl8k is now racking up the miles, but he doesn't own the car. Through some arrangement, Losee has loaned the car to @dryl8k, who recently passed 90,000 miles on the odometer. The feat is amazing, considering only 493 examples were ever built. And we know of a few Enzos that have unfortunately perished and were never rebuilt like this one.

We'll be eagerly awaiting the moment when the MM Enzo hits 100,000 miles. When it happens, we suspect someone will ask the inevitable question: Is the MM Enzo's value going up instead of down because of its unique history and achievements?