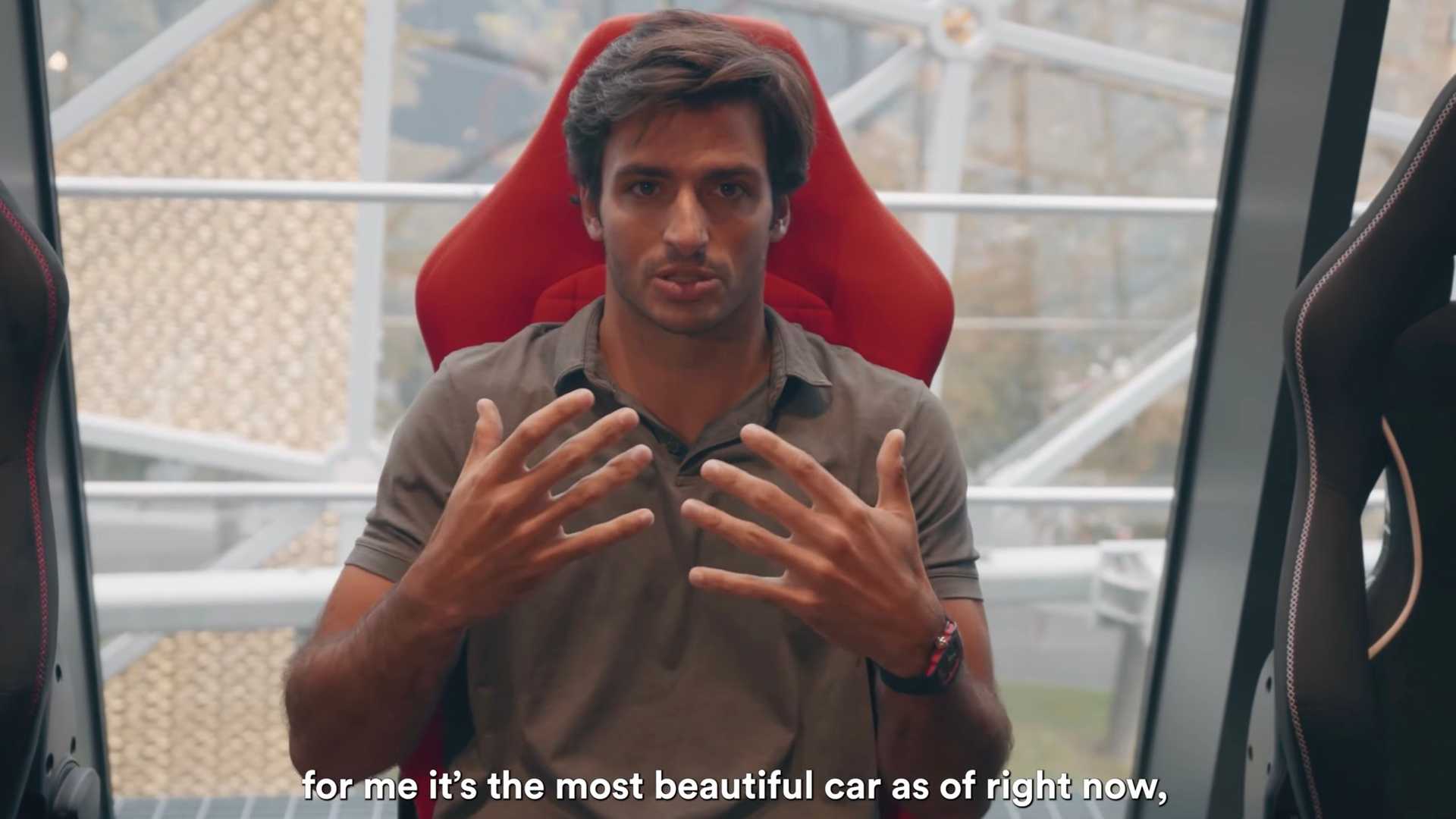 Carlos Sainz Replacing His VW Golf With A Ferrari, See Him Customize It

We think he's getting a Ferrari 812 Competizione.

Carlos Sainz Jr. is nearly done with his first season racing for the Scuderia Ferrari Formula One team, so naturally, he needs to own one of the Prancing Horse's supercars. In a new video, he visits the Maranello headquarters to customize the interior as part of the brand's Tailor Made personalization program.

The Ferrari will be quite an upgrade for Sainz Jr. His parents gave him a Volkswagen Golf as a gift when he was 18, and the 27-year-old F1 driver has kept it since then, even while racing for the Toro Rosso, Renault, and McLaren teams. 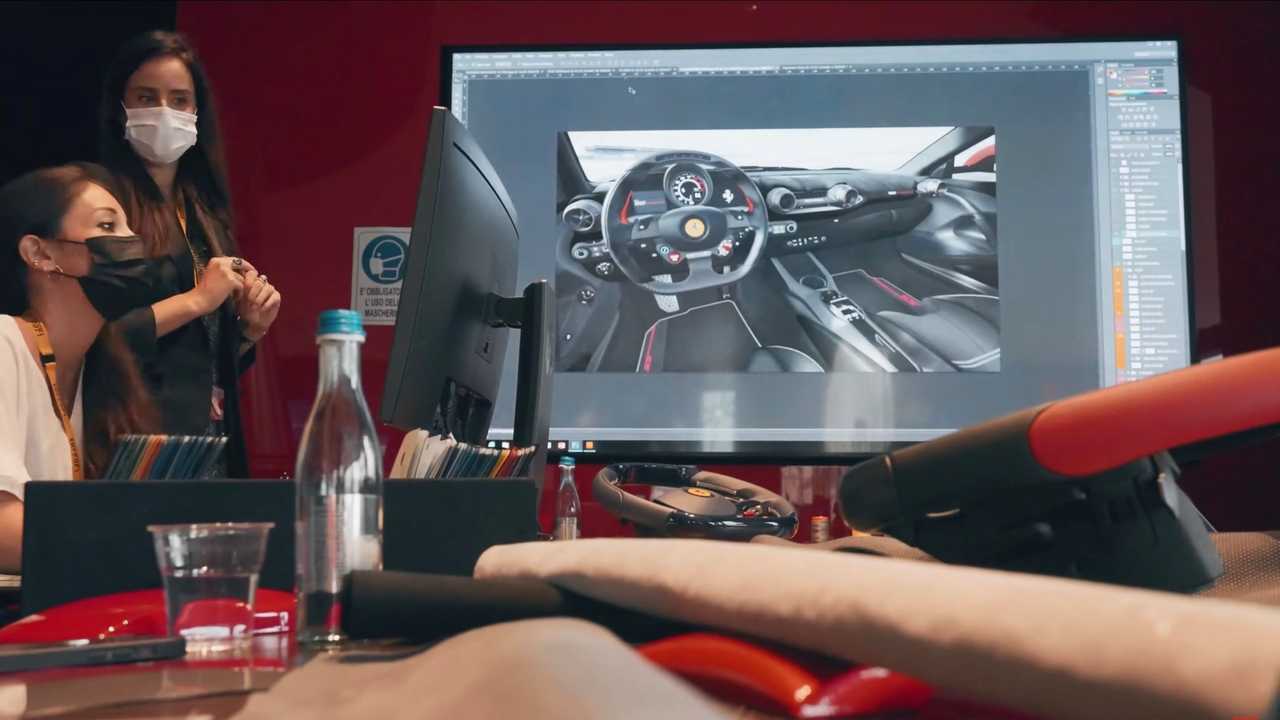 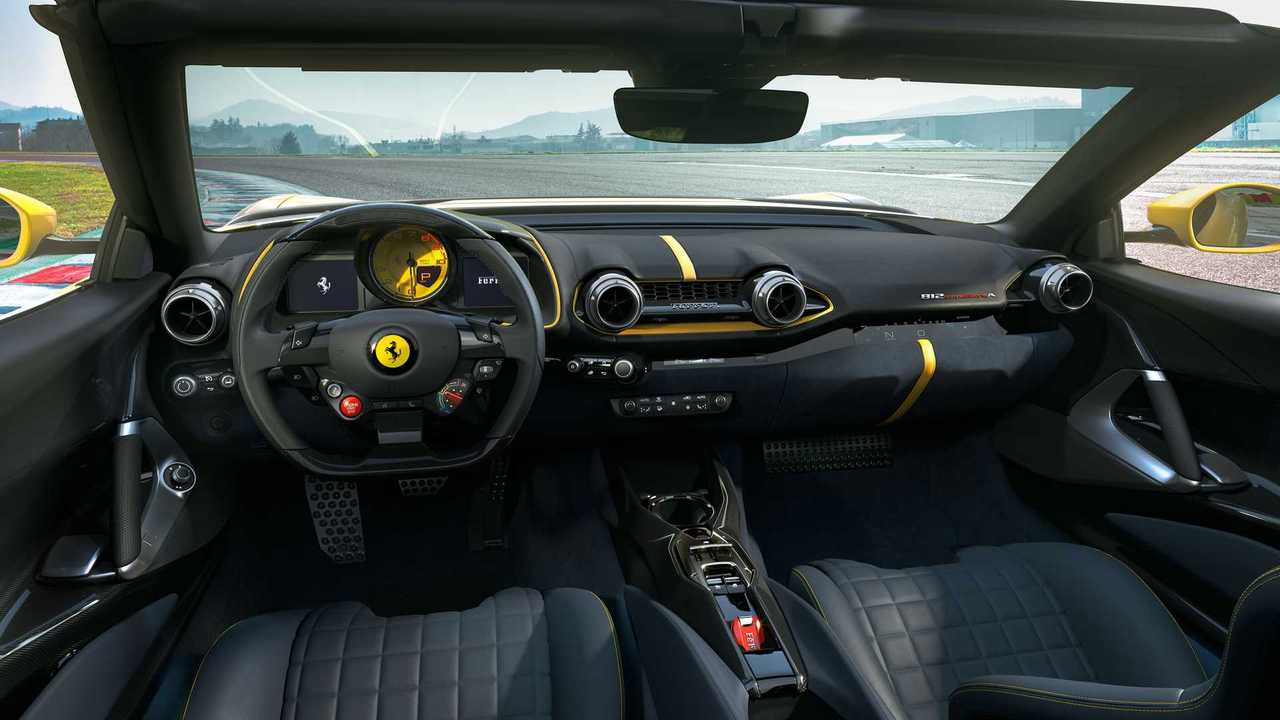 The video is very careful not to show which vehicle Sainz Jr. is purchasing, including blurring sections of the screen at times. However, a brief moment of the clip reveals the model's interior. The comparison above shows why we think the F1 driver is customizing the limited-edition 812 Competizione.

Sainz Jr's personalization includes adding his 55 racing number to the cabin. He says in the video that he's not sure which seats to pick for the car. The driver isn't sure whether to build the car in a sporty, aggressive manner or for it to have a more elegant look.

We Can See Why Sainz Would Want An 812 Competizione:

Ferrari is making just 999 examples of the Ferrari 812 Competizione coupe and 599 units of the Competizione Aperta with its removable roof panel. The company isn't disclosing the price. Although, we wonder if Sainz Jr. gets a discount since he races for the F1 team.

We suspect Sainz Jr. might be getting the Aperta model because he says in the video that he has to wait about a year to take delivery. Customers begin getting the variant with the removable roof in the fourth quarter of 2022, whereas the coupe launches in the first quarter of 2022.

After specifying his new Ferrari, Sainz Jr. goes to the Fiorano test track for a drive in a classic Dino. Then, he goes to a nearby restaurant to enjoy some dessert with some of the company's engineers.