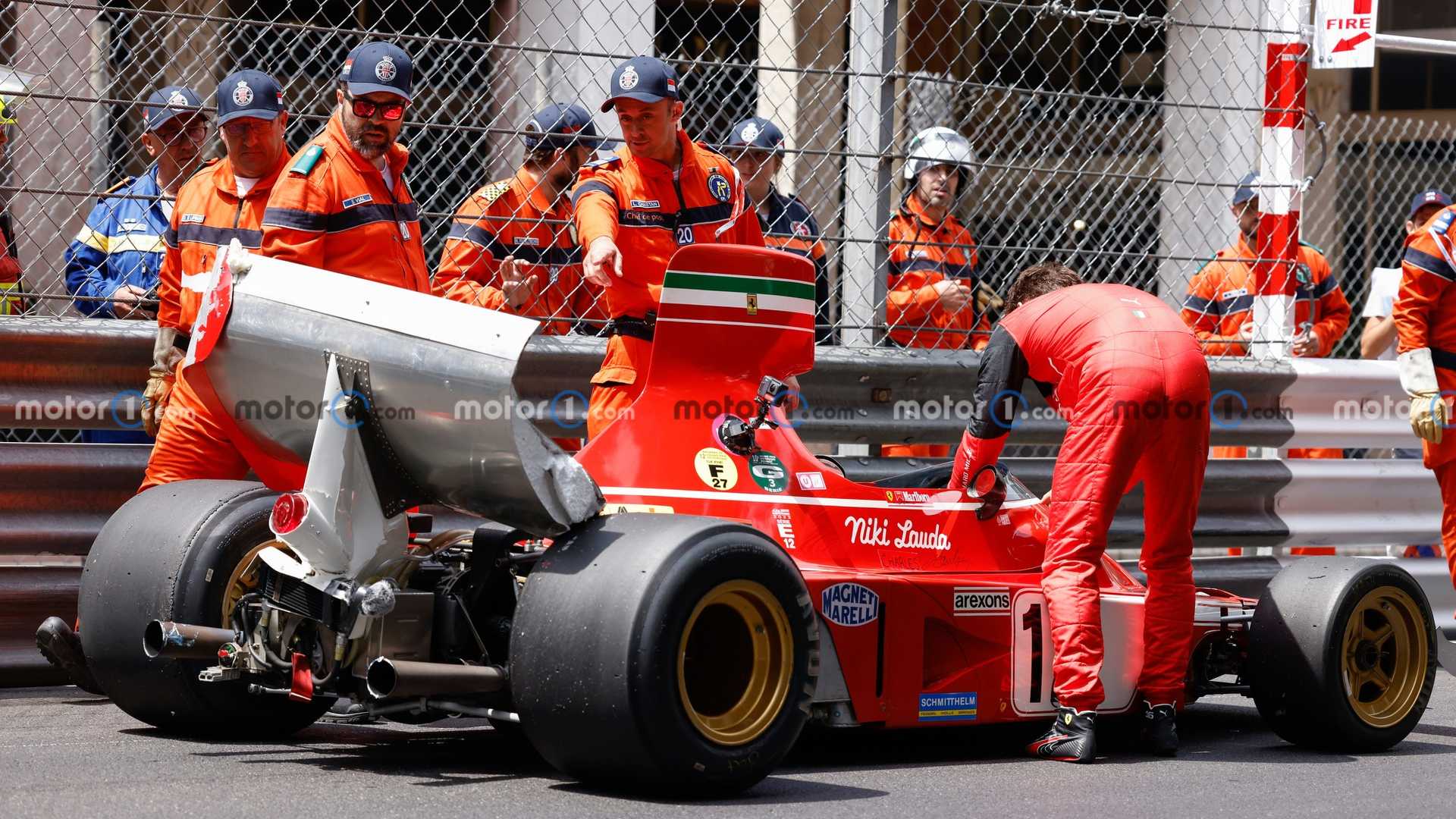 The incident took place during the Monaco Historic Grand Prix.

It's safe to say Monaco hasn't been kind to Charles Leclerc as the current Formula 1 leader has had more than a few unfortunate experiences at the legendary street circuit. His first appearance back in 2017 as a GP2 driver ended in retirement after a pit stop went wrong. Things weren't any better a year later when he made the switch to Formula 1 as the brakes of his Alfa Romeo failed, thus rear-ending the Toro Rosso driven by Brendon Hartley.

In 2019, he crashed his Ferrari and failed to finish the race. There was no race in 2020 due to the coronavirus pandemic, while last year's event ended before it started as a gearbox failure forced Leclerc to retire before Sunday's big race. Fast forward to this past weekend, the Monegasque's string of bad luck continued. During the Monaco Historic GP, he crashed a classic Ferrari 312B3 driven by Niki Lauda and Clay Regazzoni during the 1974 season when it took second place in the constructors’ championship.

F1 Drivers And Their Cars:

The 24-year-old driver took to Twitter to explain what went wrong: "When you thought you already had all the bad luck of the world in Monaco and you lose the brakes into rascasse with one of the most iconic historical Ferrari Formula 1 car." On his third lap, the 2022 Bahrain and Australian F1 GP winner smashed the historical Ferrari F1 car into the barriers. The impact dislodged the rear wing, but the car remained in working condition and he was able to drive off.

However, it didn’t take too long until he pulled over on the main straight as smoke was coming out of the 312B3's rear. Driving an earlier 312B, Jacky Ickx stopped a bit further up. According to our sister site Motorsport.com, Leclerc commented: "I lost the brakes. I lost the brakes! I braked, the pedal was hard, and it went to the floor. I was lucky to have it at that moment, because if I had had it at another place, it was no good… the problem is that I got scared. I arrived normally in the corner."

Ironically, a different 312B3 was crashed in 2021 at the same event by Jean Alesi following an incident on the straight with a Lotus 77 driven by Marco Werner.