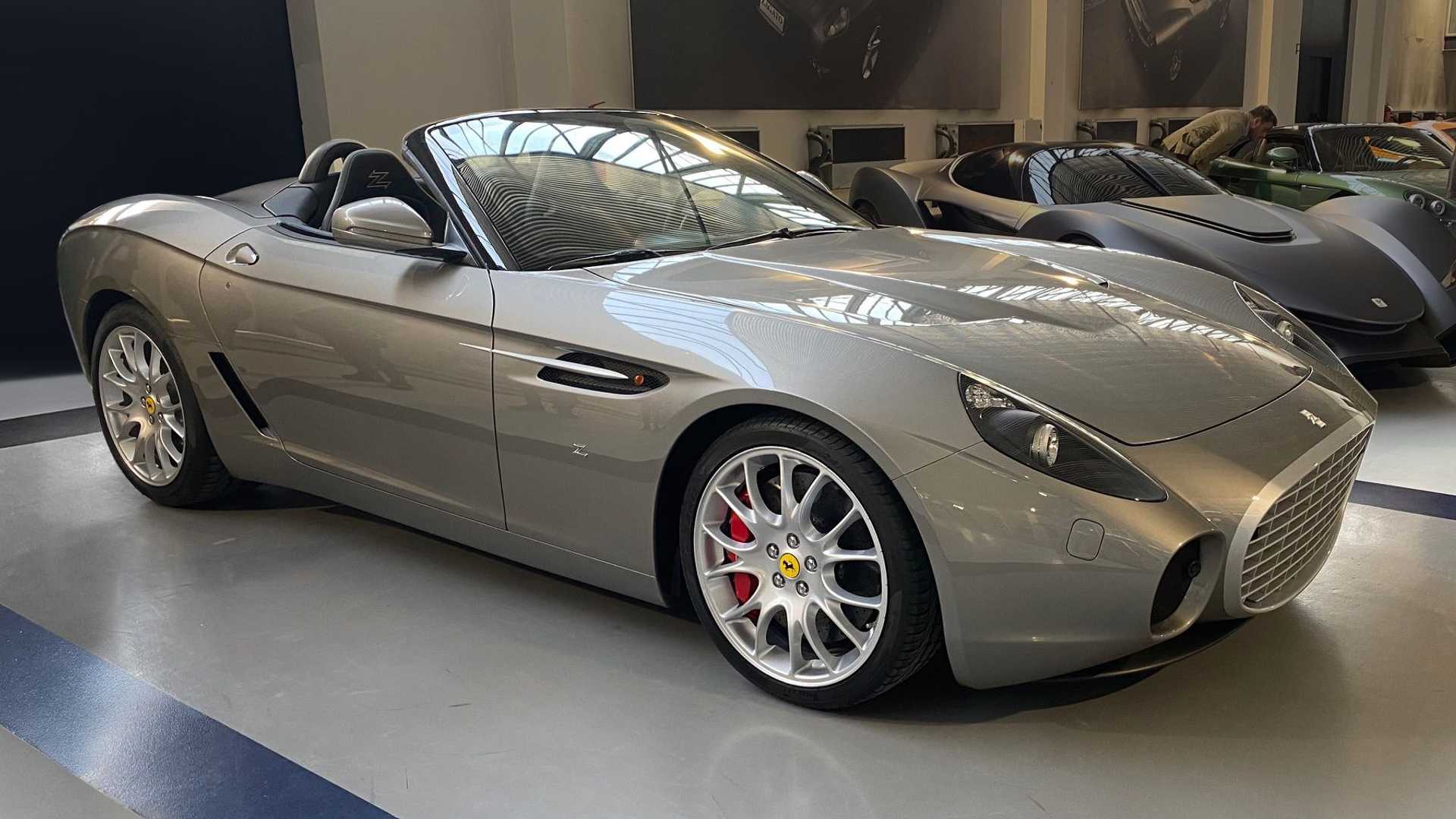 It's one of just six built by noted coachbuilder Zagato.

Ferrari and Zagato aren't often associated with one another. The noted coachbuilder has a long history of design involving a variety of brands, with Aston Martin arguably being the best-known among them. Perhaps that's why this exceptionally rare Ferrari 599 GTZ Nibbio Spyder exudes an Aston Martin aura, but it's pure Prancing Horse beneath the silver skin. And you can buy it in February through RM Sotheby's auction in Paris.

According to the auction listing, the car started life as a 2009 Ferrari 599 GTB, and actually, it spent the vast majority of its life as such. It was originally sold in Switzerland and accumulated 12,490 miles before Zagato entered the scene. Though it's a 2009 model, the conversion is actually very recent, going to Zagato in January 2020 for its custom body and covering just 497 miles since then. Only six Nibbio Spyders were made and each is a different color. In other words, you won't see another car like this one anywhere in the world.