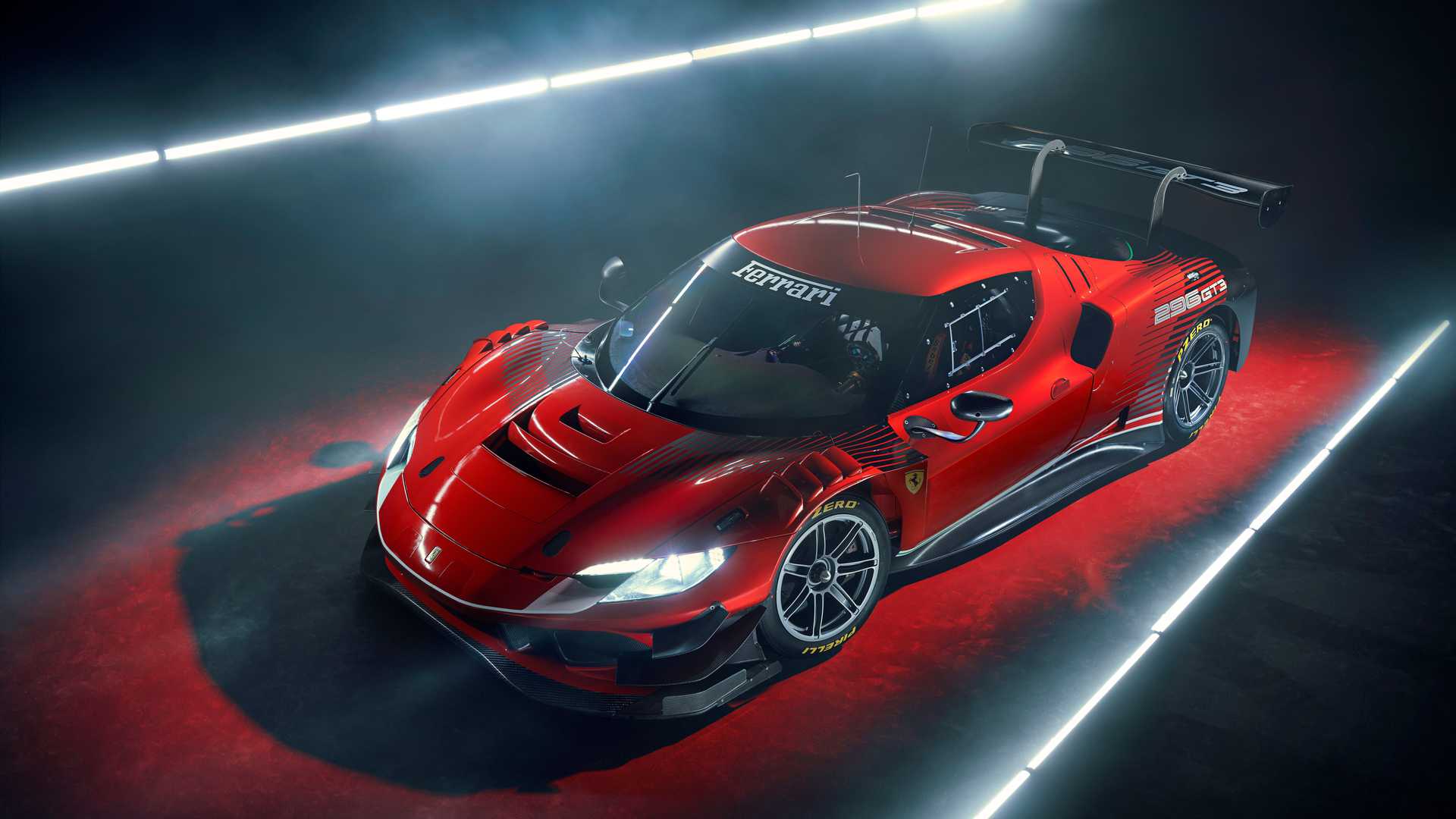 The brand from Maranello returns to a mid-rear-mounted V6 layout.

Merely a few days after Maserati unveiled the new MC20 GT2 race car, Ferrari debuts the 296 GT3 that represents the future of track GT racing for the Prancing Horse. The successor of the 488 GT3 is based on the 296 GT3, which is currently the automaker’s latest and greatest two-seater mid-rear-engined sports vehicle.

Marking Ferrari’s return to motorsport with a mid-mounted six-cylinder engine like the 246 SP, the 296 GT3 features a 120-degree V6 turbocharged powertrain. Built to meet the needs of “teams, professional drivers and gentlemen drivers,” the car has been designed in every detail meeting FIA’s new GT3 regulations.

The heart of the 296 GT3 is a race engine based on the mill that powers the road-going model. It is a V6 with turbochargers positioned inside the vee, bringing benefits in terms of packaging, center of gravity, and weight. The powertrain has been tweaked to reduce fuel consumption as much as possible without sacrificing performance – one such measure is the alternator which is attached to the gearbox for improved compactness.

The engine is mated to a new transmission developed especially for this race car. The gearbox incorporates a single-disc clutch design with six gears with electronic clutch actuation. Steering-wheel-mounted paddle shifters provide a new gearshifting method compared to the 296 GT3’s predecessor.

Possibly the largest amount of development work has been invested into the car’s aerodynamics. Meeting FIA’s GT3 regulations, the body kit generates 20 percent more downforce compared to the previous generation GT3 race car from Ferrari. Another highlight of the new competition car from Maranello is its cockpit, which offers improved intuitiveness, visibility, and accessibility for the drivers. The interior has been designed from scratch based on input from factory pilots and customers from the motorsport scene.

The concept project for the 296 GT3 race car first emerged at Ferrari’s R&D center in 2020 when the first CFD simulations were released. Now in its final stage of testing, the machine has already completed tens of thousands of miles in evaluations. The official motorsport christening is scheduled for the 2023 Daytona 24 Hours.