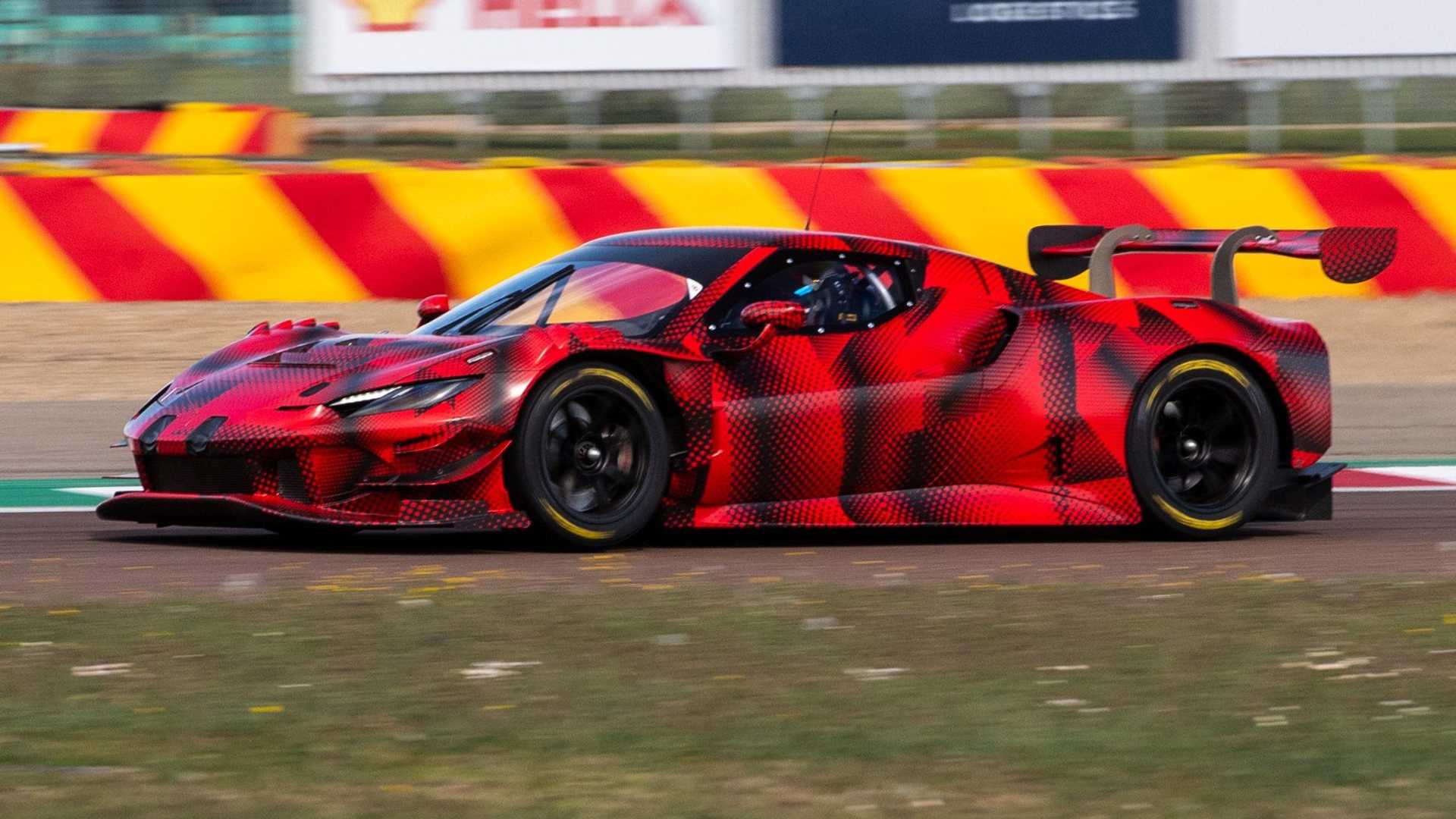 It starts racing next year, but testing is underway.

‎Racing is a vital part of Ferrari's brand image, and that goes well beyond just Formula One. As an example, here's a video of the upcoming Ferrari 296 GT3 under development at the brand's Fiorano test track.

This is a much better look at the 296 GT3 in comparison to the earlier teaser that only shows the race car in shadow. The machine's body wears some camouflage, but Ferrari's development team really can't hide the aerodynamic changes that make the coupe perform better on the track.

In front, there's a redesigned lower fascia that has a concave shape against the ground. The splitter is more prominent and has vertical sections on each corner. Canards are also on the outer edges of the body. The top of each front fender has prominent louvers. The hood gains a vent near the middle.

From the rear three-quarter perspective, you can see the wider track, which requires revised bodywork around the doors in comparison to the road car. The designers also stretch the rear fenders.

Unlike the production 296 GTB, the engine is not visible through the rear deck. It appears there are small vents in the panel, though.

The rear end has two, round exhaust pipes poking out. It's a much more utilitarian look than the trapezoidal outlet that's in the center of the road-legal version. Both feature a prominent diffuser, but the one on the race car is larger.

In addition to this spy video, Ferrari released an announcement that the Ferrari 296 GT3 completed its evaluation at Fiorano. The development included a mix of running a few laps and doing longer stints, in addition to pit stop checks. Two-time 24 Hours of Le Mans GTE Pro class winner Alessandro Pier Guidi was among the test drivers.

"I am delighted with how the two days of testing here at Fiorano went. The Ferrari 296 GT3 proved to be a delightful and precise car to drive," said Guidi in Ferrari's announcement. "Obviously, at this stage the work focused on testing the systems and essential reliability, and we are pleased with the data we gathered."

The 296 GT3 will use a non-hybrid version of the GTB's twin-turbocharged 3.0-liter V6 because the electrical assistance won't be allowed under the racing regulations. It will begin racing in 2023 as a replacement for the 488 GT3 and 488 GT3 Evo.