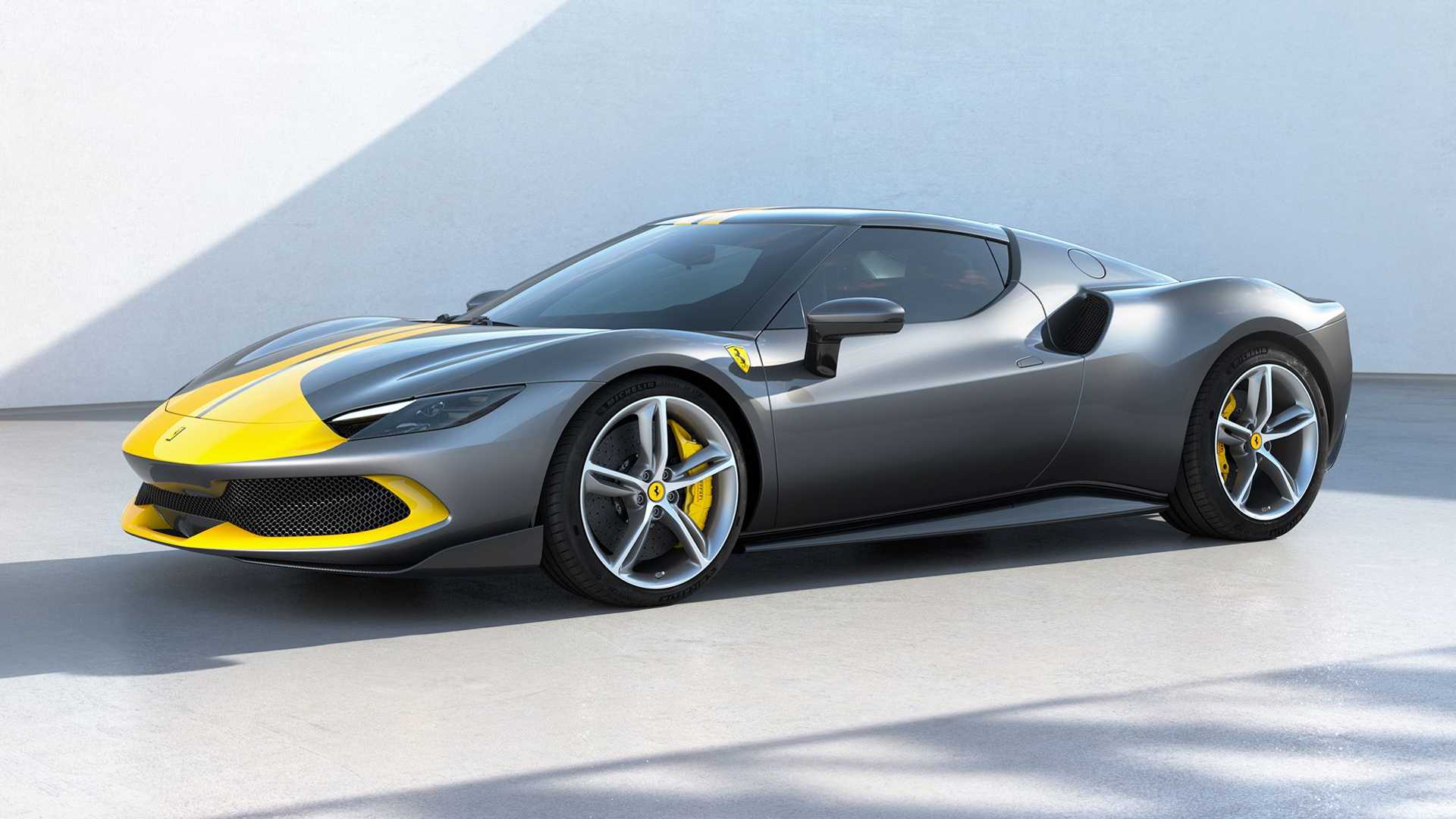 It's the first six-cylinder Ferrari to feature the Prancing Horse badge.

After a long hiatus, the six-cylinder Ferrari has returned, but don't call it a Dino. Instead, the new sports car from Maranello gets its name from the engine's displacement (2.9 liters) and the number of cylinders (six), plus the GTB suffix representing Gran Turismo Berlinetta. It's actually a 3.0-liter unit (2992 cc) engine and is installed in the very first Ferrari road car to carry the fabled Prancing Horse since its spiritual predecessor had Dino badging.

A new Ferrari with two fewer cylinders than the F8 Tributo might sound like a downgrade, but that's hardly the case once you factor in the plug-in hybrid system. But first, let's talk about the combustion engine, which is an all-new development and unrelated to Maserati's Nettuno inside the MC20. It's the company's first engine to have the turbochargers installed inside the vee to provide better packaging while shaving off weight and lowering the center of gravity.

With 218 horsepower per liter, Ferrari claims it has set a new specific power output record for a road-going production car. The gasoline engine alone develops 654 hp, and with the help of the electric motor, the new 296 GTB offers a total output of 818 hp (610 kW) and 740 Nm (546 lb-ft) of torque. It borrows the latest combustion chamber development from its bigger brother, the SF90 Stradale, and makes use of all-new IHI turbochargers that work at up to 180,000 rpms.

How does it stack up against its chief rival, the McLaren Artura? The new electrified machine from Woking – which has a combined output of 671 hp and 720 Nm (531 lb-ft) – takes a tenth of a second longer to 62 mph and a full second more to 124 mph and has the same top speed. The British sports car also uses a 3.0-liter twin-turbo V6 working together with an electric motor. 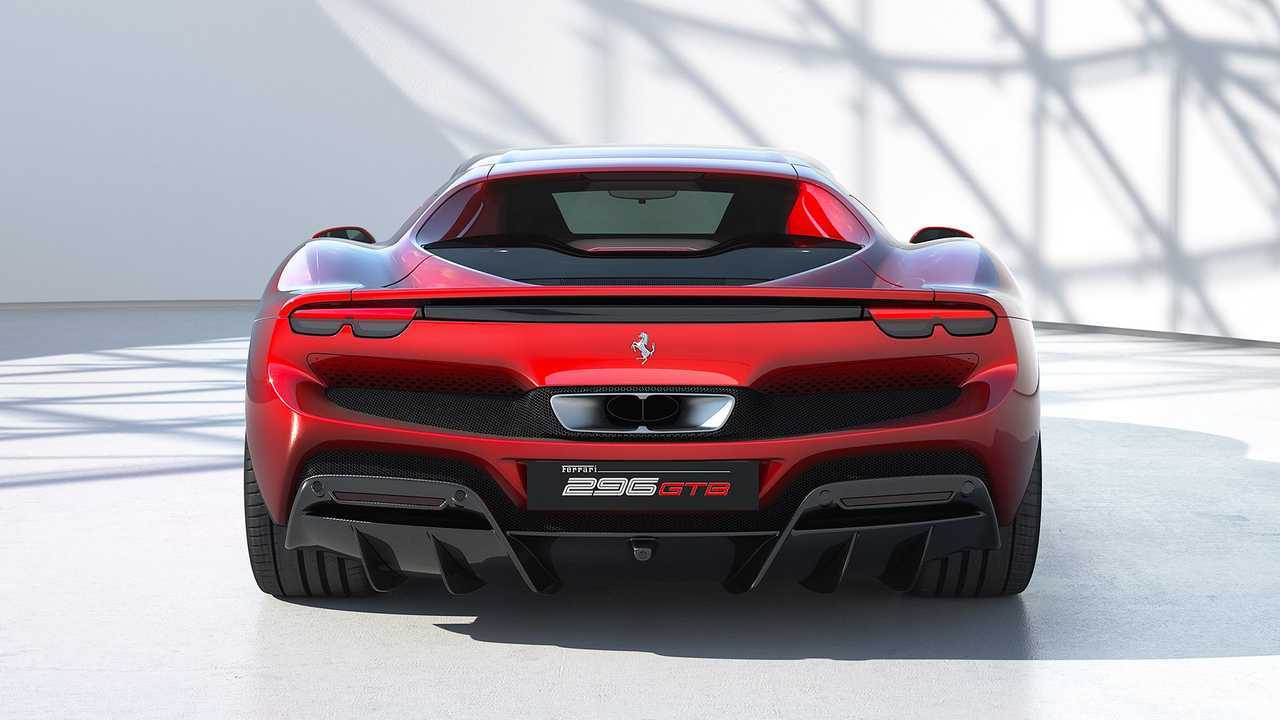 Power is channeled to the road through an eight-speed, dual-clutch automatic transmission already seen in the SF90 Stradale / Spider, Roma, and Portofino M. Ferrari has fitted the 296 GTB with a 7.45-kWh battery mounted under the floor, providing enough juice for a limited electric range of 16 miles (25 kilometers), which is three miles shy of the Artura's zero-emissions range.

By now, you are probably wondering how much the car weighs after adding the PHEV setup. It has a dry weight of 1,470 kilograms (3,241 pounds) provided it's fitted with the optional Assetto Fiorano package. It encompasses more carbon fiber inside and out along with a Lexan rear window, plus Michelin Sport Cup 2 R tires and a special livery serving as a nod to the 250 Le Mans. 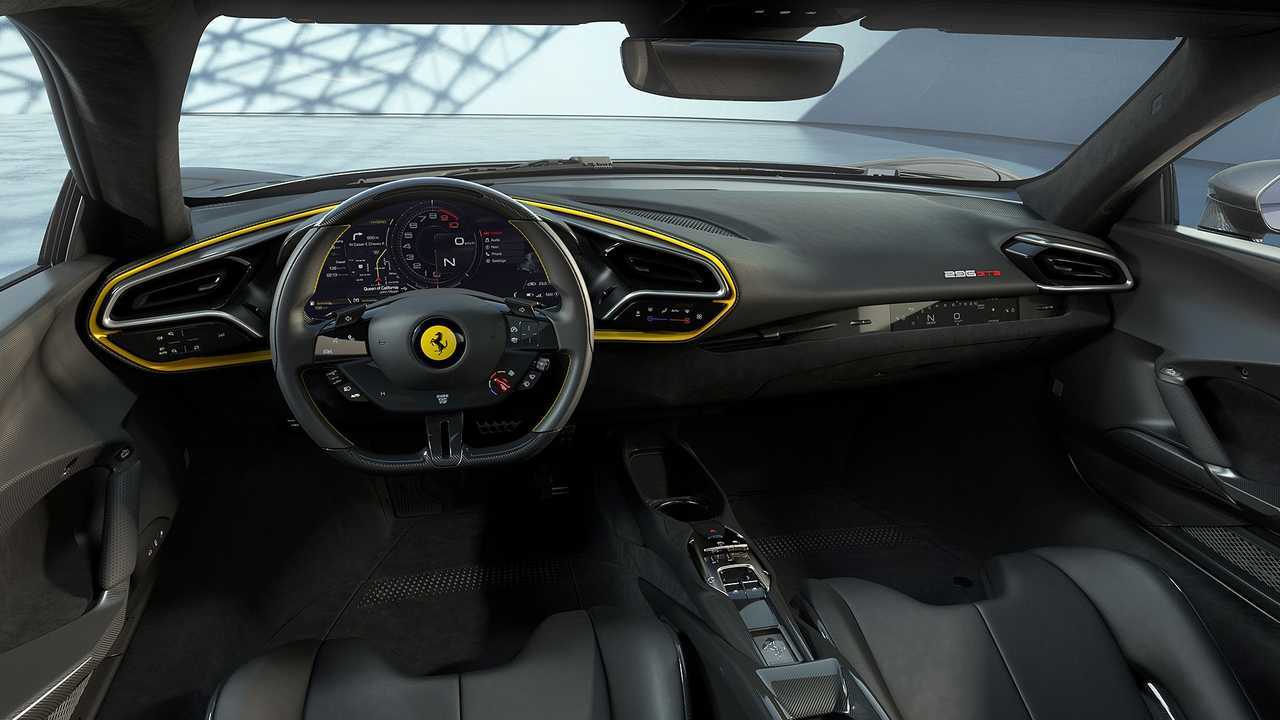 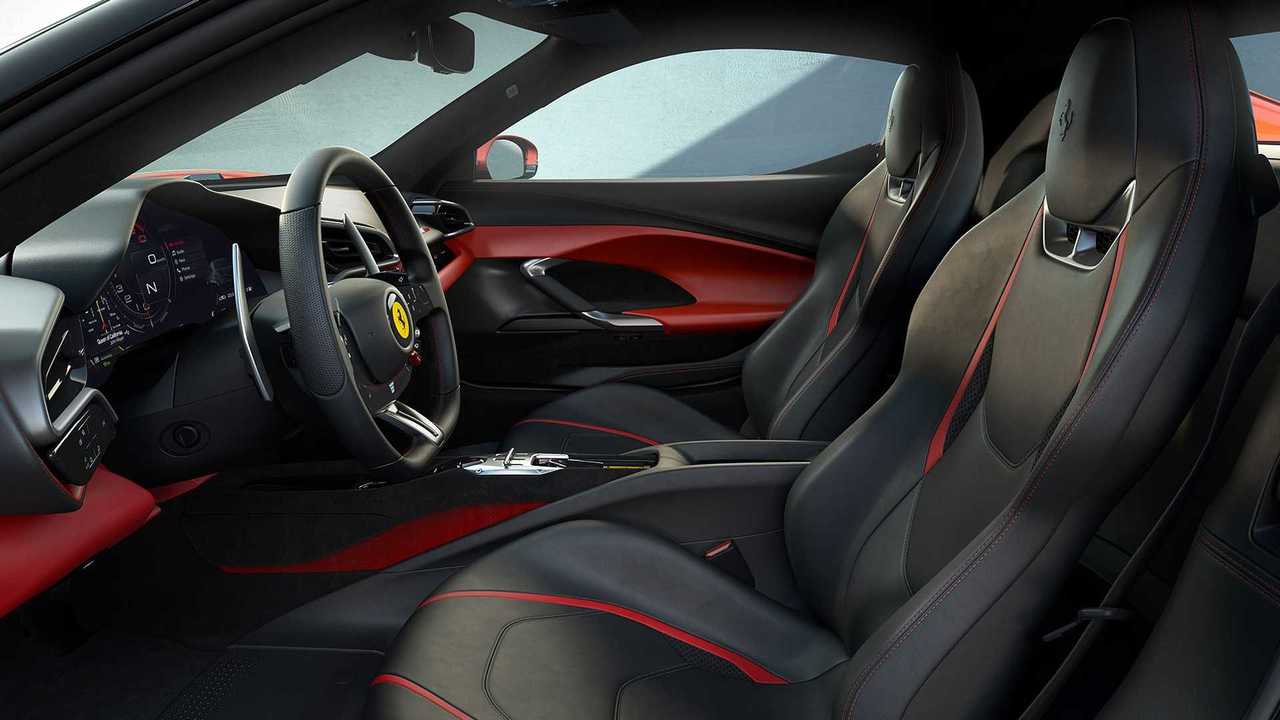 It's only 35 kg (77 lbs) heavier than the F8 Tributo while carrying an extra 75 kg (165 lbs) over the dry weight of the Artura in its lightest form. Ferrari has already tested the 296 GTB at Fiorano and claims it is 1.5 seconds quicker, lapping the company's track in 1 minute and 21 seconds.

Since we mentioned the 250 LM earlier, Ferrari claims the exterior styling illustrates the "perfect marriage of simplicity and functionality" much like the 1963 race car. The active rear spoiler at the back takes after the LaFerrari's while the windscreen wraps around onto the side windows akin to the J50 and other limited-run models. The digital-heavy interior is derived from the SF90 Stradale with capacitive controls and a standard passenger-side display.

The 296 GTB is a sign of things to come as the Purosangue SUV debuting in 2022 is expected to offer a variation of the same 120-degree V6, with electrical assistance likely thrown into the mix as well.