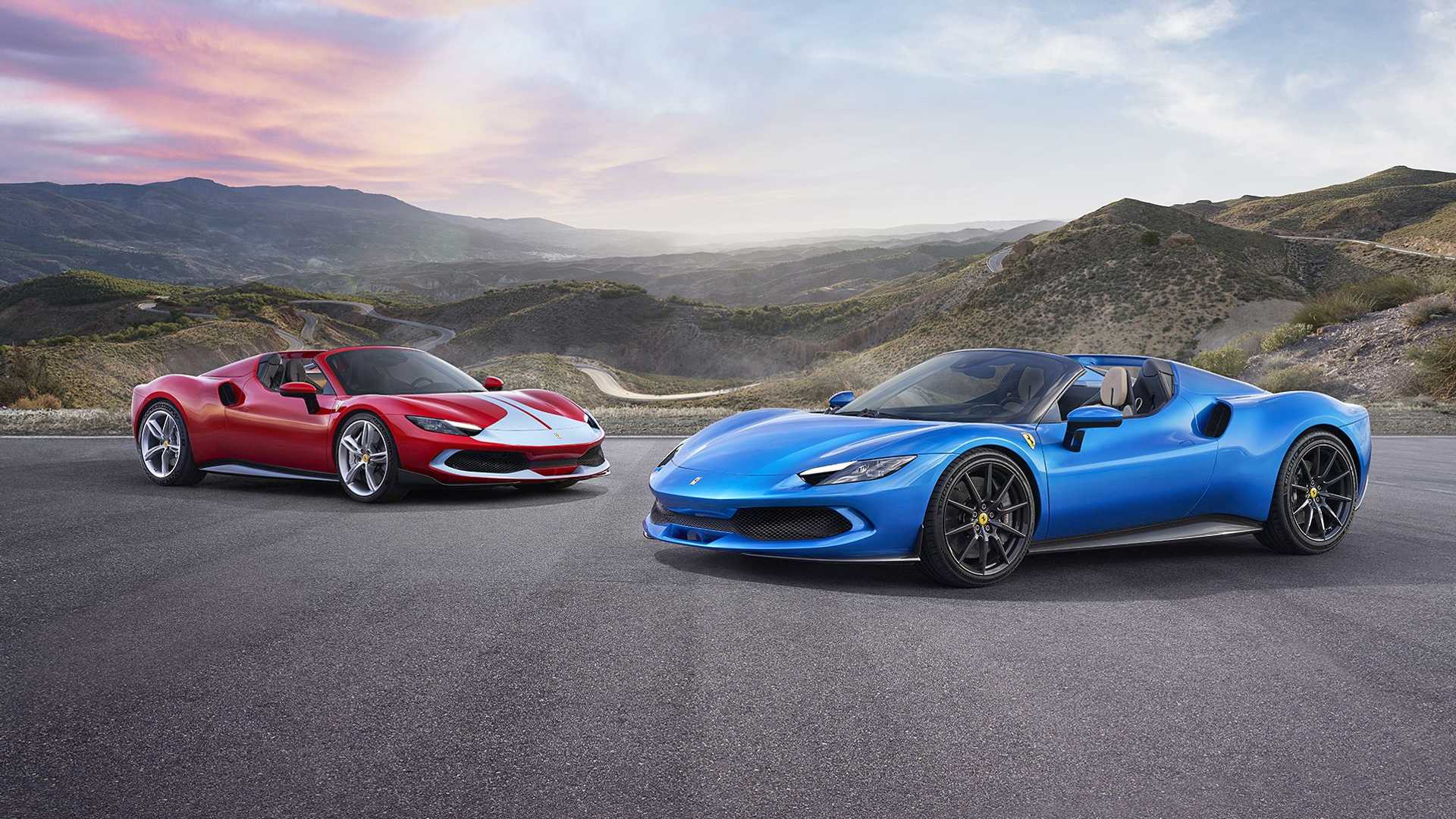 The retractable hardtop needs 14 seconds to go up or down.

June 2021 brought us the first Ferrari-badged V6 supercar and now we're getting acquainted with its more practical sibling. No, there aren't additional cargo areas in that two-seat cabin, but you can now take the roof down for unlimited headroom. Yes, the 296 Gran Turismo Spider (GTS) is here to soak up the sun better than the 296 GTB.

In typical Ferrari fashion, it gets a retractable hardtop (RHT), which largely maintains the look of the coupe when it's up. The folding roof needs 14 seconds to go up or down while the vehicle is traveling at speeds of up to 30 mph (45 km/h). Press the button to lower the top and the roof will split into two sections that fold flush over the engine bay.

Being the convertible, one-percenters will probably be worried about the weight penalty over the coupe. After all, a folding roof – especially a hardtop – adds complexity since body reinforcements have to be made to maintain rigidity. The 296 GTS has a dry weight of 1,540 kilograms (3,395 pounds) provided it's fitted with the optional Assetto Fiorano package. Doing the math, it makes the Italian Spider 70 kg (154 lbs) heavier than its coupe sibling.

Much like the version with the fixed roof, the new 296 GTS has an all-electric driving range of 15.5 miles (25 kilometers) courtesy of a 7.45-kWh battery pack. As with the coupe, the mid-engined cabrio uses the same dual-clutch, eight-speed automatic transmission installed in the SF90 Stradale / Spider as well as the Roma / Portofino.

The 296 GTS is not the only debut planned for this year by Ferrari as in just a few short months, the wraps will finally come off the Purosangue SUV.