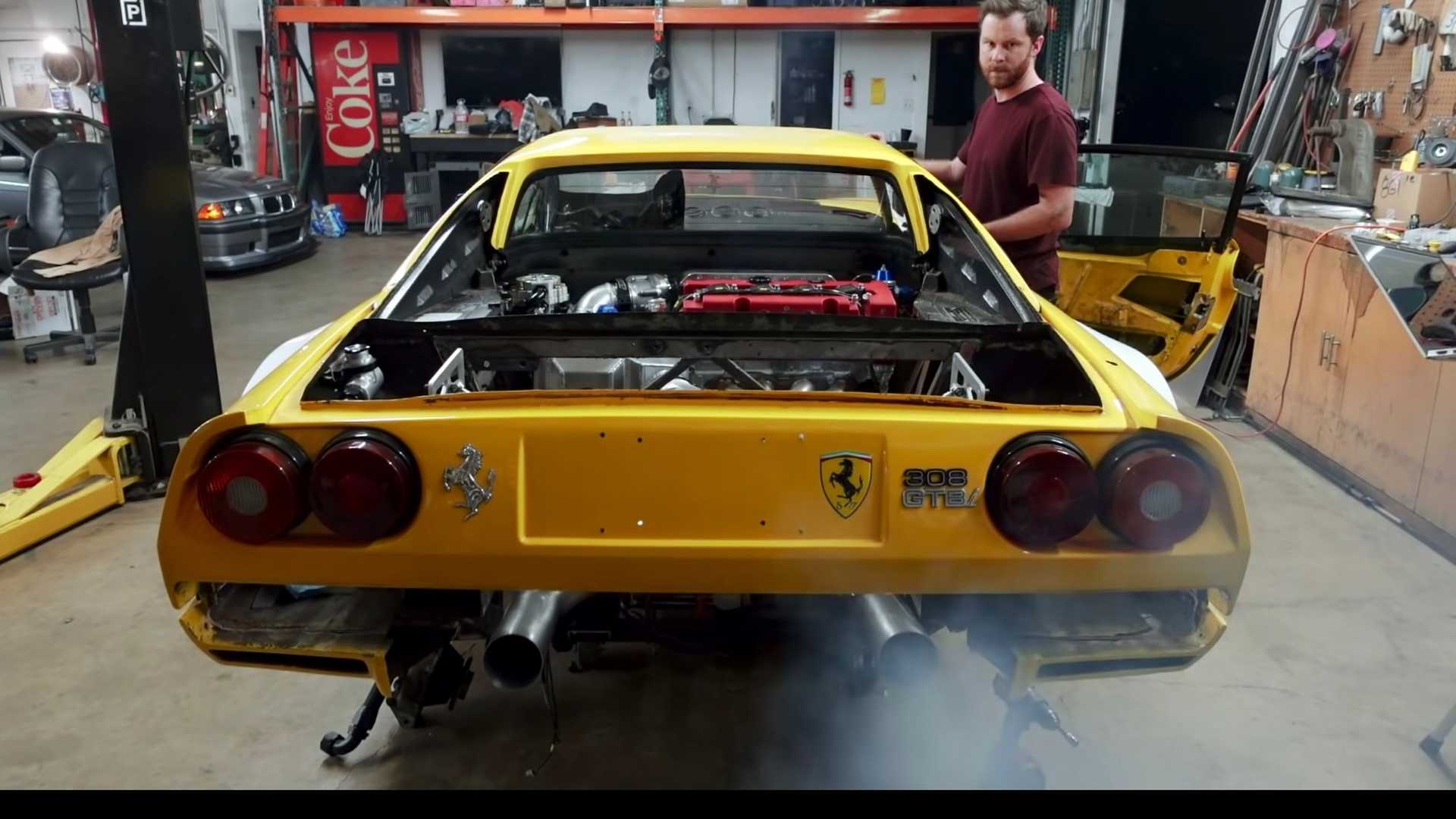 Forget the V8, this one has a turbocharged Honda K24 engine now.

Ferrari purists should look away because this 308 GTBi no longer has its Modena-built V8, and there's now a turbocharged Honda K24 occupying the engine bay. This video shows the swapped powerplant's first startup.

The embedded clip above starts right when the engine turns over. The staccato raspiness from the Honda engine makes it sound like the world's angriest popcorn popper. The cause of this interesting sound is the Vtec system delete, according to the video's host Mike.

The engine runs on a modern ECU that allows for on-the-fly tuning. The person with the laptop is making these tweaks to adjust the idle speed and monitor the air-fuel mixture. The cooling system isn't currently functional, so they can't operate the powerplant for too long.

In the near future, Mike wants to have a cooling system in place. The car still needs axles, too. A set of wheels is also a necessity. The interior needs some work because the passenger side currently holds a mess of wires.

Check Out These Modified Ferrari 308s:

If you like to get into the details, then we highly recommend checking out the earlier part of the video where Mike prepares to get the engine running. The work includes assembling a battery box and fitting the necessary oil lines to the dry-sump system. He makes a lot of his own fittings and does a lot of his own TIG welding.

Mike intends this Ferrari to be a time attack car. As the name implies, this form of motorsport isn't about racing door-to-door in an effort to reach first place. Instead, competitors attempt to set the fastest lap around a given circuit.

Since this Honda-powered Ferrari has racing in its future, Mike is tuning it to run on 110-octane gasoline. He figures he can also find this fuel at the track.

The reason for this swap is that Mike feels like the stock 308 GTBi is "underpowered, overweight, and overpriced." He might have a point because in the US this fuel-injected 2.9-liter V8 makes a mere 202 hp. This might be okay by the performance standards of the early 1980s, but Mike shows there are ways to make a lot more power today.