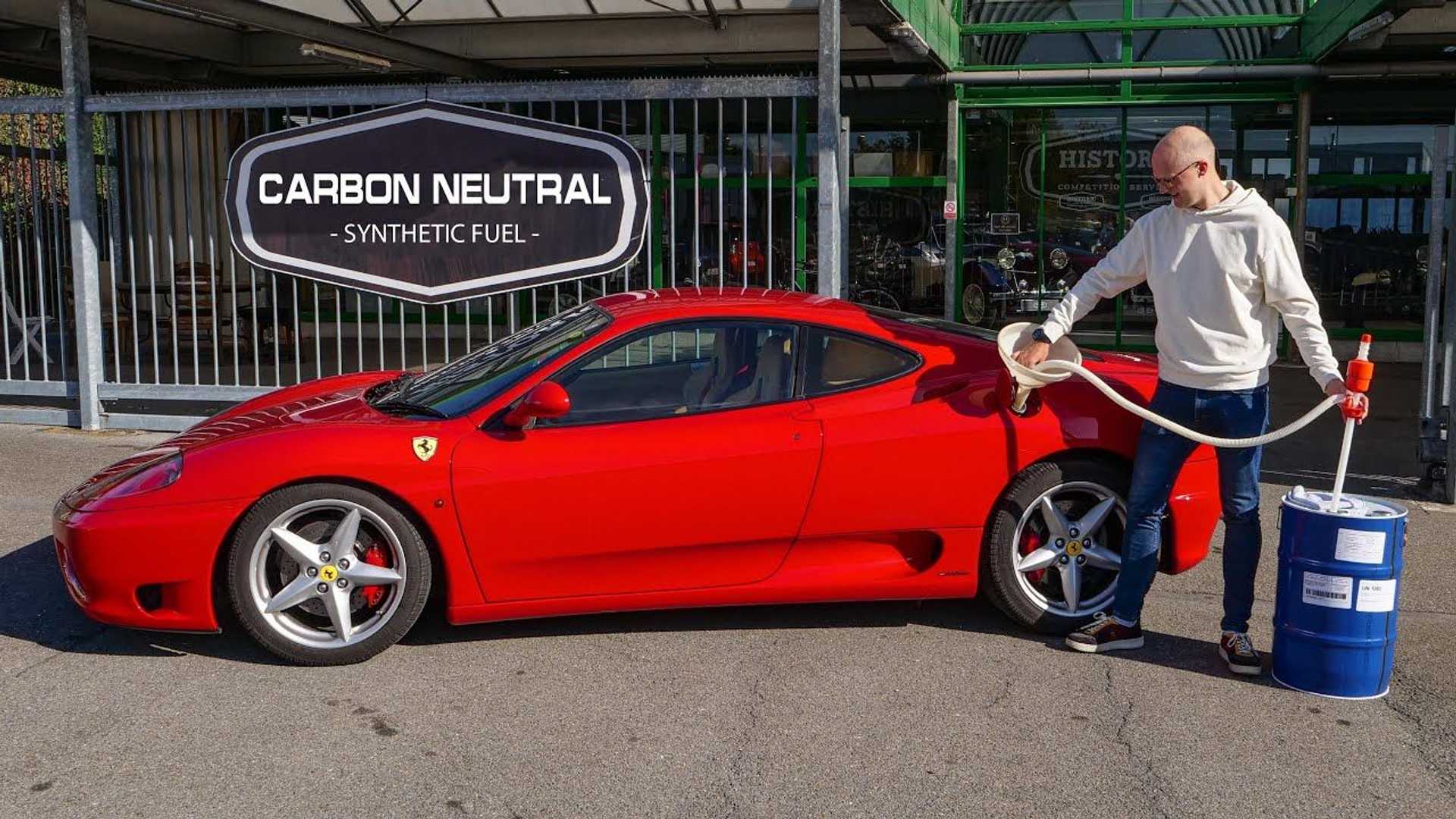 Ferrari 360 Running On Synthetic Fuel Is A Carbon Neutral Supercar

It's the same fuel used by race cars in the World Rally Championship.

Synthetic fuels aren't science fiction. They're already here and being used in some applications, including racing. Racing fuel isn't necessarily something suited for the street, but the Seen Through Glass YouTube channel ventured to P1 Fuels to evaluate the company's biomass-based gas in a production vehicle.

Granted, the average person isn't tooling around town in a Ferrari 360. But the supercar still serves as a benchmark for seeing how a street engine designed for fossil fuels performs with something a bit different in the tank. In this case, the fuel is produced with a combination of biomass and hydrogen. The biomass is crop-based, and when it's all processed the result is a fuel that functions like gasoline.

Yes, that also means it burns and releases carbon emissions like gasoline. However, the carbon released is already part of the current carbon cycle, absorbed over months as the crops grow versus fossil fuels which have sequestered carbon for millions of years. As a result, the video states this is technically a carbon-neutral solution. Moreover, it doesn't rely on a finite source of oil. Gather some old crops, process them into fuel with hydrogen, and you're off to the races.

In the case of P1 Fuels, we mean that literally. The company already supplies synthetic fuel to the World Rally Championship, and the fuel was recently used as a demonstration in a 1990s-era F1 car. With such machines serving as examples, this Ferrari owner confessed to being comfortable giving it a test in the 360's high-revving 3.6-liter V8. And to no real surprise, the car performed like a Ferrari should, with no discernable difference in performance. The only aspect not addressed by the video was fuel mileage.

The video also takes us inside Historic Competition Services in Belgium for a quick look at some glorious prewar classics like an Alfa Romeo RL. This isn't any coincidence, as the video explains how synthetic fuels could help preserve a future for combustion engine cars, especially classic machines near and dear to the hearts of enthusiasts.