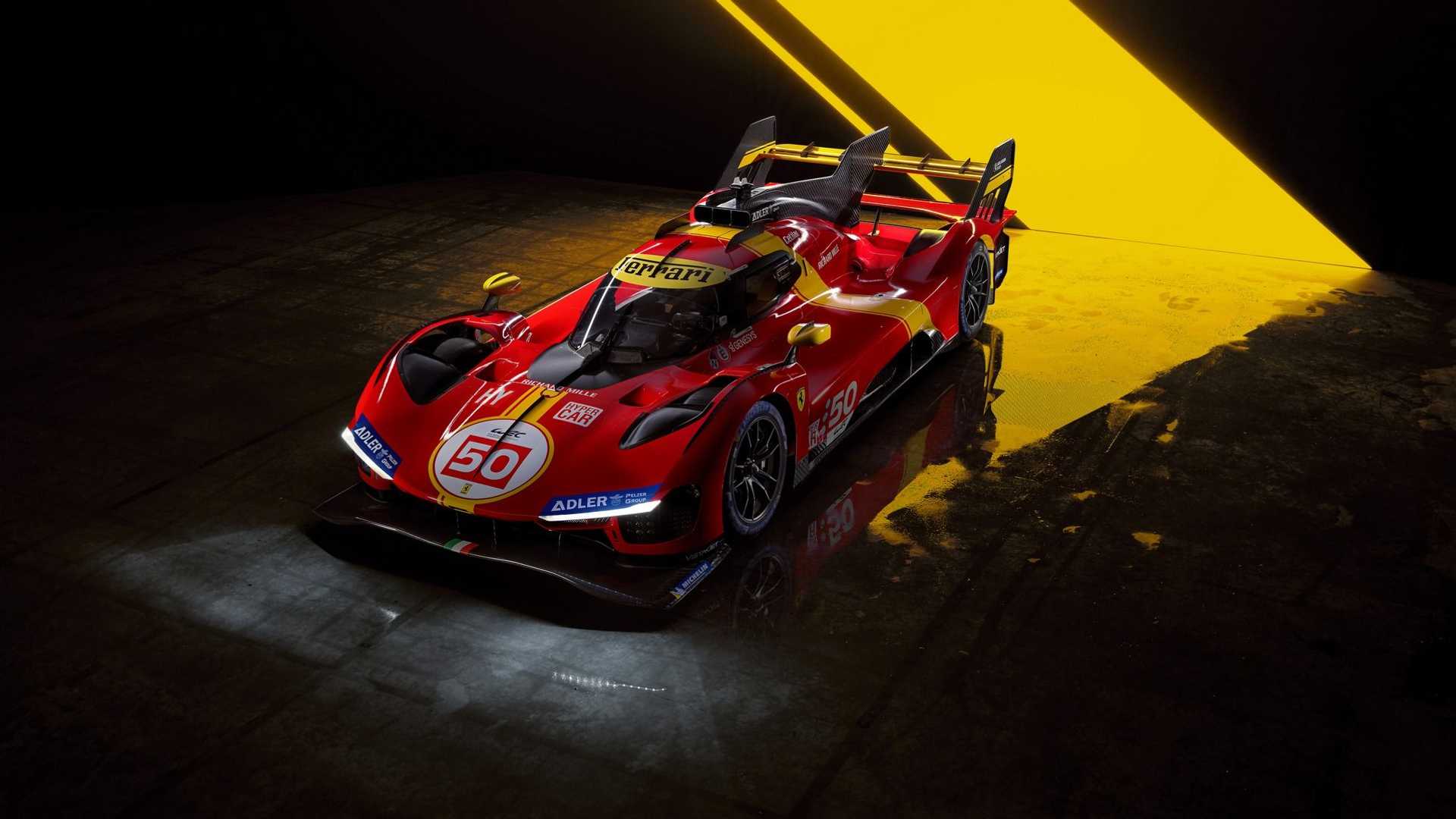 The livery harkens back to the 1970s.

After a long wait, Ferrari has taken the wraps off its new Le Mans Hypercar set to compete next year in the FIA World Endurance Championship (WEC). The squad from Maranello has chosen the "499P" name to echo the nomenclature it's been using for decades. "499" refers to the capacity in cubic centimeters of each cylinder while the "P" represents prototype. At the heart of the electrified machine is a 3.0-liter V6 with a pair of turbochargers.

Although the six-cylinder mill has the same 120-degree architecture as the engine used by the 296 GTB / GT3, Ferrari told our sister site Motorsport.com it's "not the same engine." Leading the design and development of the Ferrari Attivita Sportive GT sportscar racing department, Ferdinando Cannizzo said the engine is structurally different and the V6 was chosen for being lightweight and compact.

The mid-rear combustion engine develops a maximum output of 680 horsepower (500 kilowatts) to comply with regulations. It works together with a front-mounted electric motor rated at 272 hp (200 kW) that draws its necessary juice from an F1-derived, 900-volt battery recharged during deceleration and braking. The powertrain is linked to a seven-speed sequential transmission and is capped at a combined output of 680 hp (500 kW).

Unveiled at the Ferrari Finali Mondiali at Imola, the 499P has Daytona SP3 design cues along with a red livery with yellow accents as a throwback to the 312PB of the early 1970s. The two cars will carry the race numbers #50 and #51, with the former representing half a century since the Prancing Horse last competed in top-tier racing at Le Mans. The latter is a prolific number used by Ferrari race cars in GT racing.

The 499P has done more than 7,500 miles (12,000 kilometers) of testing with two prototypes and will be fully homologated before the year's end. Its motorsport debut is scheduled to take place in mid-March 2023 during the inaugural WEC round at the Sebring 1000 Miles.