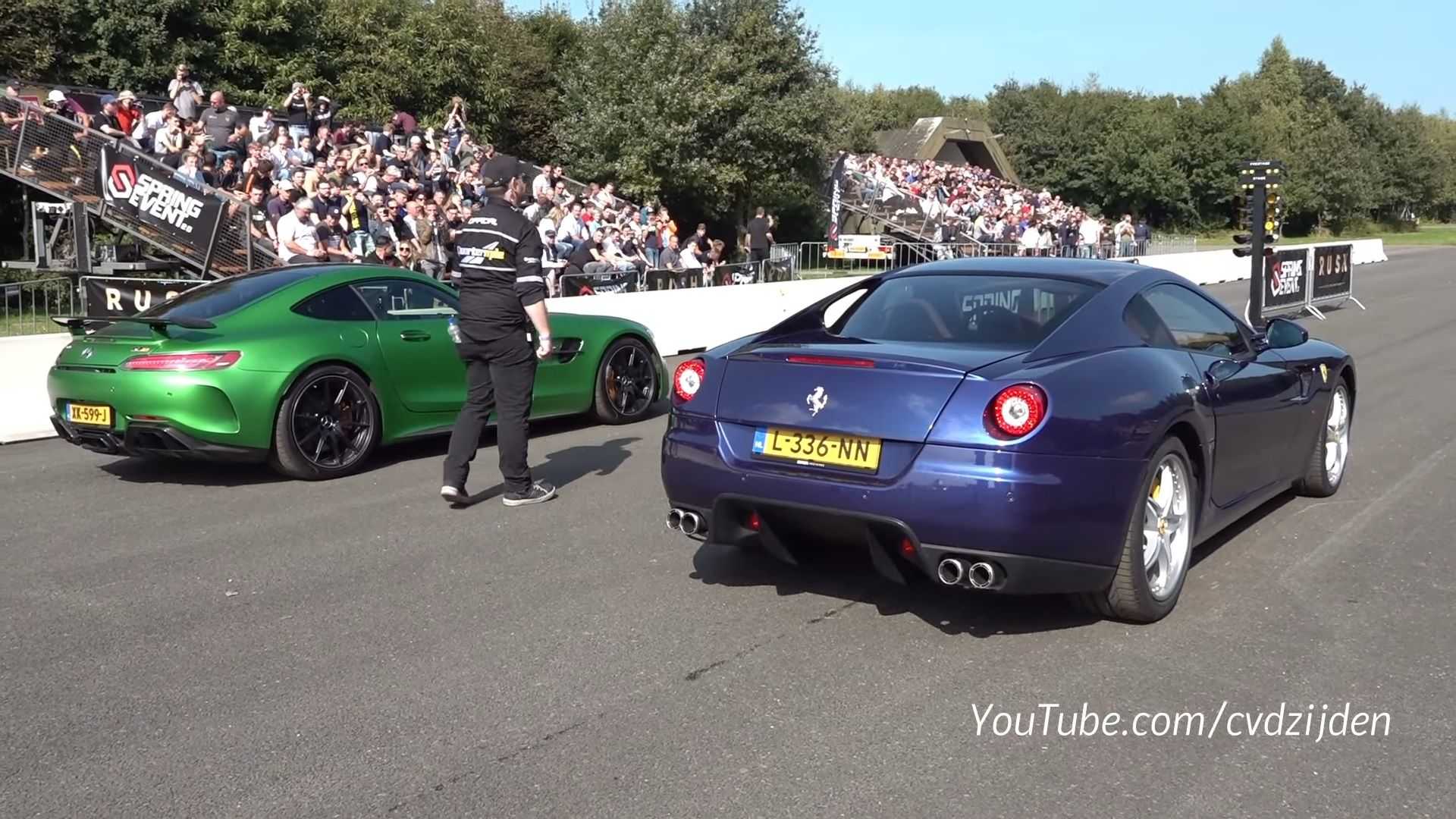 The veteran versus several young guns.

Some say the Ferrari 599 was one of the best cars to roll out of Modena in the last 20 years. It was a significant leap forward compared to its predecessor, the 575M, in design and performance. The 599 also came out during one of the best eras for Ferrari, having launched the Enzo, F430, and 599 in quick succession.

As impressive as it was, how does the 599 fares compared to modern performance cars? The recent Petrolhead Spring Event in the Netherlands answers that question. It's the veteran 599 mostly against cars half its age.

But before we tell you how it did, let's take a look at the 599's stats. The car used in the drag event was the HGTE (Handling Gran Turismo Evoluzione). However, the handling package doesn't do anything for the engine. The 599 HGTE retains the standard model's output of 612 horsepower (456 kilowatts) and 448 pound-feet (608 Newton-meters) of torque.

Check Out These Special 599 models:

One of the first cars the 599 faced was a Hamann-tuned BMW X5M. While the BMW's all-wheel-drive system gave it a quick getaway, the Ferrari's V12 reeled it in eventually. The 599 also went head to head against the latest-generation M3, an AMG GT, and even one of its contemporaries, a Lamborghini Gallardo Superleggera.

You will see the 599 win and lose some rounds. As impressive as it was about 15 years ago, the races show how far the performance car goalposts have moved since 2007. On the other hand, we also see the grand touring Ferrari still holding its own versus the younger cars. Either way, you get to enjoy some great exhaust notes in this clip that will make most of us happy.