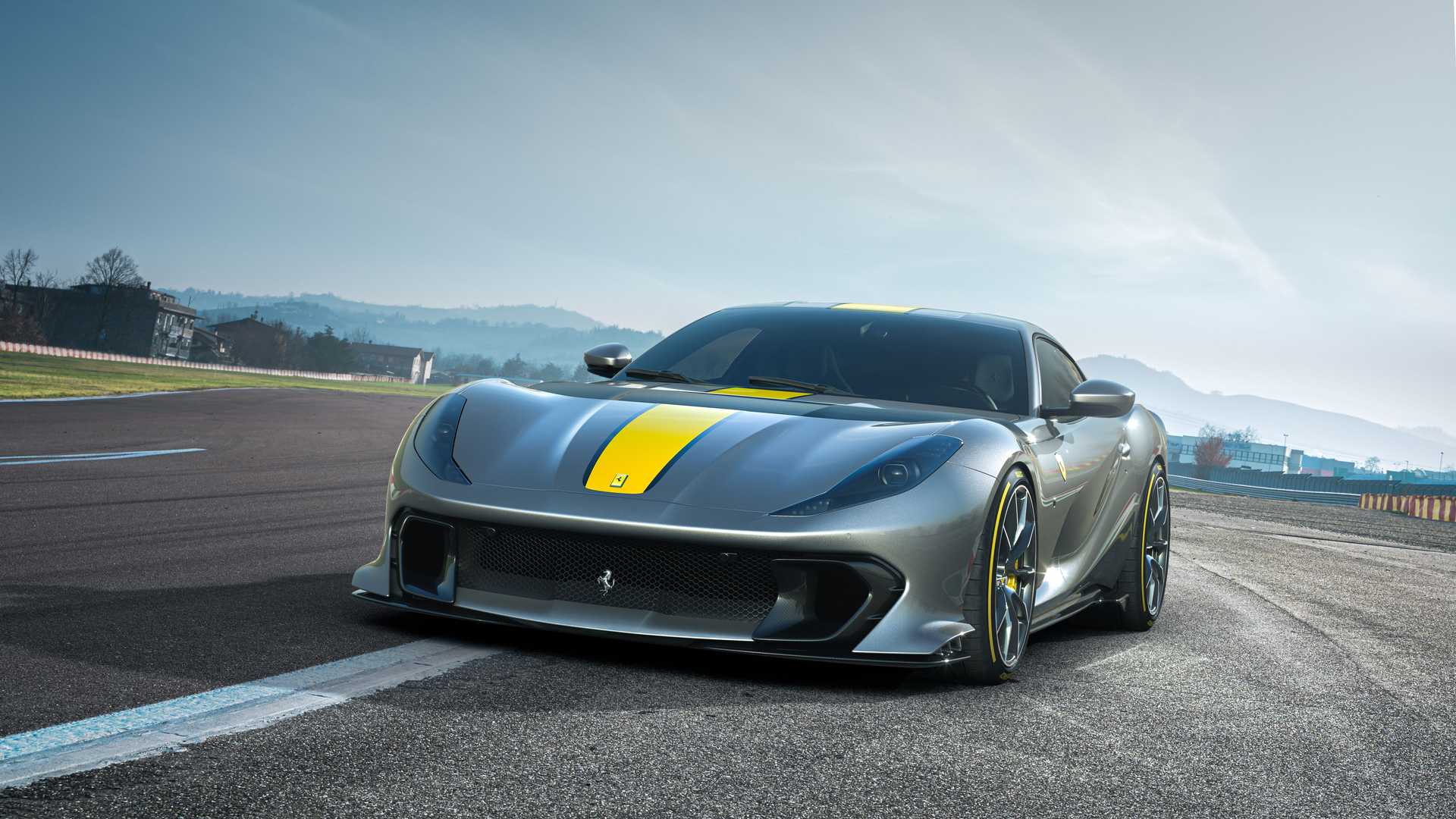 Ferrari 812 Competizione And 296 GTB Spotted Up Close In London

A sight to behold.

Deliveries of the Ferrari 812 Competizione won’t begin before the first quarter of next year but one example of the brand’s new V12 flagship model was recently spotted on the streets of London. The video above begins with the supercar being unloaded from a trailer still wearing factory protection wheel caps. Then, it’s being revved a few times and driven at low speeds before a 296 GTB joins it.

We don’t know the exact story behind this particular 812 Competizione, though it’s probably in London for demonstrational purposes. At the end of the video, we get to see the supercar being parked in a Ferrari dealership. As said above, customer deliveries are not slated to begin before the first quarter of 2022, while the open-top Aperta model should follow in Q4 of 2022.

What could be one of the last naturally aspirated V12 cars to come from the Prancing Horse has a modified 6.5-liter engine which was massaged to deliver a peak output of 830 horsepower (619 kilowatts) and 510 pound-feet (692 Newton-meters) of torque. It’s the most powerful combustion engine in a production Ferrari ever, though that’s about to change as the automaker already confirmed a beefier V12 is in the works.

What's Happening Behind The Curtains:

As for the 296 GTB, it’s basically the first six-cylinder Ferrari to feature the Prancing Horse badge and comes powered by a hybrid system. It consists of a 3.0-liter gasoline engine with 654 hp (488 kW) supported by an electric motor for a grand total of 818 hp (610 kW) and 546 lb-ft (740 Nm) of torque. When all the potential is unleashed, the car reaches 62 miles per hour from a standstill (0-100 kilometers per hour) in 2.9 seconds.

Seeing Ferrari’s new flagship model on the street is an amazing event alone but when you have two of the brand’s latest and hottest products next to each other, that’s a sight to behold. Enjoy the video!