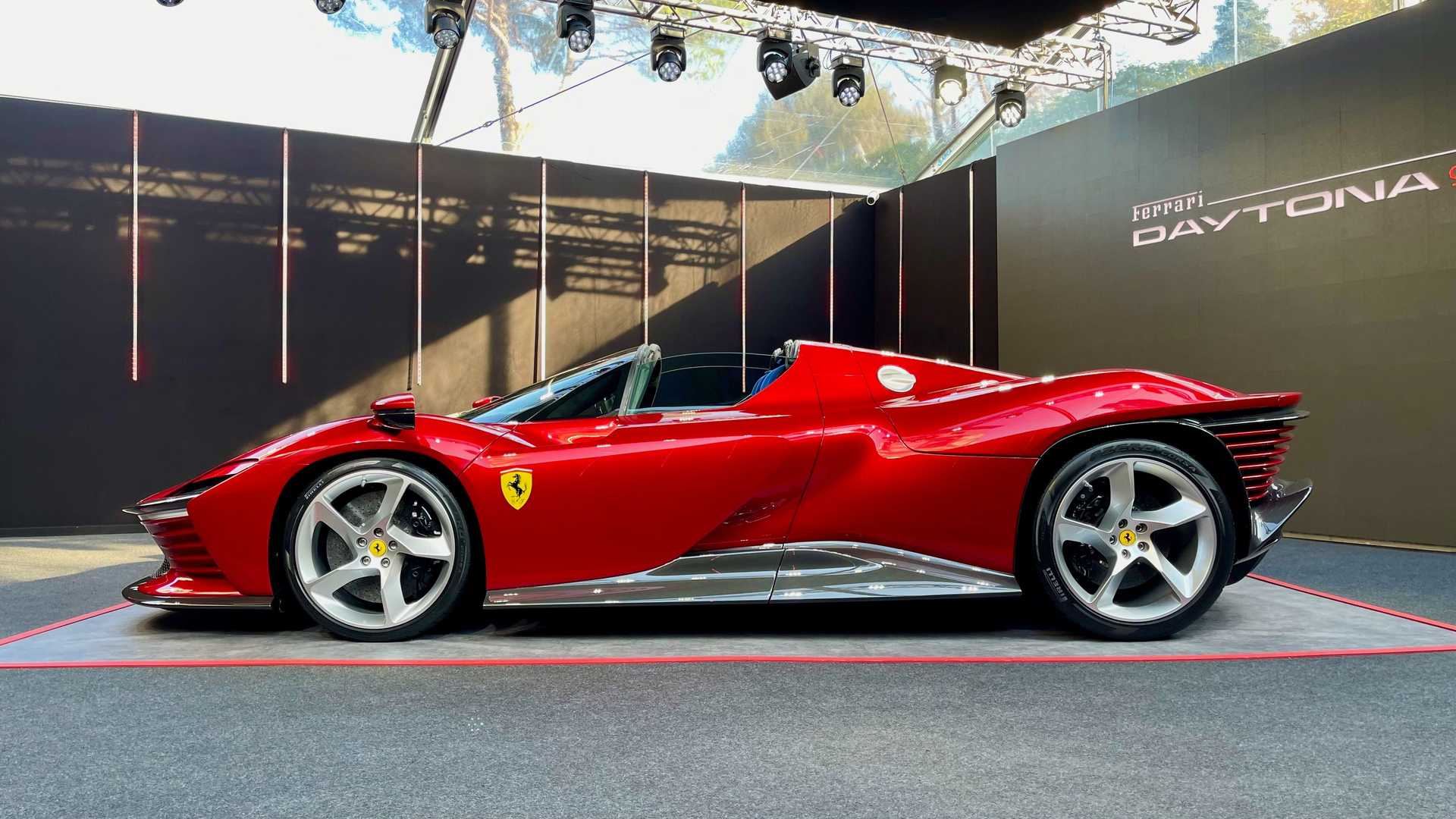 The V12 could live on for the next models.

The Ferrari Daytona SP3 is definitely one of the most exciting new cars from the automaker this year. The retro-inspired V12-powered sports car gives you a taste of classic Ferrari designs, reinterpreted for the future. It's the third member of the Icona lineup, joining the Ferrari Monza SP1 and SP2 that were revealed three years ago.

If you like the Daytona SP3 as much as we do, you'll love what Enrico Galliera, Ferrari's chief communications and marketing officer, said about upcoming Icona models. Galliera told Autocar that there are "four or five potential concepts we could work on."

The idea to draw inspiration from iconic prototypes was from Ferrari’s head of design, Flavio Manzoni and as it turns out, he's also one who's pushing for more.

"I have a special passion for this one," Manzoni said. "There are many other intriguing concepts for the future. The richness of Ferrari is very high and the sky is the only limit."

While based on the evolved version of the LaFerrari Aperta’s chassis, the Daytona SP3 is not a supercar. That's according to Ferrari chief technical officer Michael Leiters, who pointed out that the Daytona is focused on design rather than ultimate performance.

When it comes to prolonging the V12 engine in the age of electrification through the Icona range, Lieters said that it's a good opportunity that matches its customer's requirements. He also added that it has a limited impact on CO2 emissions since the Icona range is constrained in production.

"I personally believe we have to fight for this engine. From a technology point of view, it’s not the most efficient. A V8 turbo could make it better in terms of performance. But from an emotional point of view, it’s the best you can have. On power, 829bhp or on the Battista 1900bhp – who cares? You get thrilled if you are a good driver with either. If you are a normal driver, you get scared if you put the pedal to the metal," Lieters added on the Autocar interview.