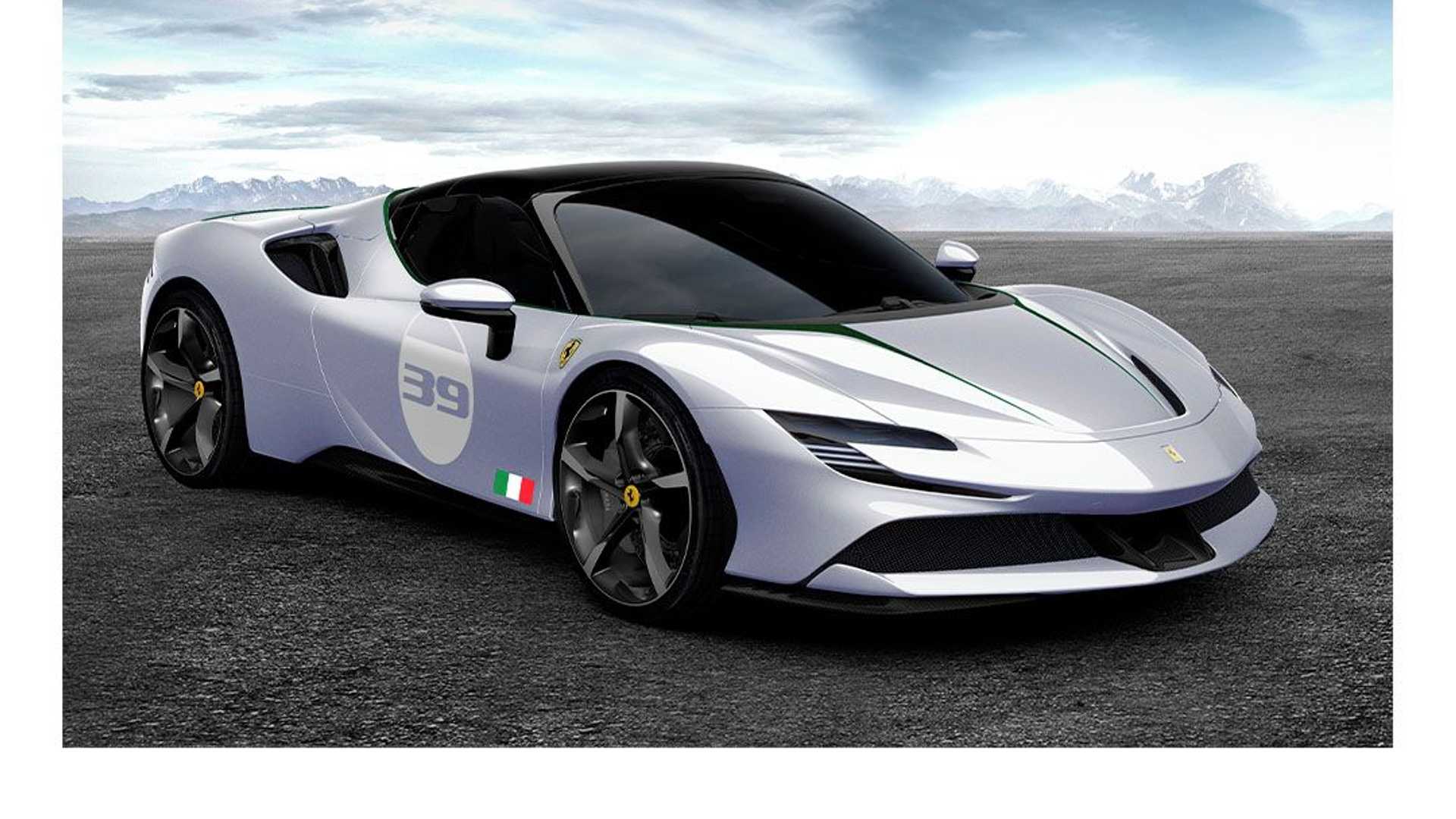 Shown here on the SF90 Spider, but the livery is available for other models.

By definition, all Ferraris are special. However, some are more than others as it's the case with a bespoke collection dedicated to the 10th anniversary of the Cavalcade. The fourth configuration (out of five) is presented on an SF90 Spider. The Prancing Horse mentions the spec will also be available for the coupe, the SF90 Stradale. Wealthy buyers can choose the same livery for the 812 Competizione and its Aperta equivalent.

It goes by the name of Bianco Courmayeur and combines white with blue to create a unique finish. We'll let Ferrari's wordsmiths explain what it stands for: "This shade encapsulates the glacial purity of snow, combining white with flashes of blue, and converting a spectrum of emotions into a single color." Of the four exterior finishes we've seen, it's by far the most restrained and caters to those who think less is indeed more.

As with the previous builds, the SF90 Spider Bianco Courmayeur came to life via Ferrari Tailor Mode, representing Maranello's bespoke division in charge of special projects. Mirroring the three other creations, the latest project carries the "39" number along with a US flag on the driver's door and an Italian flag on the passenger's door.

A closer look reveals subtle green accents for the trunk, which extend to meet the beltline. The same contrasting shade has been applied at the back for the spoiler lip. The SF90 Spider sits on two-tone wheels with black centers and half-white spokes whereas the three cars before it had all-black alloys with different designs.

See Other Members Of The Collection:

The Ferrari Tailor Made 10th Anniversary Cavalcade Collection is all about visual tweaks, so the SF90 Stradale soldiers on with its punch plug-in hybrid setup. It combines a twin-turbo V8 4.0-liter engine with three electric motors to unlock 986 hp and 590 lb-ft (800 Nm) of torque. The electrified muscle enables a sprint to 62 mph (100 km/h) in 2.5 seconds en route to 211 mph (340 km/h).

As for the retractable hardtop, it goes up or down in only 14 seconds and you can press the button without having to stop the car first. Ferrari has installed an electrically retractable rear window to provide a bit more comfort when the roof is down. With the optional Assetto Fiorano package, the SF90 Spider is 46 pounds (21 kilograms) lighter by making more generous use of carbon fiber and aluminum.

Ferrari is expected to round off the Cavalcade Collection in the coming weeks with the fifth and final build.