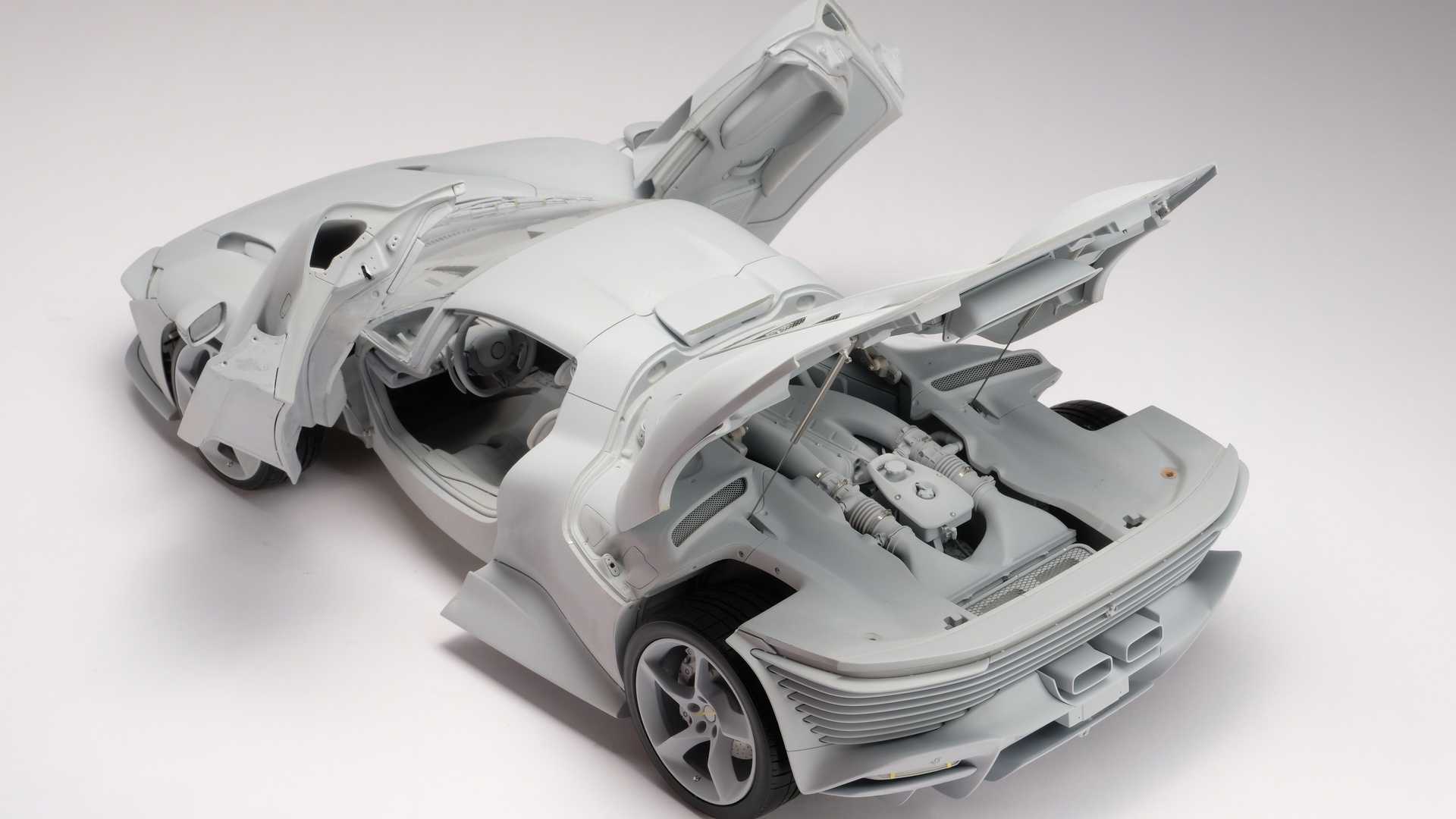 The prototype model is approved and looks outstanding, even with everything still in white.

The Ferrari Daytona SP3 is a vehicle very few of us are ever likely to see in person, never mind own. Thanks to the designers, engineers, and artists at Amalgam Collection, there's at least the possibility for a few more folks to get a taste of Ferrari's extremely rare supercar. That is, in 1:8 scale anyway.

Known for producing some of the most finely detailed scale automotive replicas in the world, Amalgam Collection is currently working on adding the Ferrari Daytona SP3 to its portfolio. Seen here in its prototype form, the model is intricately recreated outside, inside, and under the clamshell. Truth be told, intricately recreated doesn't really explain the level of detail that goes into the 1:8 scale cars. The front features a matching mesh lower grille, right down to the hexagon pattern. A perfectly matching steering wheel with paddles and switches extends from the dash. There are even latches for the dihedral doors that open and close.

Under the engine cover, the Daytona SP3's V12 engine is also precisely detailed. That includes small hose clamps, nuts and bolts, and more mesh grilles for the various openings in the engine bay. Small struts hold the engine cover open, and the distinctive stack of vertical bars comprising the SP3's backside are perfectly aligned. Even with everything still wearing a dull white finish, it looks ready to drive. You know, if we could shrink to 1:8 our size.

The prototype model seen here was finished in June and approved by Ferrari. Final detail work on the first run of models is underway, and it's not simply a case of tossing some paint into the mix. Amalgam says there are thousands of parts and components that go into each model, and Ferrari needs to offer a final approval before series production begins. Even then, only 199 scale Daytona SP3s will be made.

Pricing information isn't offered, but Amalgam replicas aren't cheap. Similar 1:8 scale Ferraris currently sell for approximately $20,000, but for those with the means to enjoy such automotive art, the company currently invites buyers to "express their interest" on Amalgam's website.