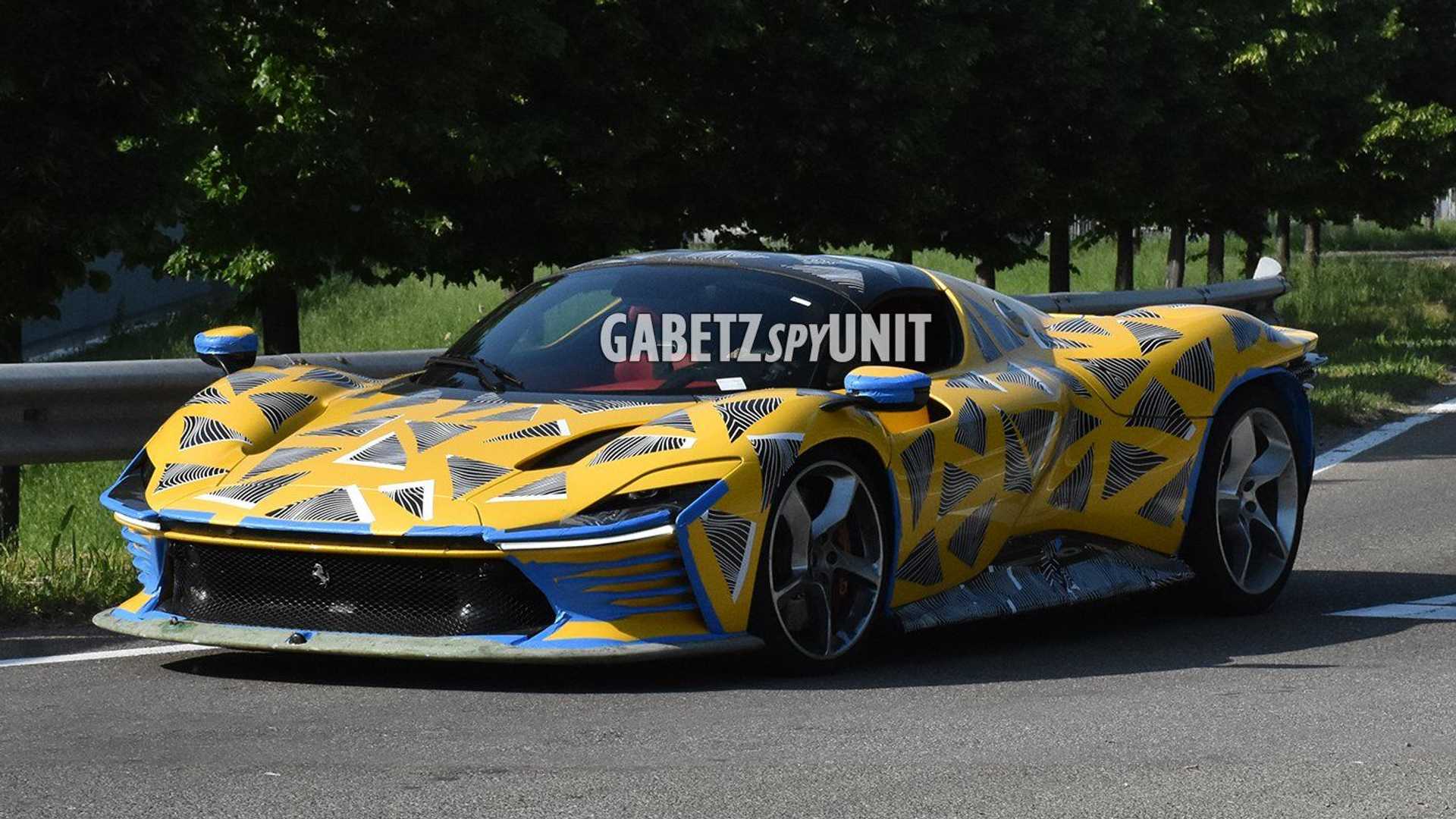 Why is Ferrari still testing it?

The Ferrari Daytona SP3 was unveiled in November last year as the third member of the Icona family, where it joined the Monza SP1 and SP2 from 2018. It is undoubtedly a very exotic-looking machine, mixing design cues inspired by illustrious race cars of the company’s past but realized with a futuristic twist. A very unique and rare sight and every time an SP3 is photographed on the road it is definitely worth our attention.

Our friend Walter Vayr was kind enough to share the photos attached in the gallery below with us, which were taken around Maranello in Italy. As you can see, this is a Daytona SP3 with a rather cool-looking camouflage trying to hide what seems to be a Maranello yellow exterior color. We are surprised to see a disguised Daytona SP3 trial car given the fact the car was unveiled more than six months ago but there must be a logical explanation. As a side note, we spied the SP3 a month after its debut still wearing camouflage.

Looking at the front of the supercar, the lower bumper lip doesn’t seem finished and other aerodynamic elements of the body are covered with tape. This could be indicative of small last-minute aero tweaks to the design to further optimize the Daytona SP3’s road behavior. Alternatively, Ferrari could be just making final adjustments to a customer car before it is ready to be delivered to its new owner. Of course, these are all just theories based on what we see.

We know for a fact, however, that the Daytona SP3 is not only a stunner but also a brutally fast machine. There’s a V12 engine behind the seats generating 828 horsepower (617 kilowatts) and 514 pound-feet (697 Newton-meters) of torque. This is actually the most powerful engine Ferrari has ever made and it is enough for a 0-62 miles per hour (0-100 kilometers per hour) acceleration in just 2.86 seconds.

A Stunner From Every Angle:

A future collector car, the Daytona SP3 comes with a price that matches its outlandish look and performance. Ferrari wants at least $2.25 million for each example assembled but even if you have the money, you have to be invited by the company to have the privilege of owning the V12-powered supercar.