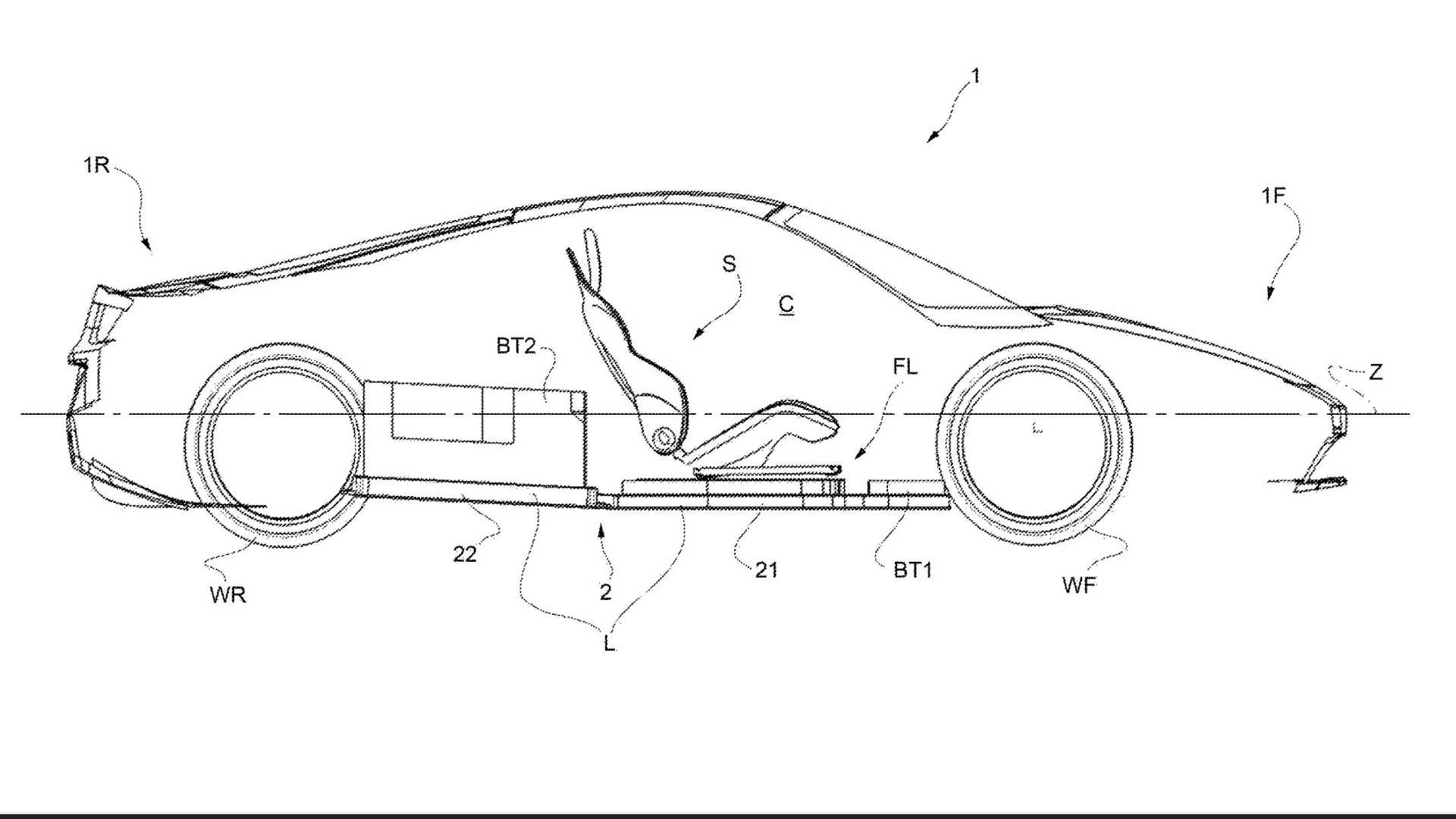 There are thin batteries beneath the seats and a bigger pack in the back.

A recently published patent in the United States shows Ferrari's idea for a chassis design that is able to support a hybrid or electric sports car. The Italian automaker's filing reveals a design for using multiple battery packs and sandwiching them between a frame and a cover.

The focus of the patent is maintaining chassis rigidity while also having space to mount batteries. The idea is to create a frame for supporting the vehicle and attaching it to a base that holds the batteries. The pieces would lock together to form an integrated structure that makes up the vehicle's floor.

The battery layout is easiest to understand when looking at the patent images below. In the diagrams, BT1 refers to the first pack, and BT2 is the second one. 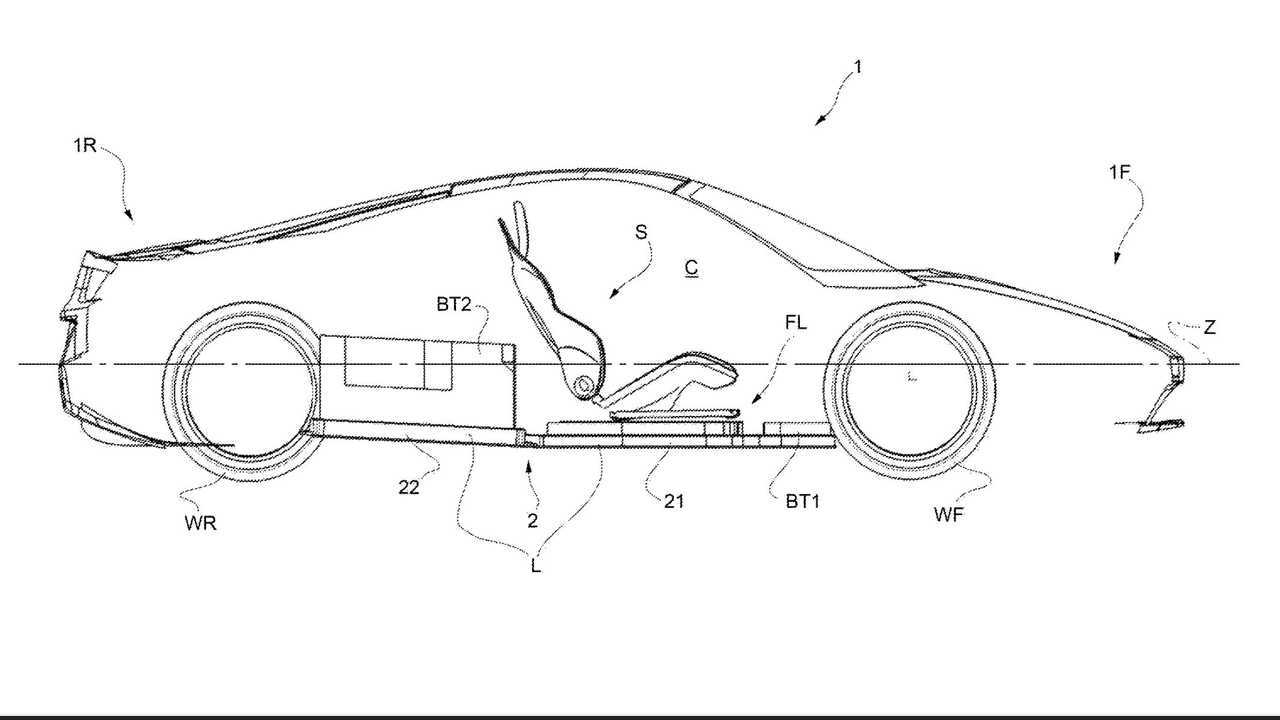 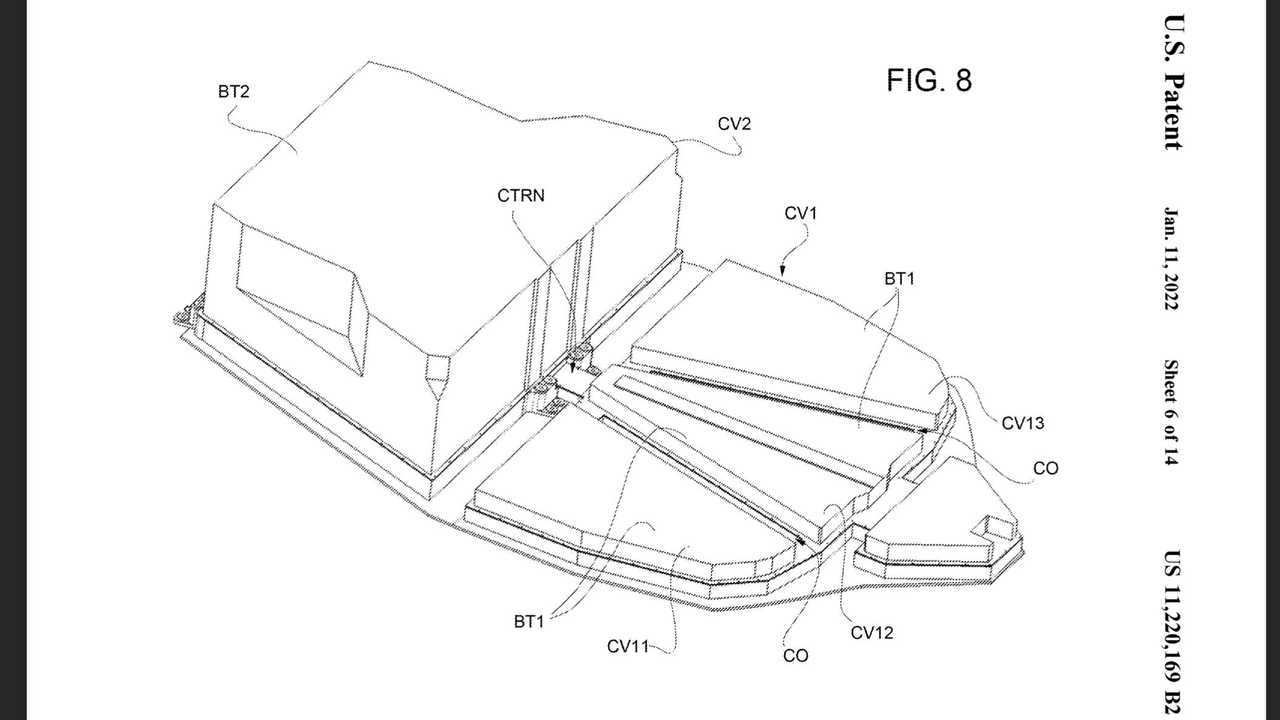 The first battery pack is underneath the passenger compartment. It is wide but has a very short height to make room for occupants.

Behind the passengers, the second battery pack has room to be much taller. Some of the patent images show the framework for protecting this area. Because of the shape of this area, the company says it can support cylindrical, prismatic, or pouch cells.

The Next Ferrari On The Way:

The patent filing specifies that this setup can work for either a hybrid vehicle or a full EV. A combustion engine could still fit in the front part of the vehicle or behind the rear battery.

Ferrari previously obtained a patent for a different platform for an EV or hybrid. In that case, there were four electric motors – one for powering each wheel. They could operate independently to give the software substantial control over the vehicle's traction.

Ferrari Chairman John Elkann recently told shareholders that the Italian brand's first EV was debuting in 2025. This was a surprise because the company previously said an electric model wasn't happening until after 2025.

Source: United States Patent And Trademark Office via The Drive