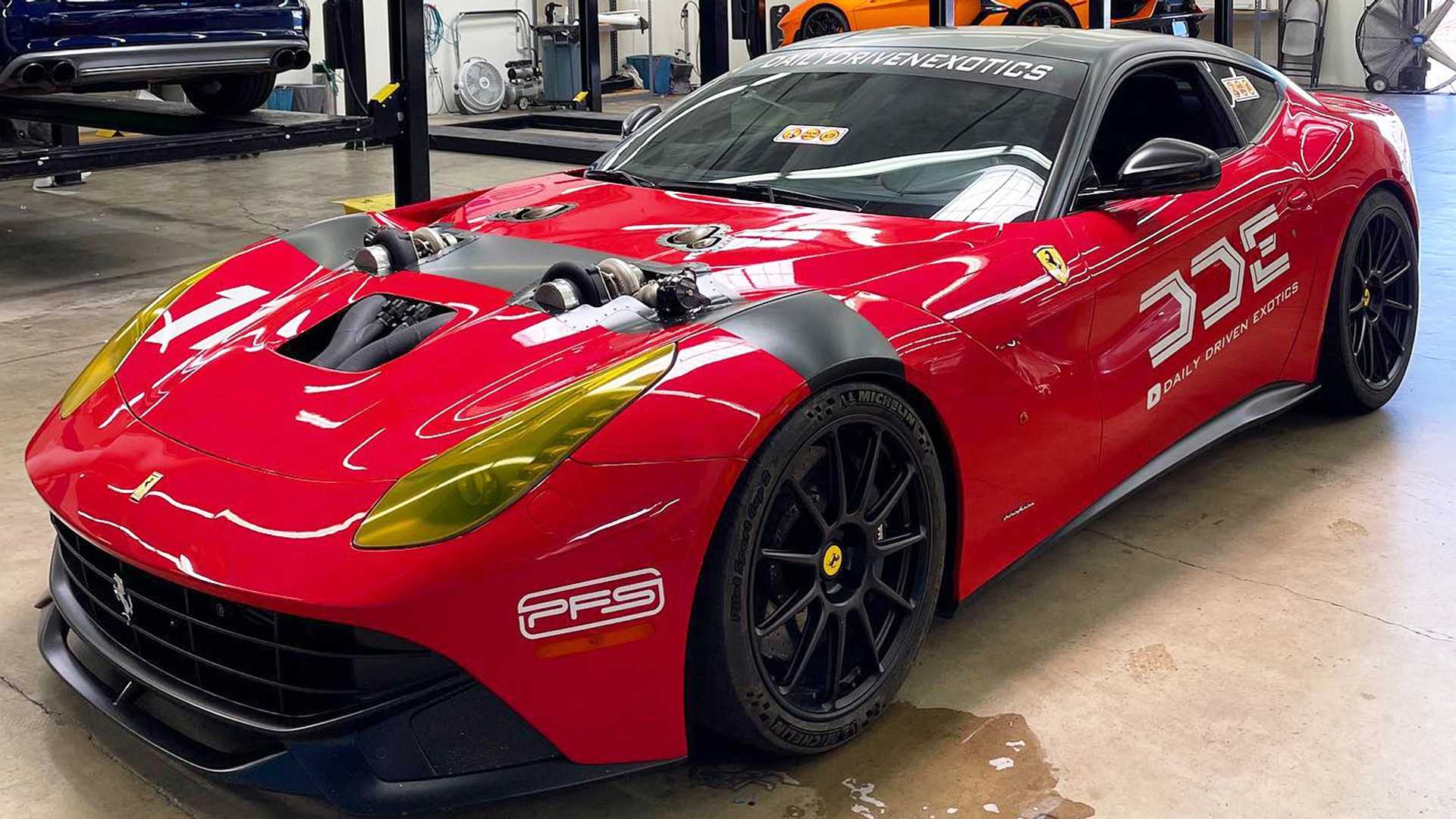 Ferrari F12 Has Turbos Rising Out Of The Hood And Makes 1,500 HP

It puts the grand in grand tourer.

The stock Ferrari F12berlinetta is a handsome grand tourer. This one has received some extreme tuning that includes two huge turbos protruding out of the hood. The powertrain overhaul gives this Prancing Horse 1,500 horsepower (1,119 kilowatts).

TV personality and mechanic Aaron Kaufman highlights this F12berlinetta on the Daily Driven Exotics YouTube channel. The folks there purchased the Ferrari for $300,000. After driving it on a kart track, they decided to undertake the turbo installation. The work started in 2020 and recently finished. 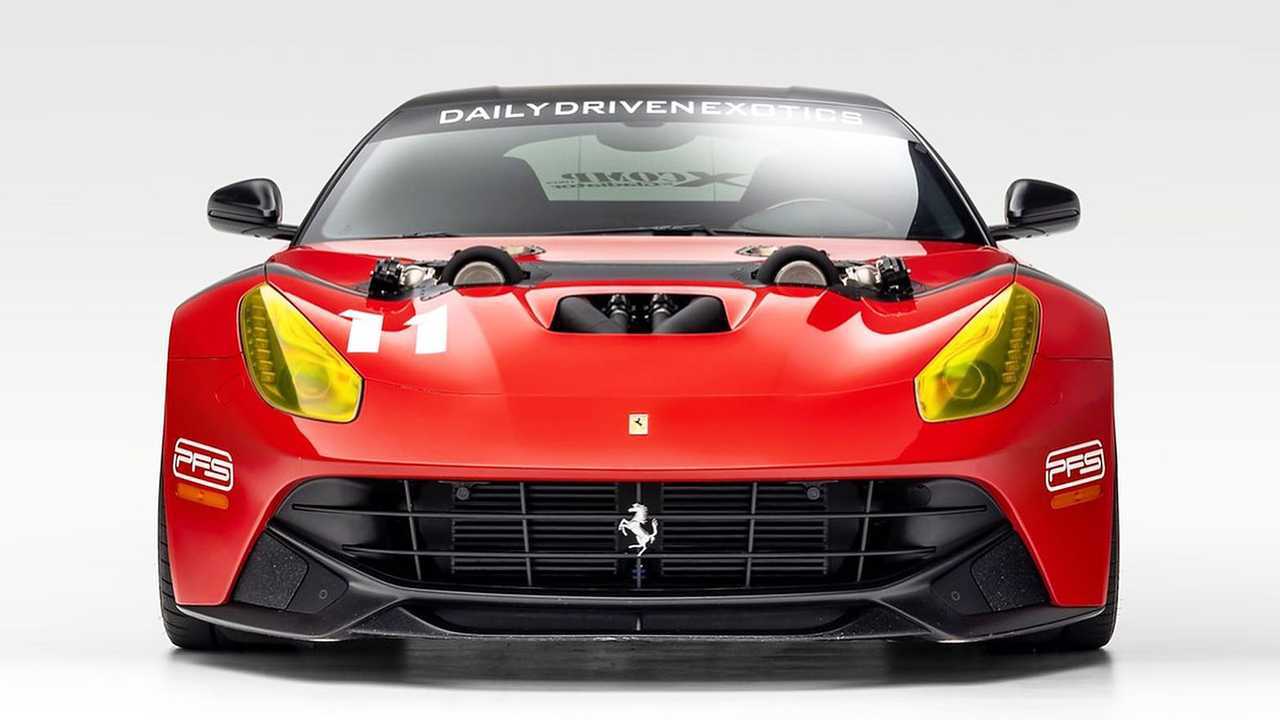 The biggest problem the owners faced was the lack of space in the engine compartment for the installation of the turbos. To fit the, they had to cut the hood and still had work to keep components in their original position as much as possible.

The goal of the project is that the twin-turbo powertrain can put out about 1,500 hp. This is more than twice as much as the original production car.

The twin-turbo Ferrari made its debut in Santa Ana, California, on July 19, and video of the event, attended by a large audience, revealed a decidedly different sound than the stock F12berlinetta, both because of the turbochargers and because of the racing exhaust system. Surely the folks at Daily Driven Exotics will not miss the opportunity to test the car on the channel in the near future. 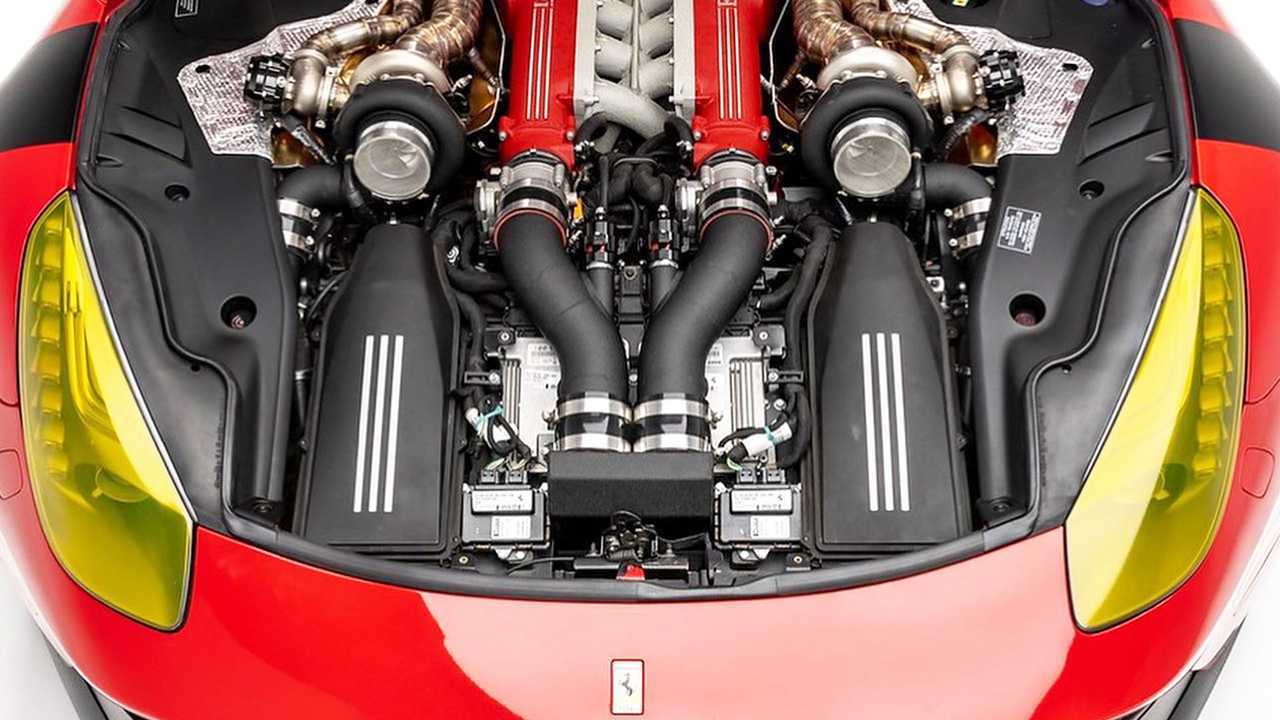 This F12 model is not the only one in the world with a turbocharged engine. In 2013, Mansory made a one-off example with a twin-turbo setup. An American tuner also did it by installing the turbos below the engine.

JustRed.com has no association with Ferrari S.p.A. © 2021 Just Red. All rights reserved.
Part of MOTORSPORT NETWORK