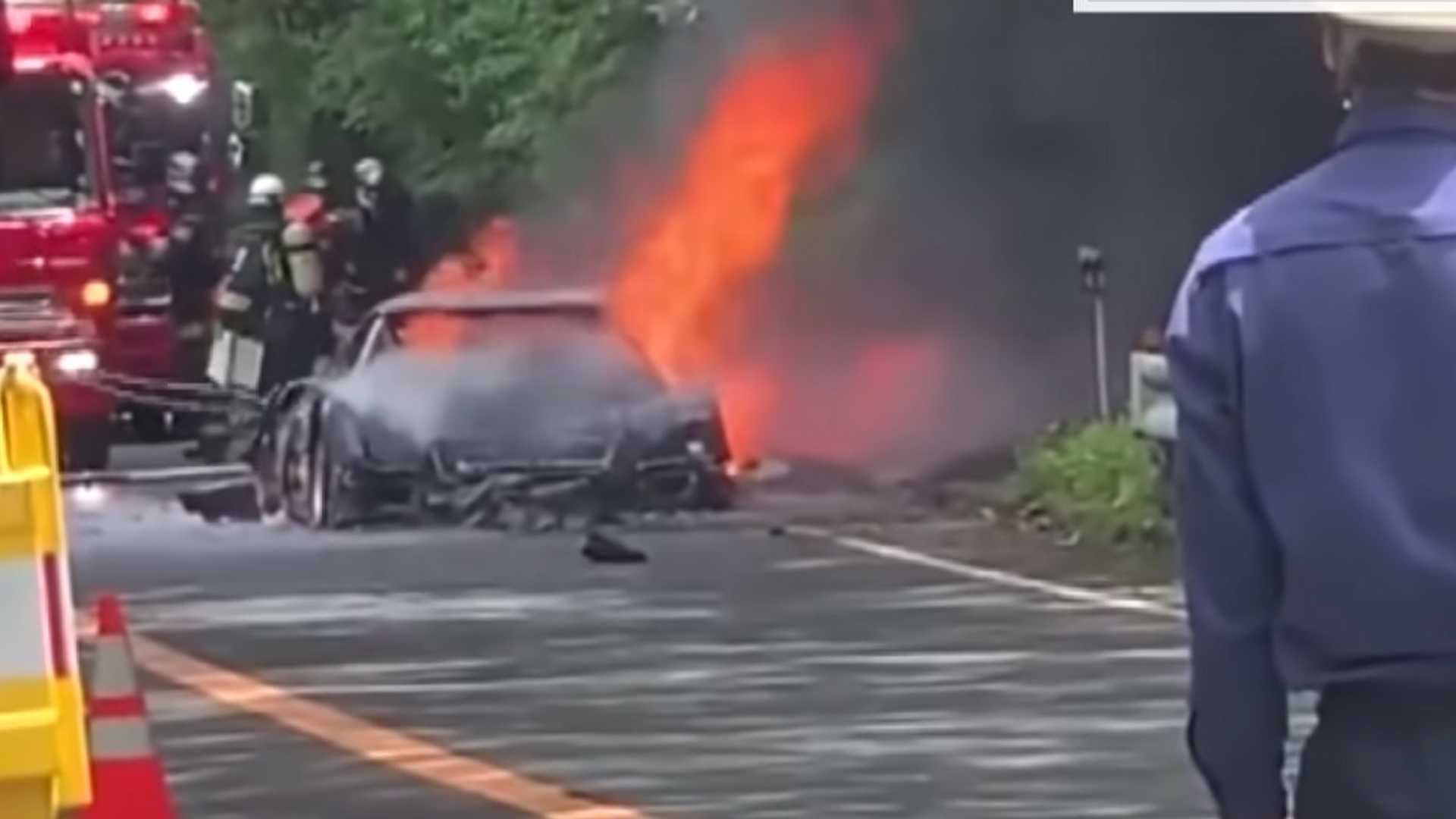 Thankfully, the driver and passenger got out unscathed.

Ferrari only made a little over 1,300 F40s and while most of them are tucked away in a climate-controlled garage, some of the Type F120 mid-engined supercars are actually being driven by their wealthy owners. Such was the case with an F40 that burned down to a crisp in Monaco back in February 2020, and now, another example of the very last model personally approved by Enzo Ferrari has been involved in a fiery incident.

Footage recorded last Saturday shows the twin-turbo 2.9-liter V8 machine being engulfed in flames at "Japan's Nürburgring," the famous Hakone Turnpike. Extensively featured in arcade games, the road is where many JDM automakers test prototypes of their future production models since it has numerous sweeping corners and a borderline perfect surface. Some of you will recall that Toyota even named a special-edition 86 after it.

Reports from Japan are saying the driver and passenger noticed the fire and got out of the car safe and sound. We are likely looking at a total loss since the F40 appears to be completely devoured by flames as the firefighters sadly weren't able to save the iconic 1980s supercar. The cause of the fire is not known at this point, but this is far from being the first older Ferrari to go up in flames.

Hands down one of the most significant cars to carry the Prancing Horse, the F40 is also among Maranello's highest-grossing cars at auctions. A few weeks ago, a 1991 US-spec fetched a cool $1.9 million at an auction while another example originally delivered in North America will be auctioned later this month by RM Sotheby's for an estimated $2.2 million.

Too Hot To Handle: