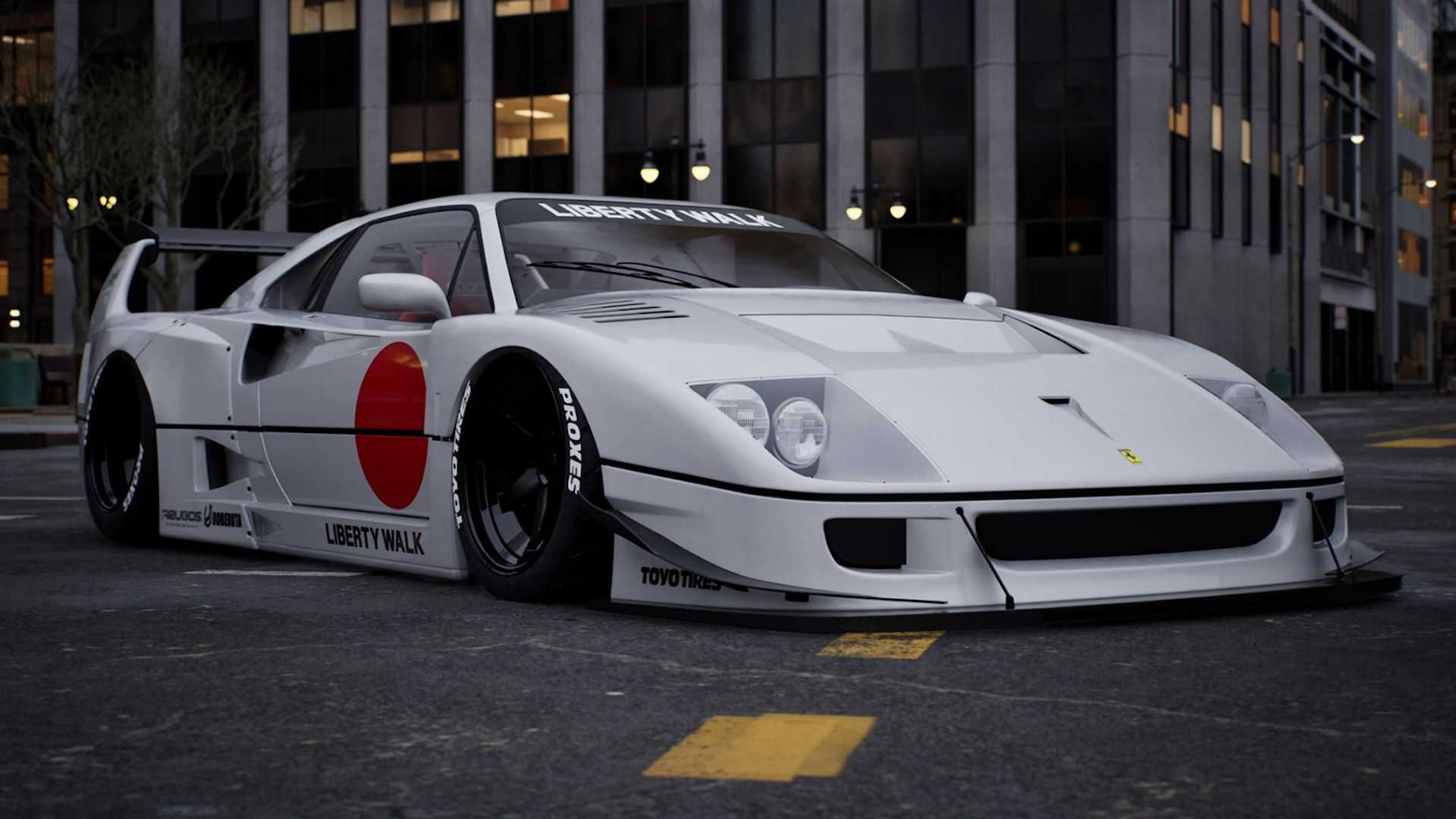 With pop-up headlights removed, this reimagined version of a classic isn't going to sit well with everyone.

Ferrari fans, look away. The F40 was an '80s superstar and its limited production has turned it into a classic. Tuning one is probably the last thing you should do and present to fans, let alone give it chopped-up fenders, slam it to the ground, and paint it white.

But Japanese tuner Liberty Walk did exactly that and showed it in the metal at the 2023 Tokyo Auto Salon. It follows the widebody kit teaser that the firm showcased last year, though that one came in a more acceptable red finish.

The embedded social media post above shows the white Ferrari F40 widebody in the metal, which you can also access through the source link below. The video atop this page shows the actual unveiling at the auto show.

As you can see, the converted supercar comes with a new front cowl, cowl duct, light cover, splitter side skirts, rear wing, diffuser, and wider fenders. There's also a large opening to the hood and a single NACA duct in the center rather than the original two. The pop-up headlights are gone, thanks (or no thanks?) to the widebody conversion.

Whether this aftermarket transformation is sacrilege or not, that's entirely up to you. But judging by the comments thrown when the vehicle was teased, this isn't going to sit well with fans.

Outrageous Could Be An Understatement:

Liberty Walk didn't say whether there's an engine tuning involved, but we suspect the company didn't touch the F40's twin-turbo 2.9-liter V8. Of note, the force-inducted mill is factory-rated at 471 horsepower (351.5 kilowatts) and 426 pound-feet (577 Newton-meters) of torque, exclusively mated to a five-speed manual gearbox.

The Japanese tuning firm didn't disclose the pricing of the F40 widebody kit. Its website has already listed the product though the price section is labeled "ASK." With a conversion as controversial as this, we're sure that that section won't be too friendly for now, but who knows?

How about you? What can you say about this new Liberty Walk creation? Let us know your thoughts in the comments section below.