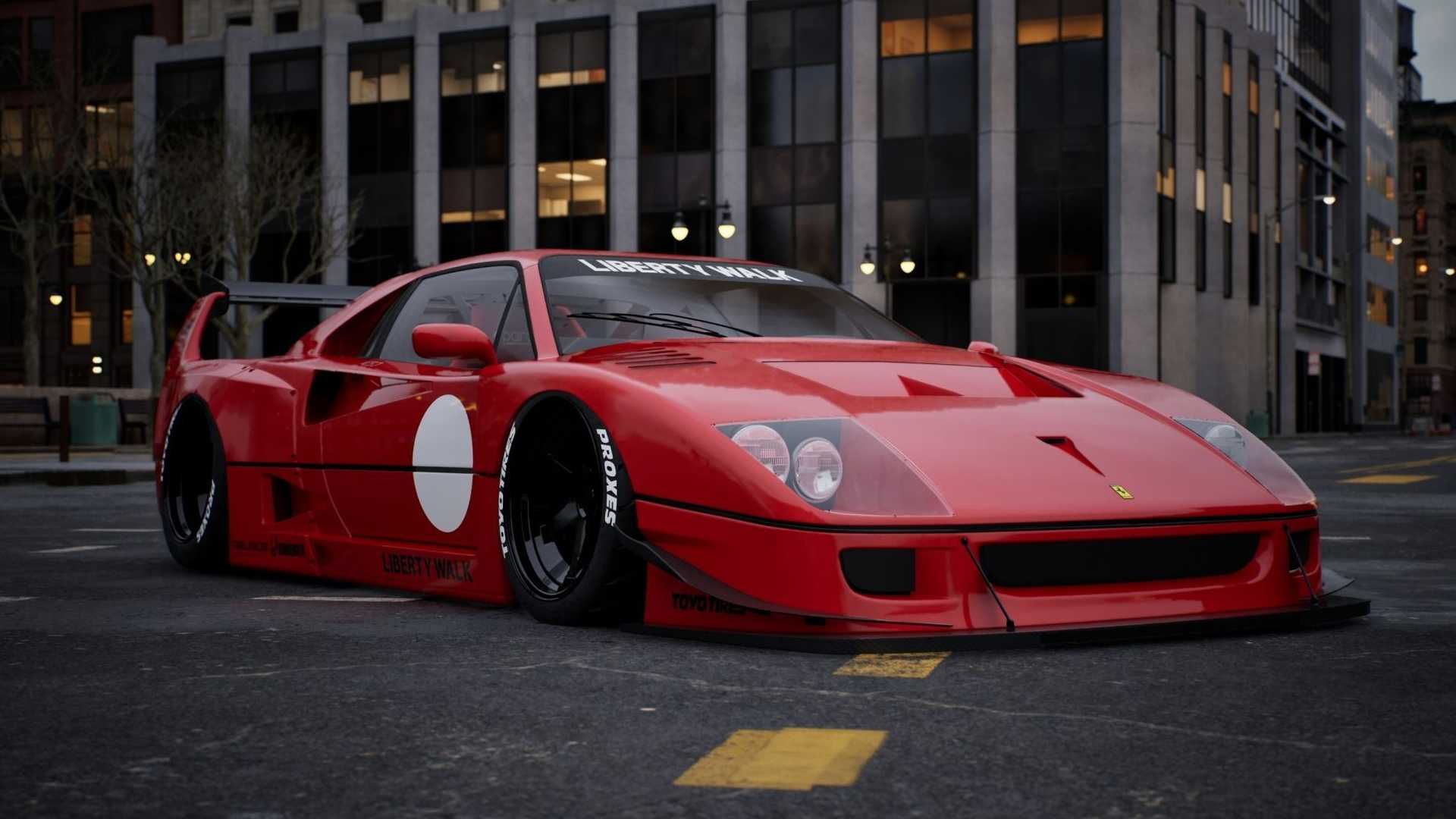 Given the model's rarity and collectability, it's hard to imagine someone fitting a body kit to a Ferrari F40 in 2023. However, the Japanese tuner Liberty Walk premieres just such a creation on January 13 at the Tokyo Auto Salon. The company already has renderings of what the modified supercar looks like.

The body kit consists of a new front cowl, cowl duct, light cover, splitter side skirts, rear wing, diffuser, and wider fenders for the F40. The revised design adds a large opening to the Ferrari hood and puts a single NACA duct in the center, rather than two of them on the original design. Canards are on the corners. The pop-up headlights are gone.

Liberty Walk already has a site selling this body kit. The page lists the price as "Ask," at this time. It's not clear whether the car at Tokyo Auto Salon would have any additional tweaks to the interior or powertrain.

In addition, Liberty Walk drops the ride height so that the wheels completely fill the wells, and the car is practically scraping the ground. It's an eye-catching look, but the lack of ground clearance makes actually driving on the road seem challenging.

The F40 debuted in 1987 to commemorate Ferrari's 40 years in business at the time. It turned out to be the final model with significant input from Enzo Ferrari before the automotive magnate's death in August 1988.

Check Out These F40s:

Beneath the wedge-shaped design, the F40 had a twin-turbo 2.9-liter V6 with a factory rating of 471 horsepower (351.5 kilowatts) and 426 pound-feet (577 Newton-meters) of torque. A five-speed manual was the only available gearbox.

Liberty Walk's promo video (embedded above) indicates the company has more than just this F40 for Tokyo Auto Salon. There's a secret Mazda with a polished rotary engine. A modified Lexus LX 600, Lamborghini Murcielago, and a secret Nissan are part of the lineup for the show. The company is working with Playboy on a project, too.