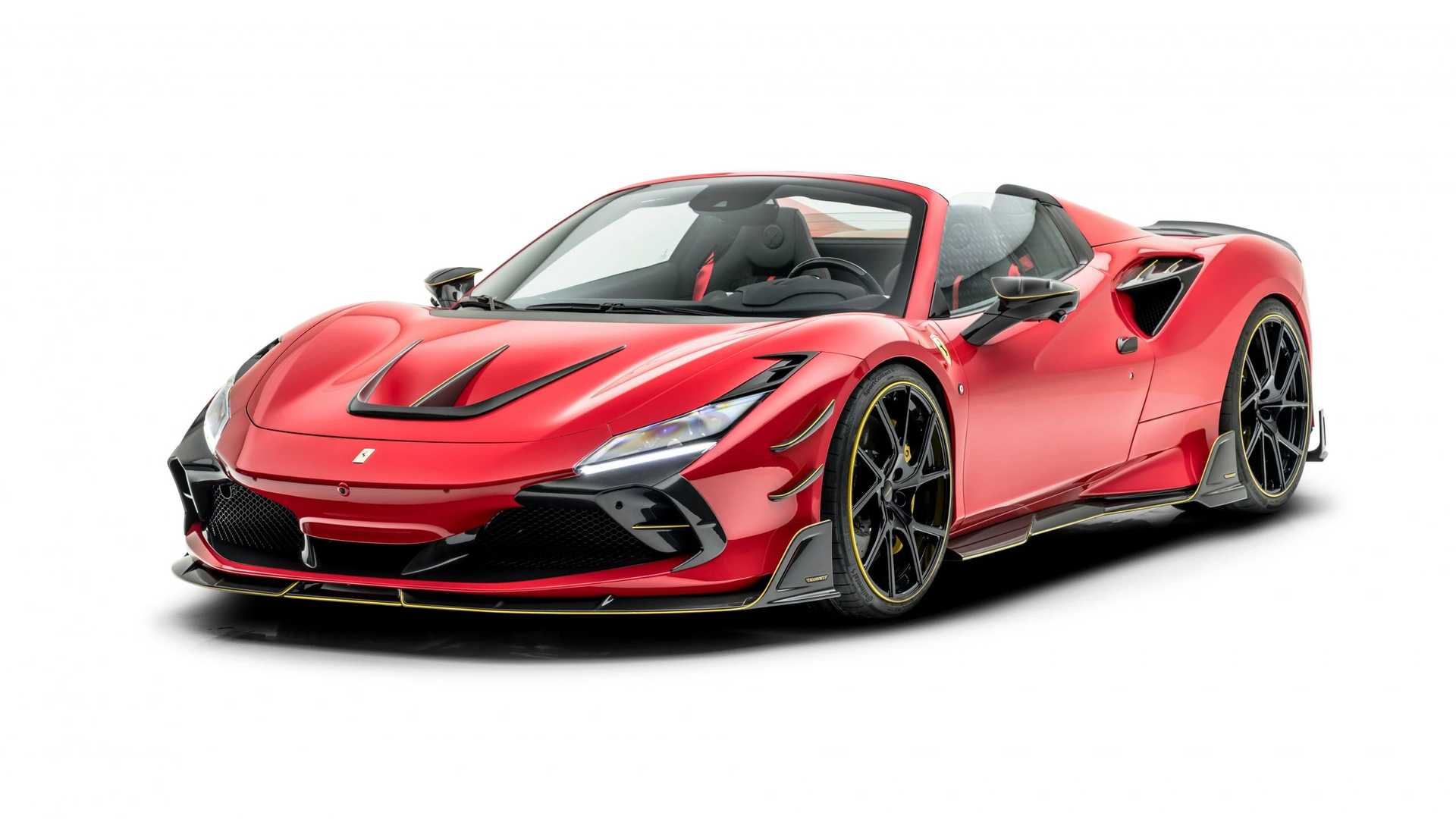 Leave it to Mansory to take an already flashy car and turn into an even more attention grabber.

Controversial tuner Mansory is at it again. This time around, the Ferrari F8 Spider is showing its wild side courtesy of numerous carbon-fiber add-ons. Rather than receiving a full makeover, the Italian stallion gets what the aftermarket specialist refers to as a "soft kit." That said, there's nothing soft about the package as it gives the performance cabrio from Maranello an outlandish look from every angle.

It's a so-called soft kit because Mansory didn't make changes to the original body panels. Instead, it slapped on carbon fiber bits with yellow accents to contrast the traditional red. These upgrades are also available for the coupe variant, the F8 Tributo. Both can receive a plethora of tacked-on parts, including a prominent front splitter, chunky side skirt extensions, and a beefy two-piece diffuser.

The tuner will also happily dip the side mirror caps in carbon fiber and install an extra rear spoiler above the integrated OEM setup. From the door handles to the engine bay, Mansory went to town using the lightweight material. You'll also notice it at the back for the air intakes cooling the mid-mounted V8 engine.

Speaking of which, the twin-turbo 3.9-liter unit has been massaged to extract 880 horsepower and a colossal 960 Newton-meters (708 pound-feet) of torque. It enables the Ferrari F8 Spider to reach 62 mph (100 km/h) from a standstill in as little as 2.6 seconds. That slashes off 0.3s from the official sprint time, and while top speed isn't mentioned, it has likely increased over the standard model's 211 mph (340 km/h).

Mansory Has A Soft Spot For Ferraris:

As a final touch, Mansory removed the stock alloys to make room for its own black wheel set measuring 22 inches at the rear and 21 inches for the front. Naturally, the outer lip has yellow accents to complement the large brake calipers lurking from behind. The same hue has been applied onto the canards, which we'd argue are a bit too much, even on a Ferrari.

We can't help but wonder what a car fully designed by Mansory would look like, without being limited by the proportions of a donor car. Their projects are already bonkers, but a vehicle designed from scratch would likely make this F8 Spider seem mundane by comparison.