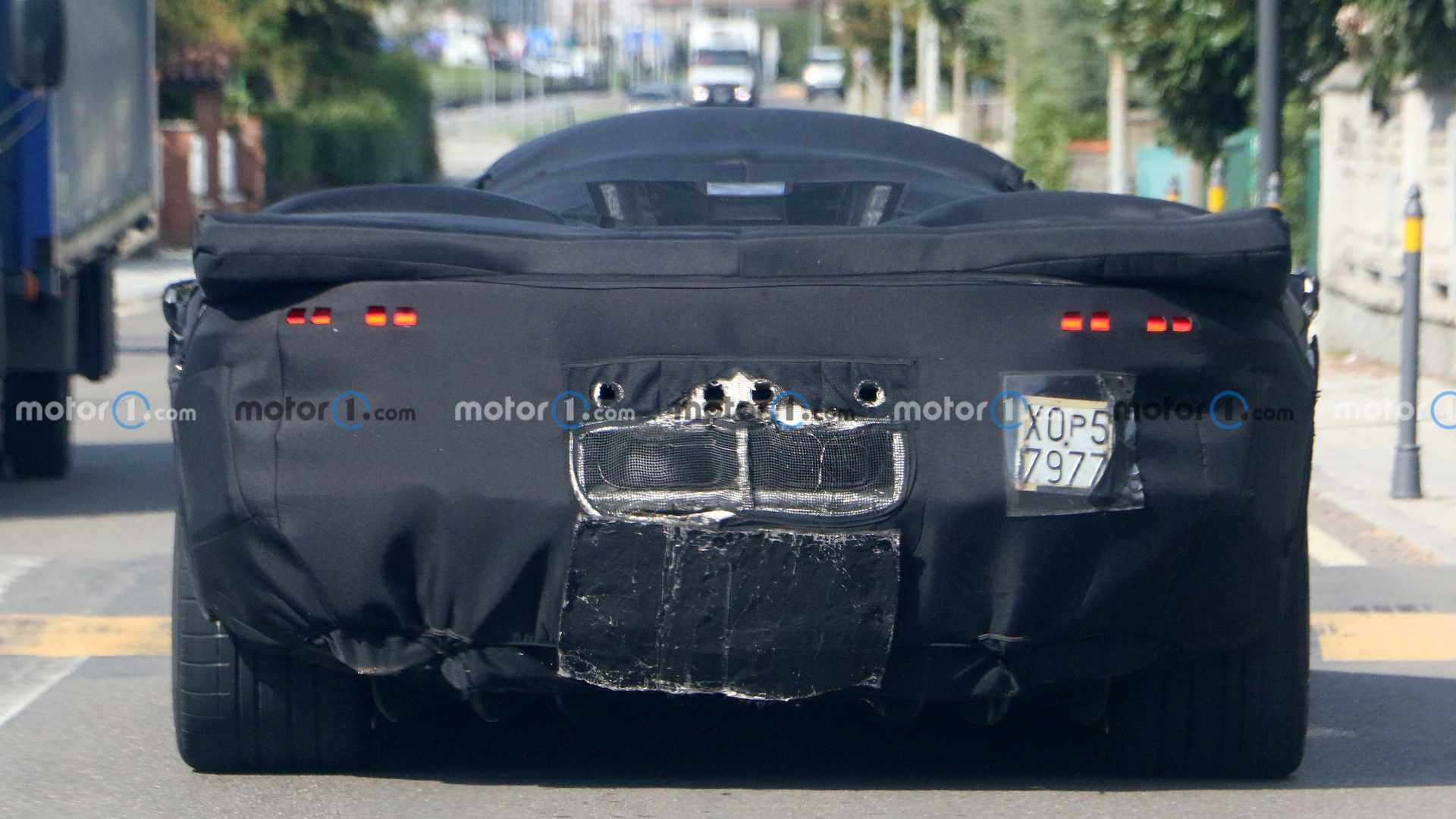 It’s wearing its production body, too.

Ferrari’s CEO confirmed a few weeks ago that a new Icona model would debut sometime this month. We’re heading into November’s final third, and there’s still no new Ferrari. In the interim, we can gawk at the one captured in this latest spy video from the Varryx YouTube channel, which appears to show the supercar wearing its production body. However, a full-body black wrap keeps the design well-hidden from view.

This is our best look yet at the new supercar, which will join Ferrari’s Monza SP1 and SP2 in its Icona portfolio. The cladding conceals a lot from our curious eyes, though we can spot a larger central opening in the front bumper. Deformations in the hood cladding indicate there are vents or intakes located there. Ferrari could not hide the small wing sticking off the back, though it’s hard to discern much else. There should be a center-exit exhaust back there, too.

All signs point to the new Icona allegedly sharing its chassis with the LaFerrari Aperta with a V12 – and only a V12 – powering it. The 6.5-liter engine will come from the 812 Competizione, where it makes 830 horsepower (619 kilowatts). The new Icona will allegedly retain the Aperta’s removable roof panels, though other similarities should be few and far between. Ferrari is rumored to be using the 1967 330 P4 race car as inspiration for the supercar’s fresh design.

Tick-tock goes the clock as November winds down, leaving Ferrari a dwindling number of days to reveal the model. Production should be limited, just as Ferrari did with its first two Iconas – they were limited to fewer than 500 units in total. The price should be high, and there’s a solid chance Ferrari has already sold every one of them. We’ll have to learn when deliveries begin so we can spot one in the wild.