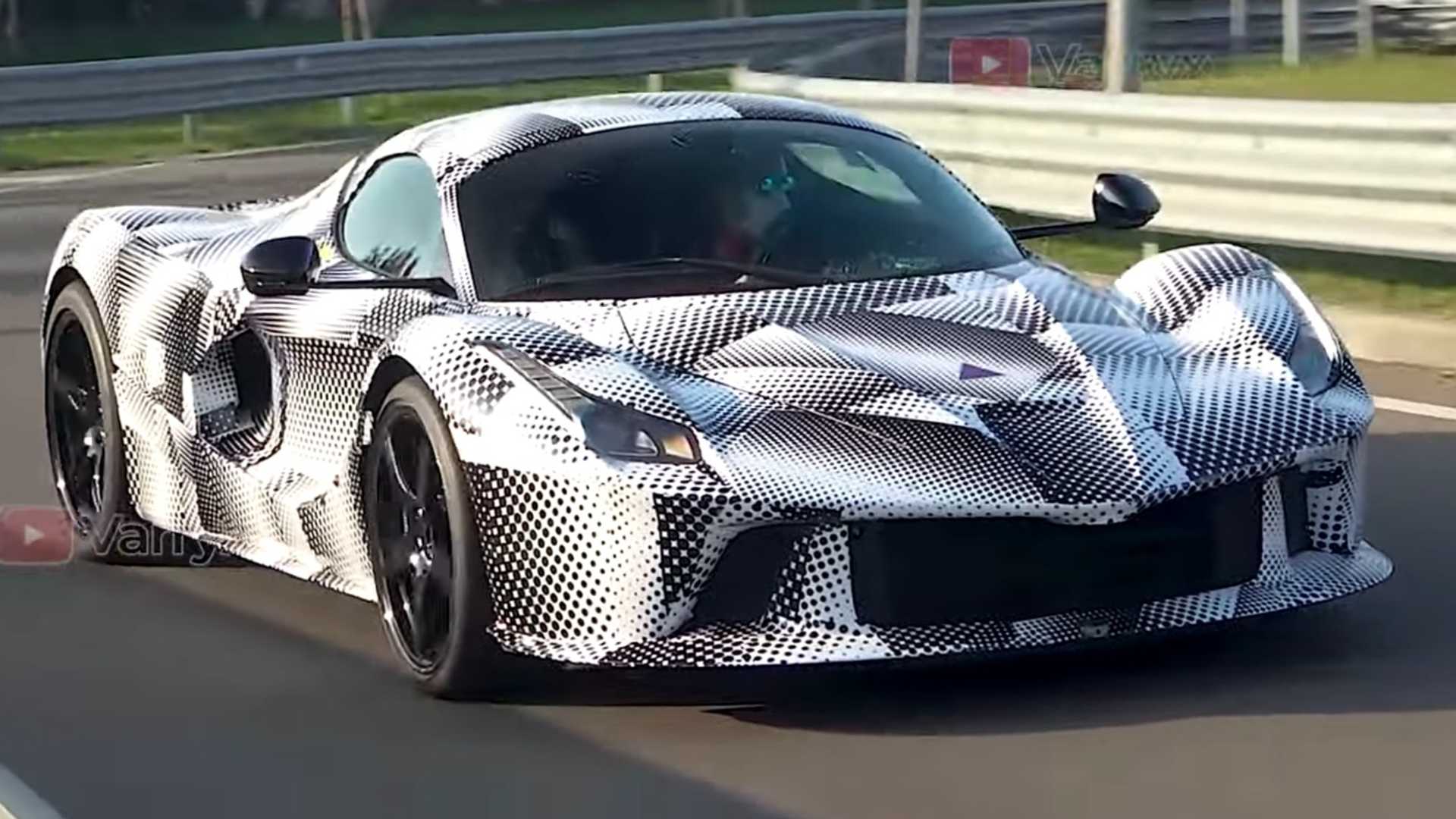 An XX hardcore version and a convertible are also planned.

With the Purosangue, Ferrari kicked off its new product roadmap covering the 2023-2026 interval. The super-SUV is just the beginning as the Prancing Horse brand has plans to unveil no fewer than 14 more vehicles until 2026, and one of these new cars is expected to be a new road-going hypercar. It seems that it might arrive sooner than expected if we are to believe a new report based on a leaked internal document.

The French edition of Motor1.com obtained a copy of a document first published on the Auto Pareri forum, which suggests the LaFerrari successor will debut in 2024. More precisely, in exactly two years from now – in October 2024, with a more hardcore XX version allegedly coming in July 2026. Some three years after its original launch, a convertible variant is also supposed to happen.

According to the available information, Ferrari plans to assemble just 599 copies of the hypercar in standard form, which is known internally as the F250 project. The XX version will be limited to 30 units and the open-top model will add another 199 units for a grand total of only 828 examples of the machine.

It's Never Too Late To Buy A LaFerrari:

Unfortunately, at this point, we can’t confirm the authenticity of the leaked document, which means all this information should be taken with a grain of salt. There’s nothing official coming from the Maranello-based automaker at this point aside from an announcement made in July this year when Ferrari said a new hypercar for the public roads is coming sometime between 2023 and 2026, but that’s too vague. The marque's new product roadmap also includes Ferrari's first production all-electric model coming later this decade.

If the information in the document is accurate after all, we should start seeing prototypes wearing more production bits from February next year. Apparently, the first mules have already been testing since July this year, which means the LaFerrari-based trial vehicles we spied in January 2022 and October 2021 are most likely not related to the new hypercar.