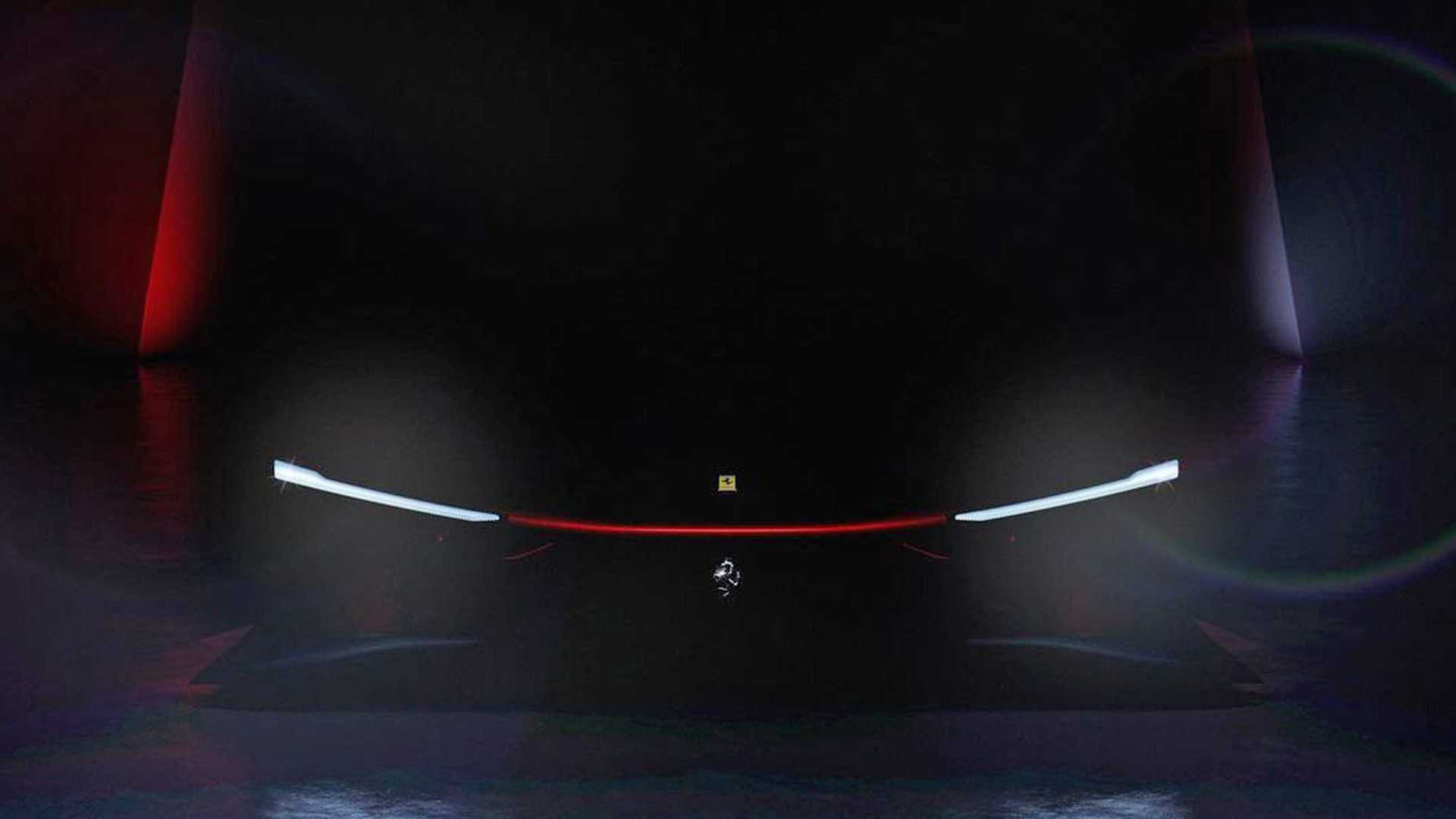 A new teaser provides the first look at the new race car.

Ferrari is heading back to Le Mans to compete in the Hypercar class. The Italian automaker announced its return in February 2021, but it’s only now that we are getting our first glimpse at the new race car. Ferrari has released a lone teaser image that reveals very little of the vehicle.

The image shows a pair of thin lighting elements flanking a strip of red that sits between a yellow Ferrari badge and a silver prancing horse. Tossing the photo into Photoshop and tweaking the levels didn’t lead to any revelations – Ferrari knows how to tease a vehicle. We don’t know much about Ferrari’s new race car, but the all-wheel-drive racer will have a hybrid powertrain setup.

Ferrari says that the new hypercar will begin its first development tests in the coming weeks as it preps to enter the FIA World Endurance Championship in 2023. The marquee will return to the famous track in just over a year, the first time in 50 years. Ferrari’s last outing in 1973 ended on June 10, which is today. Testing should begin this July, and it won’t be the only future hypercar getting ready for next year’s race.

More Are Returning To Le Mans:

Several automakers are preparing to field cars in the 2023 24 Hours of Le Mans. The new Ferrari LMH will face off against cars like the Cadillac GTP Hypercar, which announced its LMDh-class car yesterday. It pairs a 5.5-liter dual-overhead-cam V8 with a hybrid system. Lamborghini, Acura, and BMW are also preparing cars.

Porsche is prepping its own entry, and it’s so far into development that we have spotted it testing on the track. The German brand teased the car in late 2020, but there hasn’t been an official reveal just yet. Porsche’s LMDh race car reportedly pairs a twin-turbo V8 with a hybrid component.

Ferrari didn’t say when we could see its race car debut, but if testing is going to start in a few weeks, we might catch a glimpse of it before Ferrari wants us to. We’re excited for Ferrari to make its return to racing and even more so to see how the field competes.