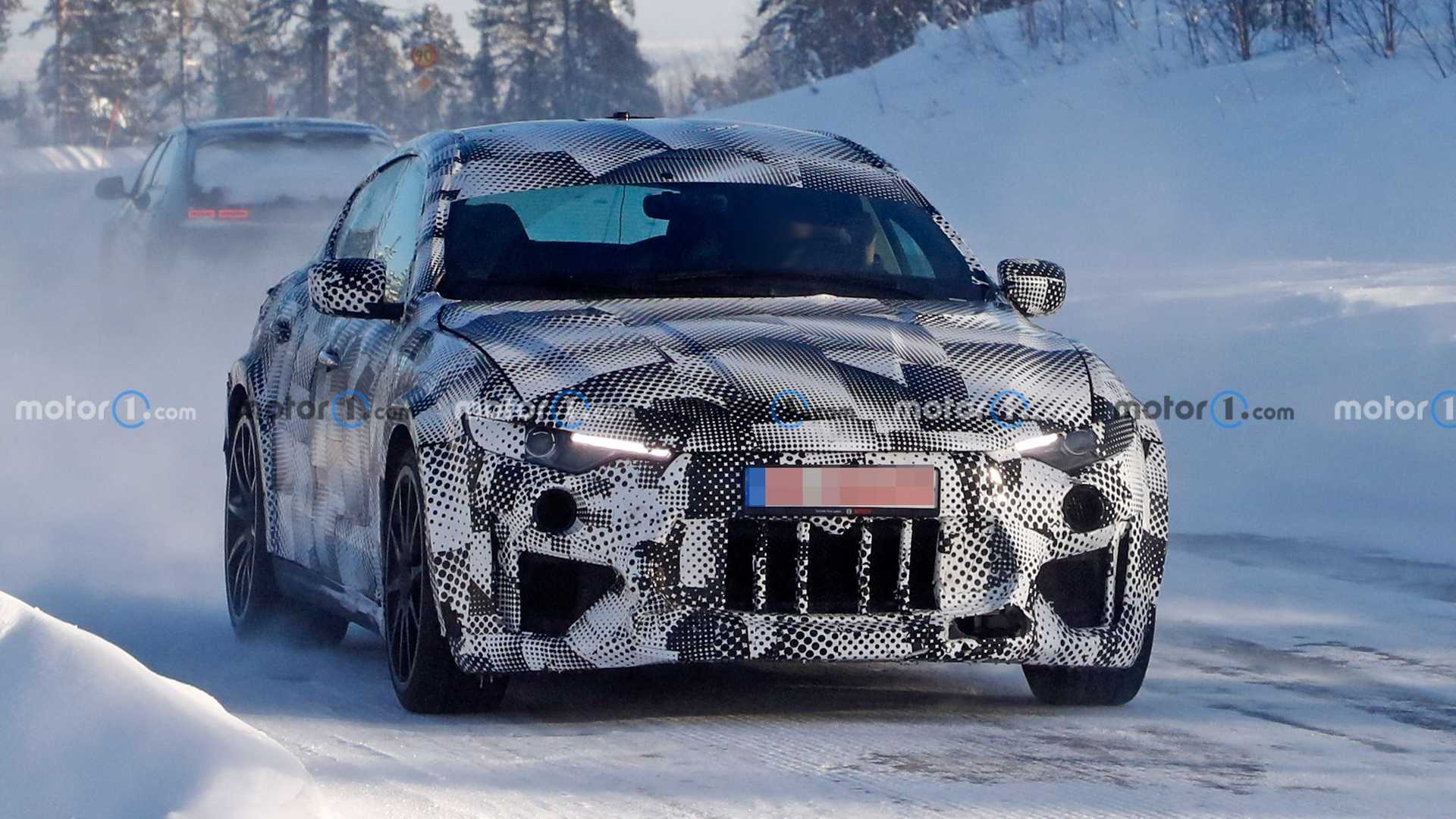 Ferrari continues to hide the crossover underneath a Levante body.

The Ferrari Purosangue is a big departure for the Italian automaker. Following the footsteps of Porsche, Bentley, Lamborghini, and others are not often Ferrari’s M.O., though every indicator points to Ferrari doing an SUV Ferrari’s way. Spy photos have shown test vehicles trying to hide under a chopped Maserati Levante SUV body, but Ferrari’s low-slung wagon-like crossover is impossible to miss. New spy photos show the car testing in Sweden.

The spy shots frame the crossover against a snow-covered Swedish countryside, giving us our closest and best look yet at the new offering. However, the discombobulated Maserati body and trippy camouflage do a remarkable job hiding the design details. The crossover sports a long hood with a Maserati grille underneath, a raked windshield, and a sloping liftgate that cascades down to a wide rear end. The lower rear bumper looks Ferrari-like with the quad exhaust pipes sticking out. Camouflage covers the lighting elements, though it’s doubtful the test vehicle is wearing production units.

Ferrari has detailed a bit of the Purosangue, noting that it’ll ride on the company’s Front Mid Engine Architecture while engineers work to develop several different powertrains. The SUV will sport a hybrid powertrain, allowing for some pure-electric driving, though we’re most excited at the possibility of a honking V12 underneath the hood. It’ll feature all-wheel drive, variable ground clearance, and a “new innovative suspension.”

The Other Spy Shots:

Ferrari is already making room in its lineup for the Purosangue, discontinuing the GTC4Lusso – a four-seat all-wheel-drive Ferrari with cargo capacity. It makes sense for Ferrari to discontinue it and replace it with what’ll likely be a far more popular model for those seeking something functional, fun, and Ferrari-branded. Eventually, the test vehicles will drop the Maserati body for production body panels, though that shift is still months away. We don’t expect Ferrari to reveal the Purosangue until 2022 before going on sale for the 2023 model year.