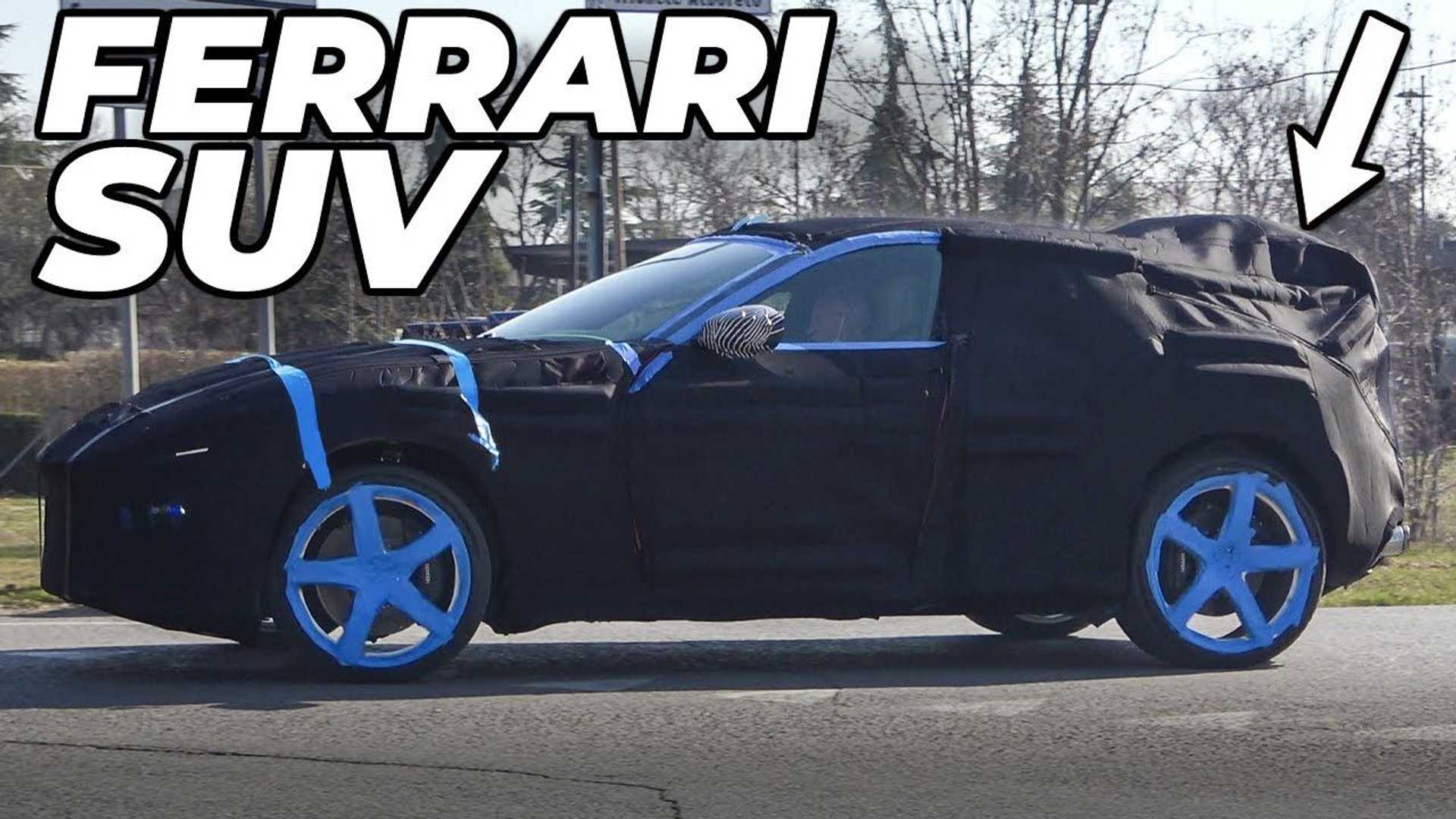 We can't wait for the final product.

The Ferrari Purosangue SUV is almost here and based on this latest video Ferrari is nearing the end of development. In this latest spy video, we see a Ferrari Purosangue prototype testing on the roads near the Ferrari Maranello factory, which is quite normal for prototype Ferrari spotting. The interesting bit surrounds the unique camo approach used by Ferrari. In addition to the black fabric wrap, Ferrari has elected to cover the car in blue tape. For anyone who’s painted recently, a project covered in blue tape is the universal sign for a work in progress and we appreciate Ferrari letting us know the status of the Purosangue.

The Ferrari Purosangue spied during testing in the video might be the strangest setup yet. Ferrari clearly went to get lengths to hide what’s under the camo which means its new SUV is almost done. That’s good news since the Ferrari Purosangue is supposed to debut later this year. This could be one of the last times in history that a Ferrari Purosangue is driven around with blue painter's tape covering its wheels and holding on a black camo wrap which makes this a historic moment for super SUVs around the world.

Speaking of other super SUVs, they better watch their backs as the Ferrari Purosangue promises to be the most track-capable SUV ever built. According to rumors, the Purosangue will most likely come in a V12 and V8 to fit different customer budgets. The Ferrari Purosangue will also be much lower than its competition and based on spy photos looks more like a lifted wagon than a traditional SUV. That means a lower center of gravity and better aero which translates into improved performance.

We cannot wait until Ferrari removes the blue tape and camo from its new SUV. Sure, it’s a little strange for Ferrari to build an SUV, however, the Ferrari Purosangue won’t be like any other SUV before it.