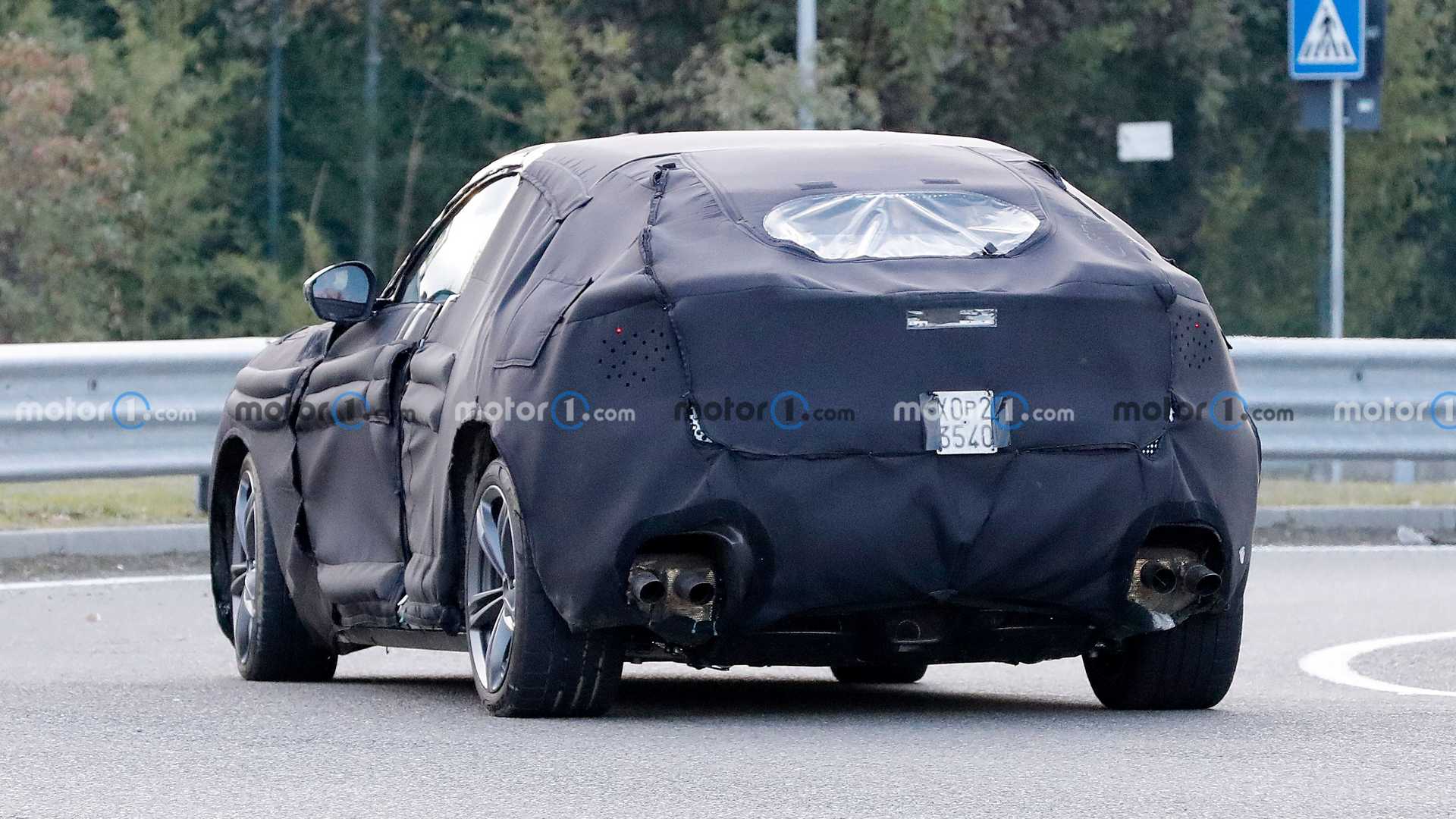 Ferrari Purosangue SUV Spied Up Close With Its Own Body

The first series production four-door Ferrari is coming in 2022.

The Purosangue ("Thoroughbred" in Italian) lost its modified Maserati Levante body at the end of November when a prototype was seen with the production sheet metal. The Ferrari among SUVs has been caught yet again, still hiding its sporty body under extremely thick camouflage to fully conceal what may very well be the final look of the high-riding Prancing Horse.

As with the Lamborghini Urus, it doesn't look like your typical high-performance SUV, but more along the lines of an oversized hatchback. The Purosangue technically won't be the first four-door Ferrari if we take into consideration the Pinin concept from 1980 and the 456 Venice sedan and wagon built for the Sultan of Brunei in the 1990s. However, the SUV will be Maranello's first series-production model to have rear doors.

It's not every day you see a Ferrari with such a generous ground clearance, which frankly will take some time getting used to. That said, let's be brutally honest and admit an SUV was inevitable. The fabled Italian brand can't just ignore a new revenue stream now that most high-end sporty brands have a sports utility vehicle. The Purosangue will not only go up against the Urus, but also the DBX, Bentayga Speed, Cayenne Turbo GT, and to some extent, the upcoming BMW XM.

With this still being a work-in-progress prototype, there's quite a gap around the quad exhaust tips, even though the rear bumper might be final. Perhaps the Purosangue is missing some chunky exhaust finishers to nicely fill up that space. We also believe the production-ready SUV will have larger wheels, but the rest of the vehicle is seemingly the finished product.

The Ferrari Of SUVs Is Coming:

There are some LED daytime running lights peeking through the camo on the front bumper and these seem to be positioned above chunky air intakes. A cutout in the tailgate is there for a reason, but there doesn't seem to be a third brake light in there, so it might be for the handle or a rearview camera? All told, we are getting the impression the Purosangue will appeal even to the anti-SUV crowd as much as the Urus.

As a refresher, the hotly anticipated Ferrari will ride on a new front mid-engine architecture with support for all-wheel drive, a dual-clutch gearbox, air suspension, and hybrid powertrains. The four-seat interior will accommodate a rear-seat entertainment system (in a Ferrari!) and we've heard rumors of a flagship V12 to join electrified V6 and V8 engines.

All will be revealed at some point in 2022, quite possibly after the 296 GTS convertible expected to debut in the first half of the year.