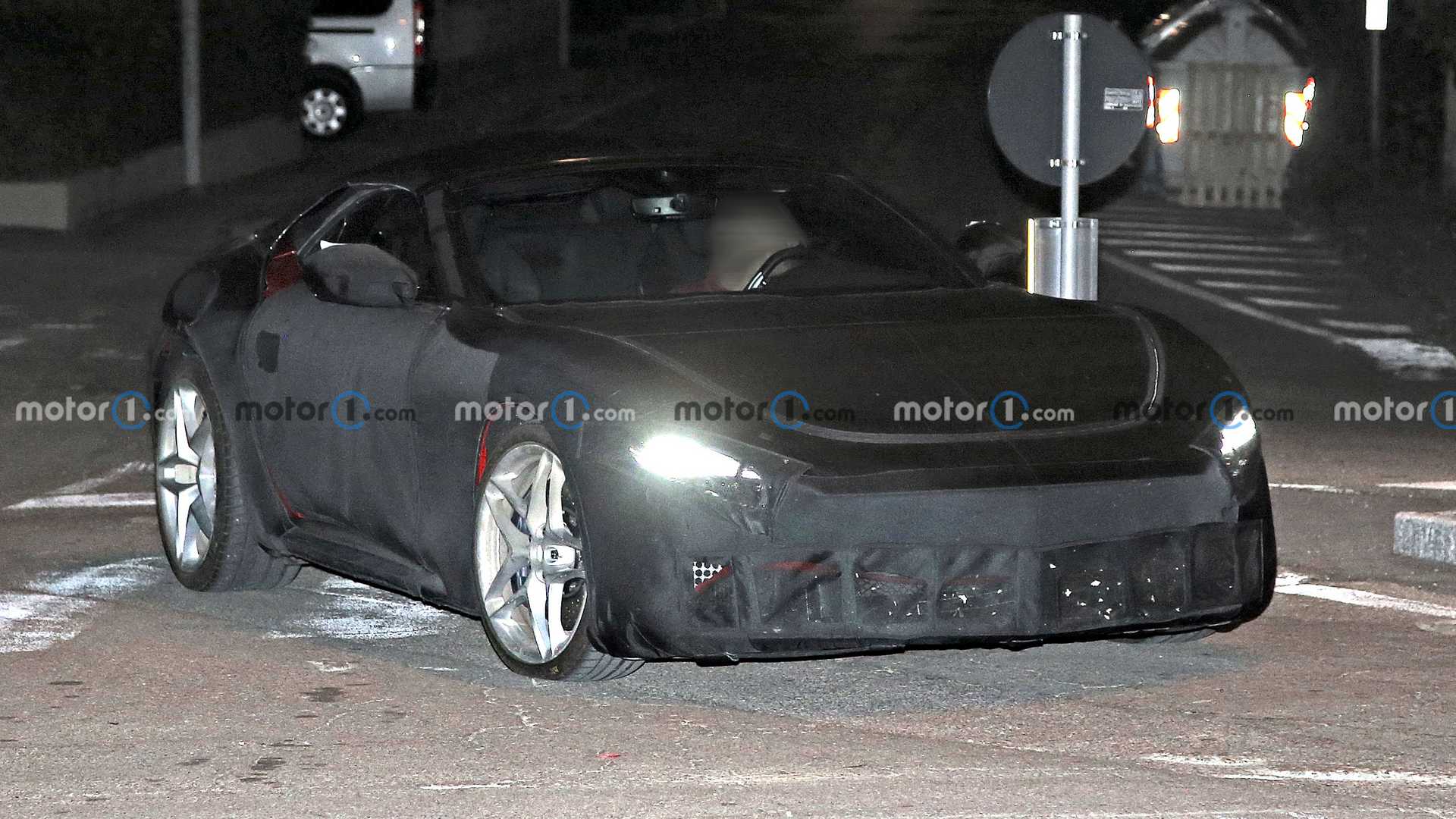 This is our first look at the open-top grand tourer.

The Ferrari Roma made its debut in November 2019 when it introduced a new cabin layout for the Maranello-based automaker. A convertible version of this supercar has always sounded like the logical next step in our heads and we now finally have a confirmation that an open-top Roma is under development. Friends, these are the first spy photos showing a prototype of what we believe is the Roma Spider.

The attached gallery below consists of only six shots but they show the supercar from nearly all angles. Unfortunately, there’s black camouflage covering the entire machine, though it’s probably safe to predict the design will be as close to the standard Roma as possible. If you have doubts this is a Roma prototype, our professional spy photographers report the headlights and taillights, as well as the overall profile, were certainly identical to the Roma.

Given the mechanical similarity between the Roma and the Portofino M, a convertible Roma doesn’t really make a lot of sense. This logic fueled rumors that Ferrari’s initial project for a Roma Spider has been canceled, though it seems that something is being cooked up in Maranello after all. Whether it is indeed a production version of the Roma Spider or something else, it’s difficult to tell at this point.

One thing that definitely points to this being an open-top vehicle is the slightly different roofline compared to the regular Roma. Whatever the case is, however, we believe this prototype has the Roma’s 4.0-liter V8 engine under the hood, producing 612 horsepower (450 kilowatts) and 561 pound-feet (761 Newton-meters) of torque. The same mill can be found in the facelifted Portofino M.

The Roma is probably going to be refreshed soon. Ferrari’s entry-level supercar is expected to gain visual revisions next year along with some upgrades in the powertrain department. This sounds like the perfect opportunity for the Maranello team to introduce a cabriolet version of the grand tourer and we will likely learn more soon. We expect to start seeing more prototypes of the supercar in the coming weeks so stay tuned.

As a final note, a V12-powered Roma trial car was caught on camera in April this year.