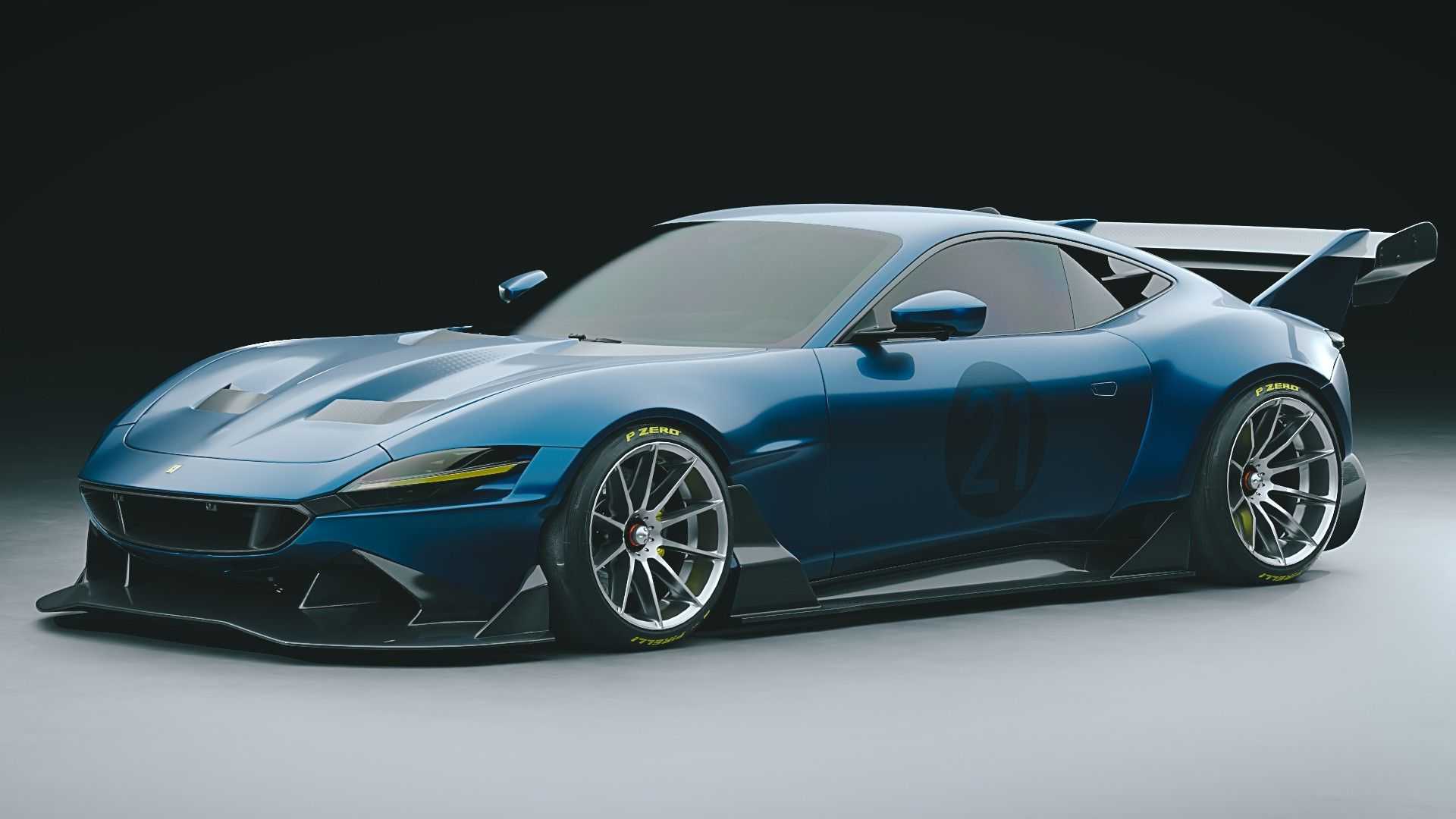 The Ferrari XX Programme was launched in 2005 as a series of exclusive events for a small number of special and very wealthy customers of the brand. It allows them to drive specially prepared machines on tracks such as Barcelona, Mugello, Spa-Francorchamps, and Paul Ricard. The 2022 season of the program includes more than 20 different events around the world and we have an interesting proposition for a new addition to the vehicle lineup.

Our friend Magnus Concepts from Germany – whose other projects can be seen on his Instagram page – sent us a batch of renderings, depicting a race version of the Ferrari Roma. Called the Roma XX, the supercar features an aggressive aerodynamic package, a lowered suspension, and other tweaks. It is finished in a very unusual blue color, though we have to admit it does look good.

Starting with the front end, the stylish fascia of the factory Roma leaves room for a completely redesigned fascia with a wide and aggressive bumper diffuser. In the center, there’s no longer a body-colored grille and the headlights have gained new yellow LED elements.

At the back, the changes are even more notable with a completely redesigned lower section of the fascia featuring two central exhaust pipes as opposed to the stock quad exhaust pipe arrangement. Also, there’s a giant fixed-wing and darkened taillights. The diffuser has two big slats and large air openings.

An Alternative Take On The Roma:

In stock form, the Roma has a 3.9-liter twin-turbocharged V8 with an output of 612 horsepower (456 kilowatts). This is probably enough power for a race version of the car, especially if it is combined with a significantly reduced weight. The future of the model doesn’t seem to include a hybrid version, however. Just recently, a V12-powered prototype was caught testing, though it’s too early to tell what Ferrari is currently working on.