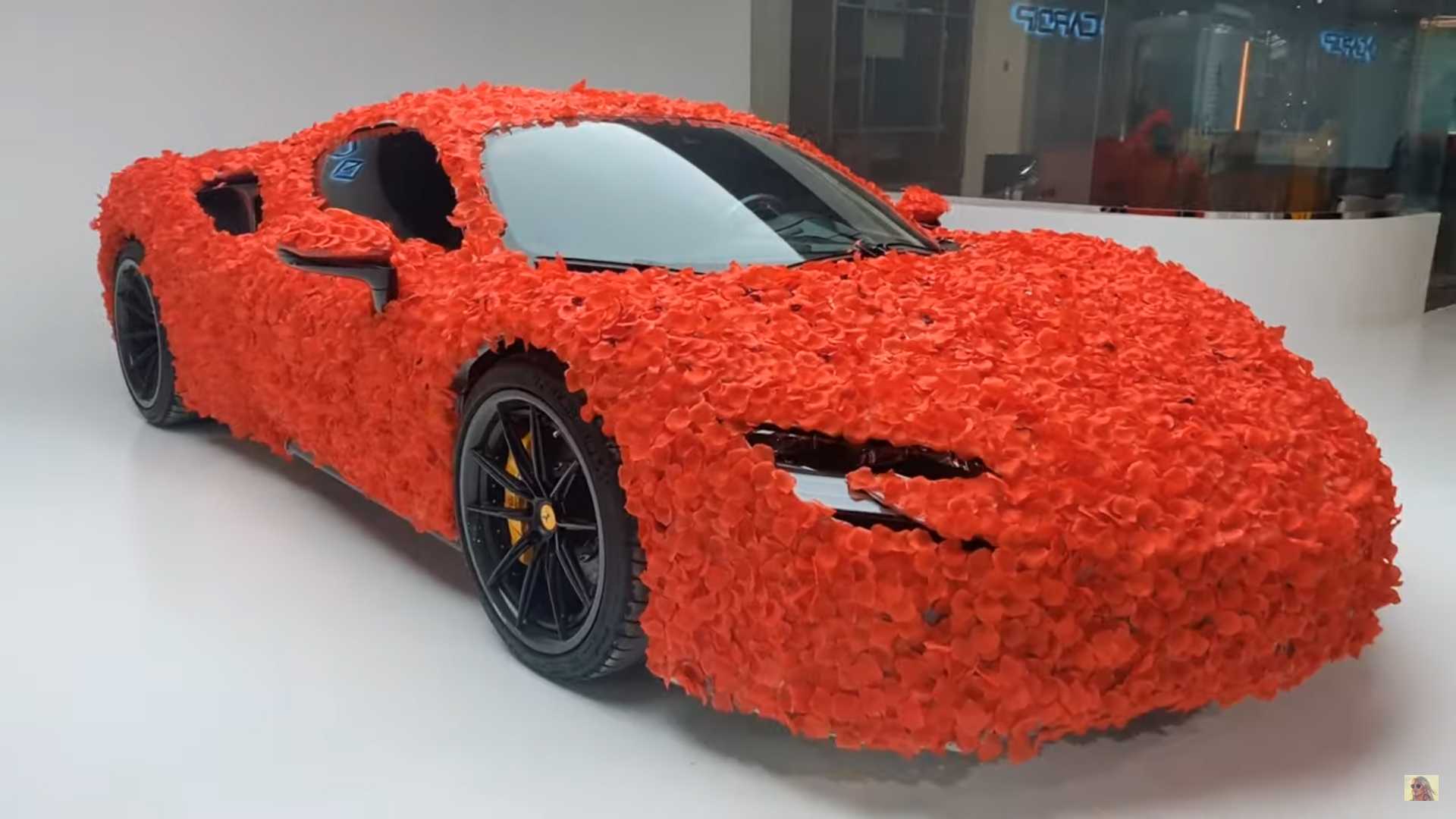 Here's a shout-out to the fellas planning a romantic gesture for their special someone on Valentine's Day. If you're going to go the traditional route with flowers, go big. Granted, not everyone can afford 1,000 roses, never mind a Ferrari. In this case, the Ferrari is only a temporary loan, but the blending of cars and flowers in this over-the-top presentation is certainly bonkers by any stretch of the imagination.

This grand gesture of love comes to us from Supercar Blondie on YouTube, though she doesn't make an appearance in this clip. Instead, we have Thomas and Romi, the lovebirds at the center of this very lavish gift who received help from Sergi, the mastermind. The goal was simple: take a Ferrari SF90 Stradale and cover the entire exterior with roses, which Thomas would then present to Romi as part of a Valentine's Day surprise. The other part? A short trip to Thailand, but somehow we suspect the car will be more memorable here.

The goal was simple, but reaching it obviously required a bit more work. The original plan called for gluing 30,000 (yes, 30,000) rose pedals to the SF90's exterior, but a problem soon arose in that the glue could damage the paint. Considering the car was just a loaner and valued at $800,000, a loose wrap was added to which the pedals were glued. And actually, the end result came out surprisingly well. Yes, we'll say it – the Ferrari looks pretty neat in a Rose Corsa finish.

Apparently, Romi felt that way too as she burst into tears of joy upon seeing it. And the pedals proved surprisingly robust while driving, with the Ferrari leaving only a minor trail of roses in its wake. It may only be a short-term fling with the supercar, but we suspect it's an experience Thomas and Romi will never forget.