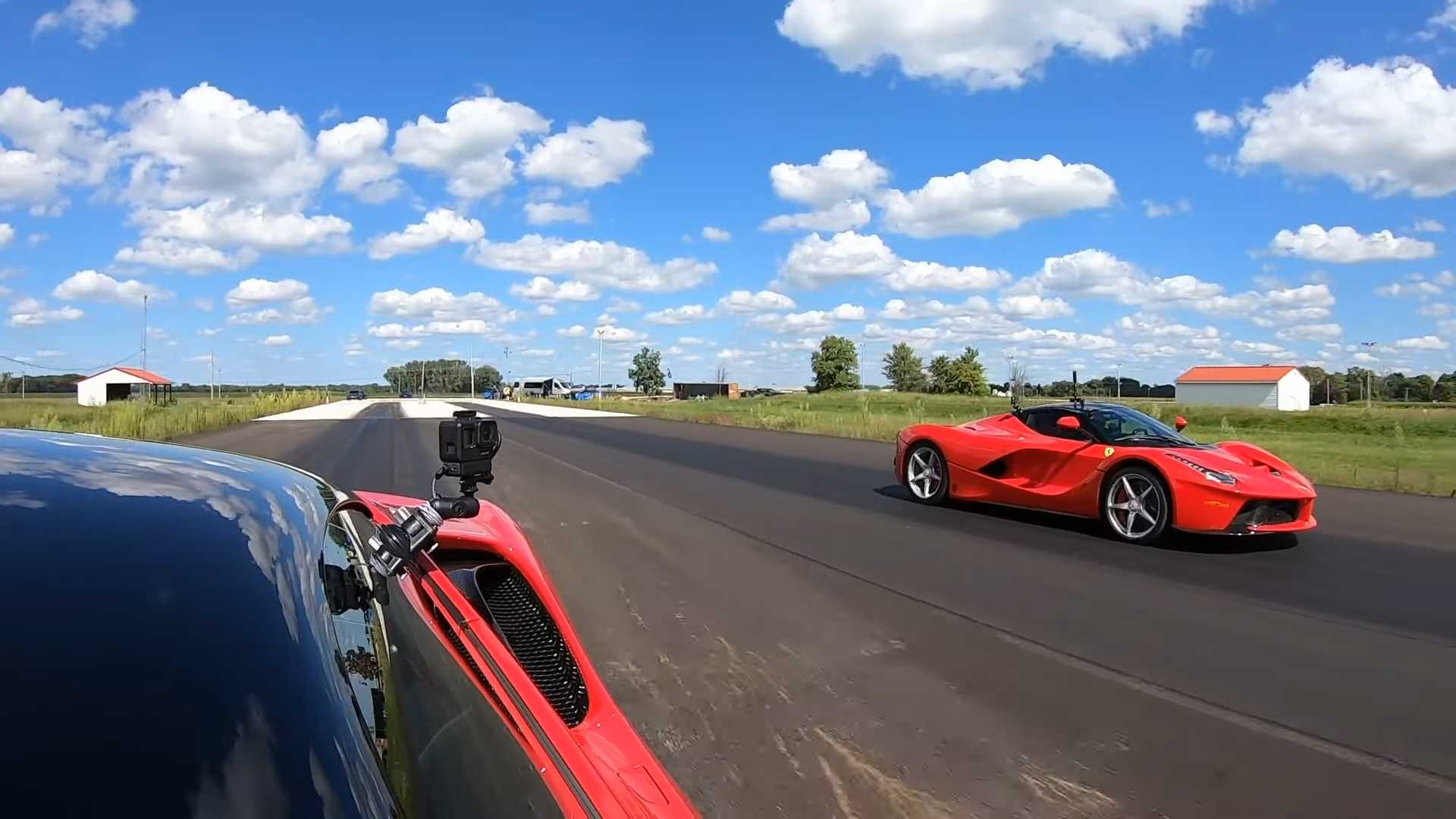 All three cars are stock, but when the least powerful still has 950 horsepower, you don't need modifications.

The Ferrari SF90 is one of the fastest production cars currently on the market. The Bugatti Chiron is one of the most powerful. And the LaFerrari is an exceedingly rare exotic that needs no introduction. Seeing all three in one place is special enough, but seeing them racing? That's a very special treat.

And that's exactly what we get in this video from DragTimes. The action takes place at a private drag strip, and to make sure you fully grasp this situation, the least powerful car here has 950 horsepower. That would be the LaFerrari, wielding its hybrid powertrain consisting of a 6.3-liter V12 engine, a single electric motor, and a seven-speed dual-clutch transmission to send all that power to the rear wheels.

Its primary competition for this video is also a Ferrari, specifically the SF90 Stradale. It's also a hybrid, but as you're no doubt aware, it features three electric motors working with a twin-turbocharged 4.0-liter V8. Power is up slightly from the LaFerrari at 986 hp, and it goes to all four wheels through an eight-speed dual-clutch transmission. And yes, there's also a 1,500-hp Bugatti Chiron making an appearance at the end of the video.

The bulk of the action, however, is Ferrari-versus-Ferrari. From a standstill, the LaFerrari has no chance against the all-wheel-drive SF90. It pulls to an early lead and stays there, but losing in a LaFerrari is still better than winning in just about anything else. The remaining races all start from a modest roll, and that's when the LaFerrari shines. It wins two battles in close action, with the SF90 claiming a victory on the fourth run. Tied at two wins each, a fifth roll race is held, and the LaFerrari ends the day with the overall win.

Ferrari At The Drag Strip:

But it's not the end of the racing action. The SF90 steps up for a standing-start, all-wheel-drive showdown with a Bugatti Chiron. These two cars alone have nearly 2,500 combined hp, and both drivers get equal launches. Can the Ferrari hold on despite a major power disadvantage? We'll leave that outcome for the video to reveal.