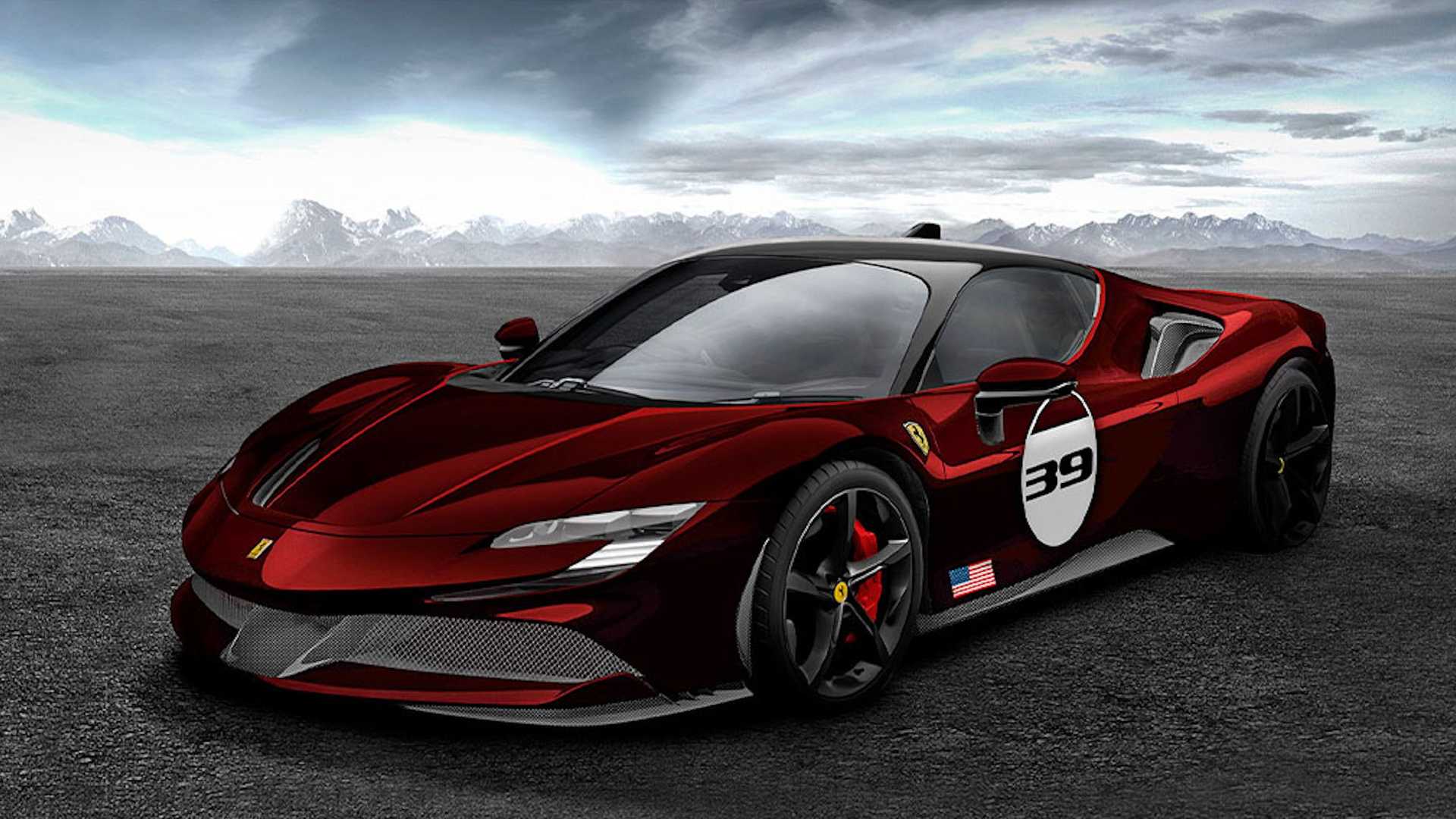 Last week, Ferrari introduced a unique 812 Competizione in Blu Capri paint. It was the first of five Ferrari Tailor Made models that the company is launching to celebrate the 10th anniversary of Ferrari Cavalcade, an annual road trip for Ferrari cars and owners. The Italian company has introduced the second car in the series on Facebook, a deep red – Rosso Taormina — SF90 Stradale.

Ferrari says that the “charred slopes of Mt. Etna” inspired the car’s “deep, earthy shade of red.” The color finds its way inside the vehicle, showing up on the floor, the center console, and the seats. The car also wears bright red calipers that do not match the exterior paint hue.

Ferrari’s Tailor Made program is available to customers who want to truly personalize and customize their car’s appearance, offering a range of finishes, materials, and colors. The wide range of options means we have no idea what Ferrari has planned for the next three Cavalcade cars.

The SF90 Stradale debuted in mid-2019, introducing a hybrid model to its high-performance lineup. With its electric motors and turbocharged 4.0-liter V8, the car produces a staggering 986 horsepower (735 kilowatts) and 590 pound-feet (800 Newton-meters) of torque. The engine alone cranks out 769 hp (573 kW), making it the most powerful V8-powered Ferrari at the time. It can hit 60 miles per hour (96 kilometers per hour) in just 2.5 seconds.

Ferrari says the five cars will take their design inspiration from important sights along the Cavalcade’s route, including the volcanic Mt. Etna and the Mediterranean Sea. A massive event for Ferrari owners like the Cavalcade makes sense for the coveted and exclusive brand. With 10 years of Cavalcade events behind it, we’re excited to see what Ferrari has planned for the next decade, including any new hypercars it’s developing.