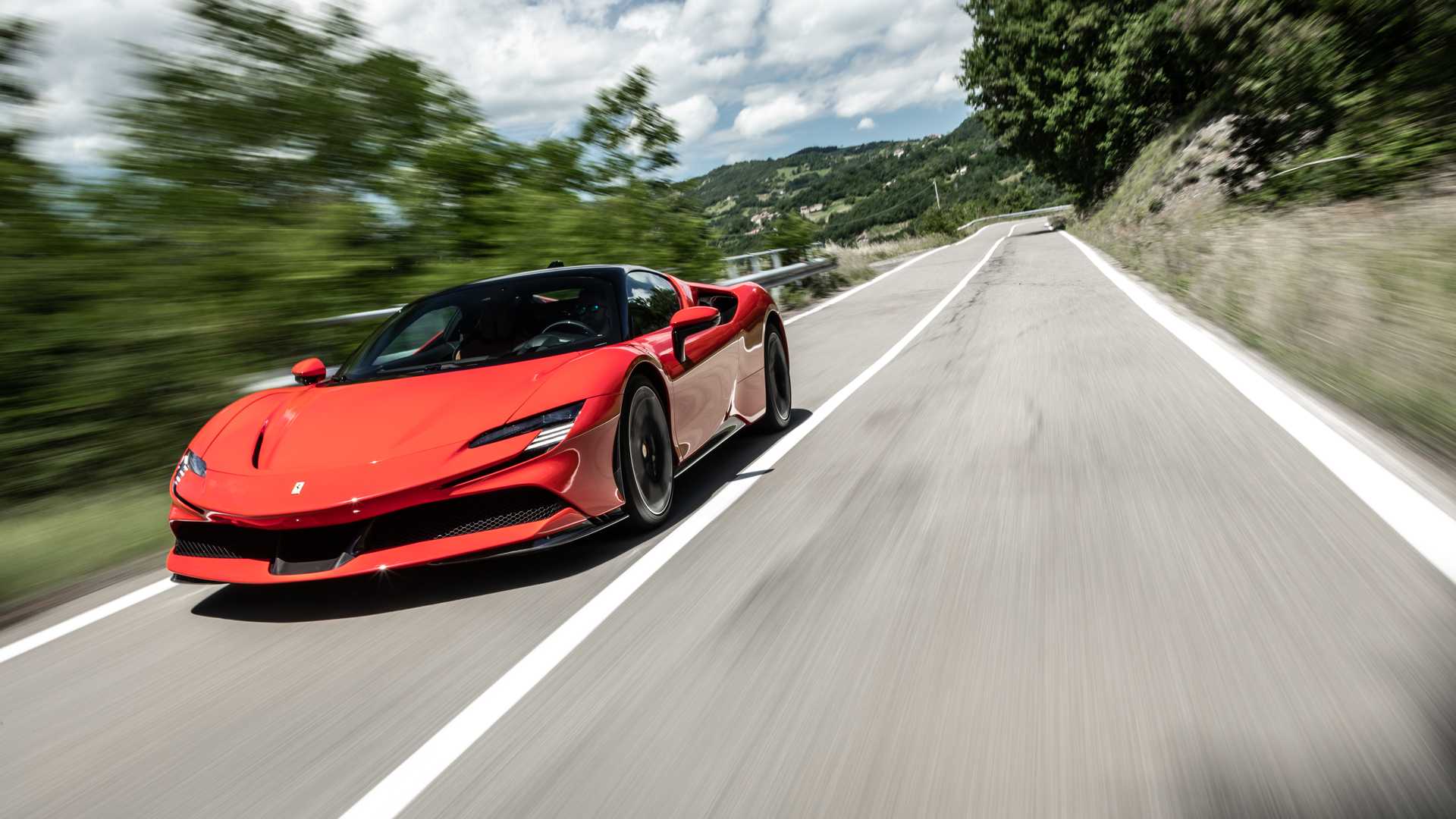 Is that Verde Francesca?

What is Ferrari up to here? Specifically, we're seeking two answers to that question because there are two items that grab our attention. The first involves the bits of camouflage on the nose and sides of this SF90 Stradale, a car that debuted long ago. The second is all about that stunning green exterior, which is something we've never seen before on the SF90.

Let's start with the second point. YouTuber Varryx has a habit of catching secret Italian supercars out and about, and you might say this sighting has us green with envy. That's because Ferrari offers 24 different exterior color options per the SF90 online configurator, but this shade isn't among them. We believe it's called Verde Francesca, a color that first appeared in 2018 on a one-of-one 488 Pista. It could also be Verde Medio, a vintage Ferrari color that actually morphed into several variations of light green over the years. Whatever it is, the finish looks fantastic on the SF90's lines.

As for the first point, what could the camouflage on this car be hiding? The front fascia doesn't look different from stock, though the coverings on the frunk could conceal a different series of vents. On a typical SF90, there's nothing of interest below the large side intakes where we see more coverings on this car. The only possible answer we have at the moment is this being some kind of special edition project. That would correlate with the green exterior that presently isn't available for order. It's possible the coverings aren't hiding design changes, but graphics or trim.