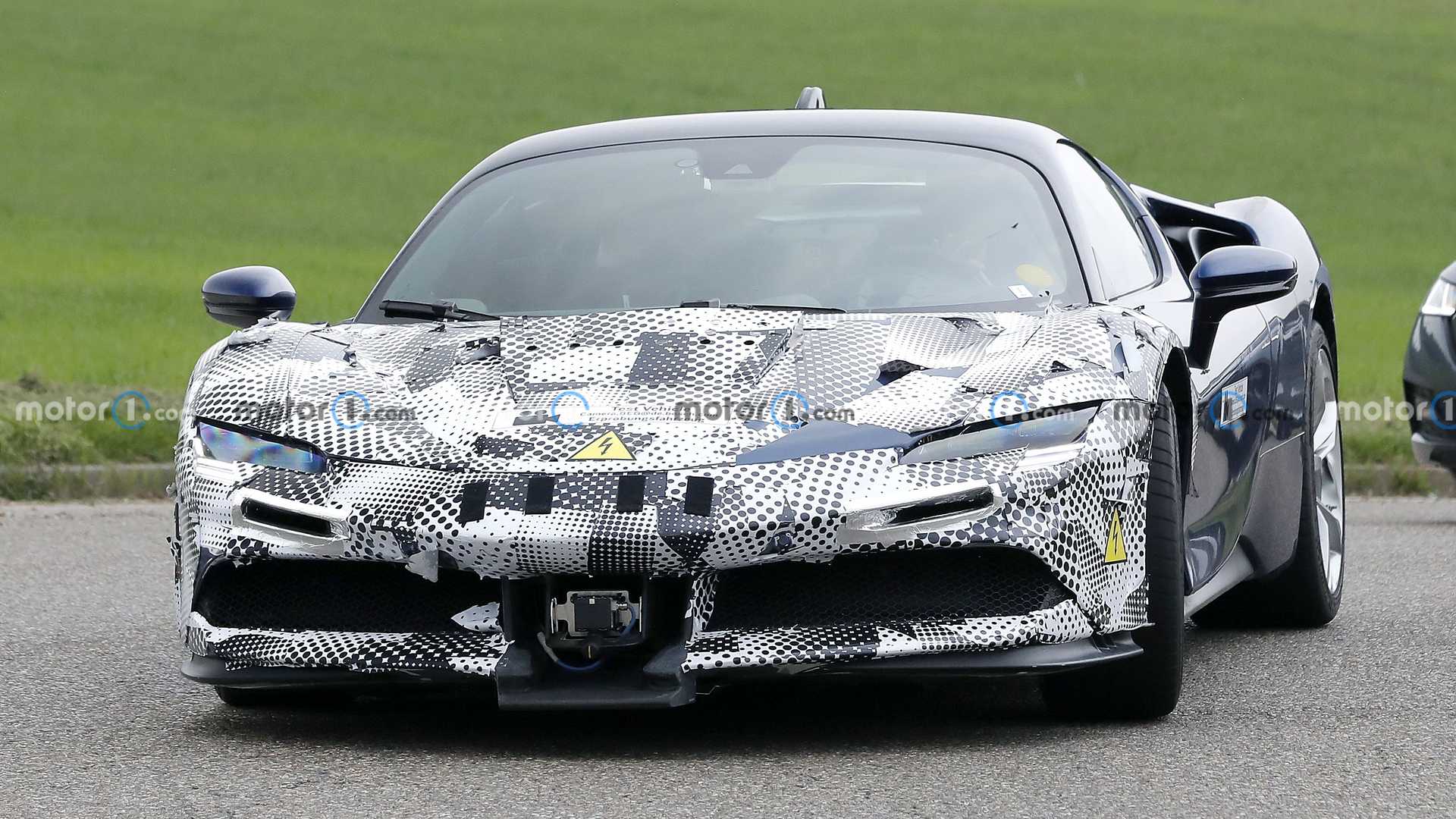 The revised hood is inspired by the 488 Pista.

The forthcoming Purosangue SUV is certainly on the minds of Ferrari fans, but that's not the only new prancing horse in the works. A tweaked SF90 was caught on video just a few days ago, and now we have detailed spy shots of another test car wearing camouflage on its nose.

There's a good reason for the camo coverings. It appears Ferrari is working on an aero-enhanced SF90 Stradale, possibly called the VS. That stands for Versione Speciale, though it may not be the name that makes it to production. If you recall, VS was used to describe test versions of what would become the 812 Competizione. As such, this could be the SF90 Competizione, or perhaps the SF90 Speciale, or simply the VS. Whatever the name ends up being, no doubt it will be plenty fast.

Thus far we're only aware of aerodynamic changes. The camouflage does a good job of obscuring details, but the new hood features an S-duct similar to the 488 Pista. Minor revisions to the vents on the lower fascia are harder to see, but new openings below the headlights are rather obvious. A very close look at the sides of the fascia suggests the small vertical fins in front of the wheels are either shrunk or gone. 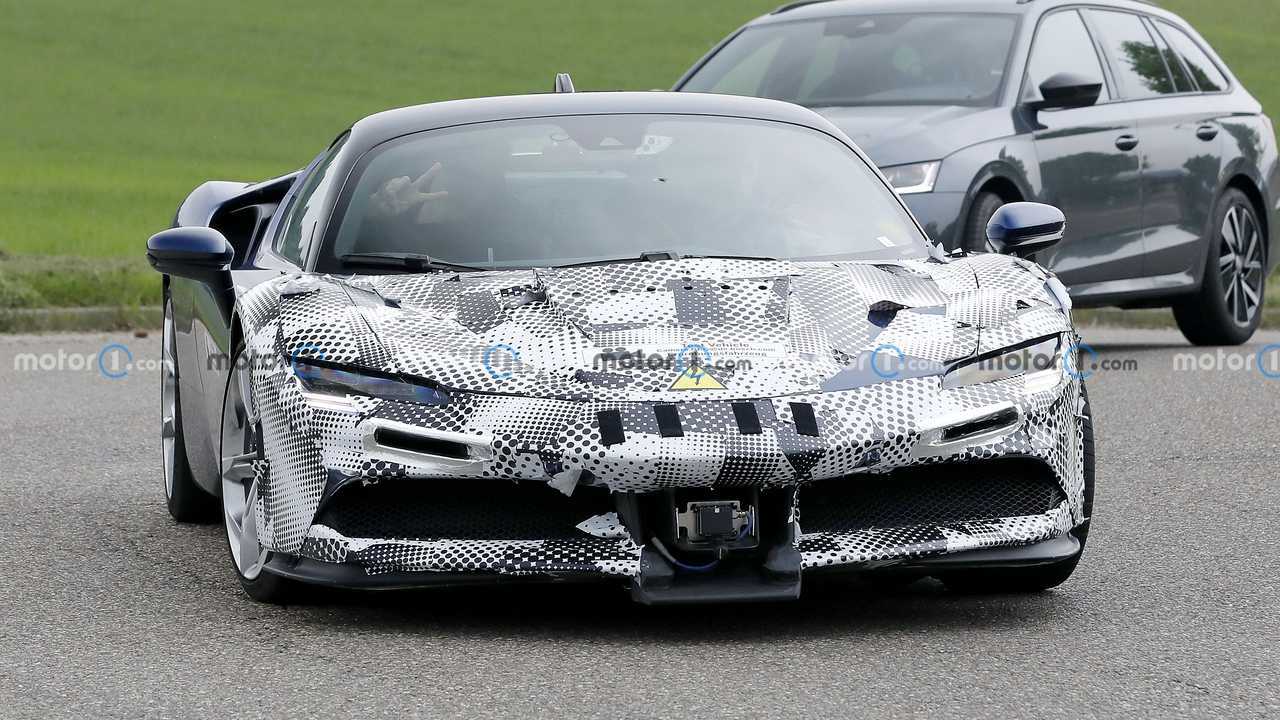 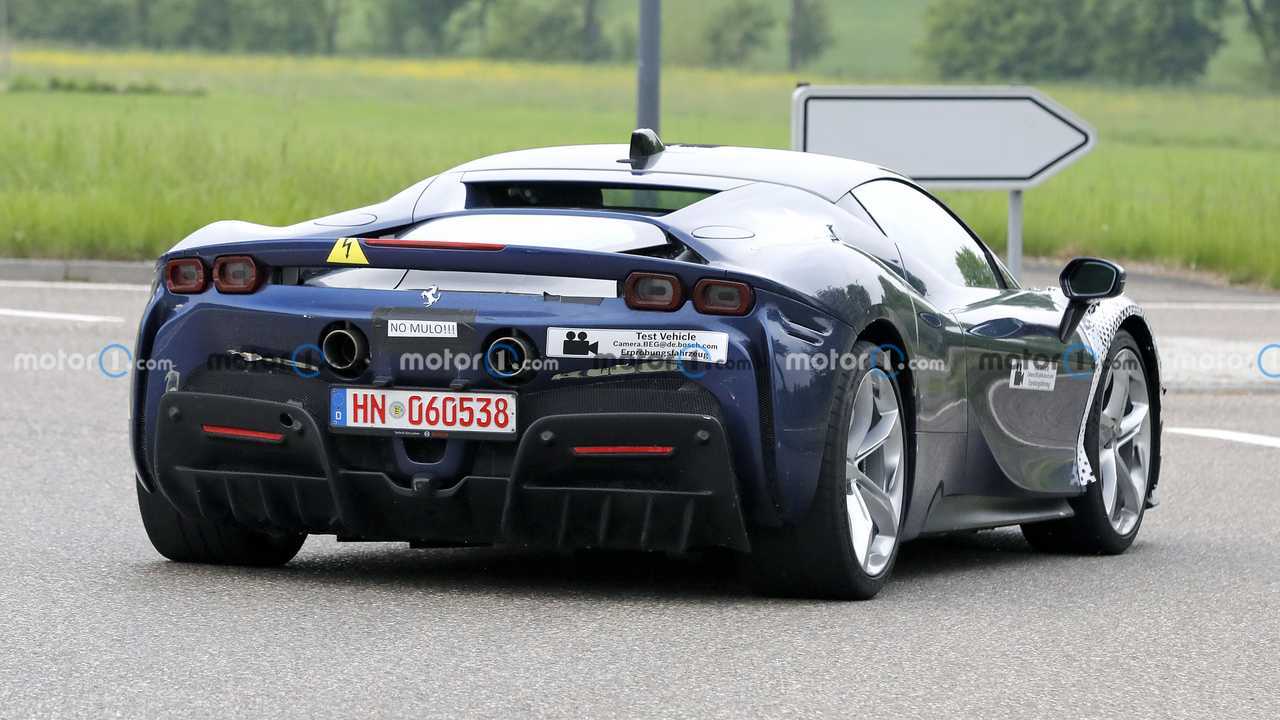 The camouflage is relegated to the front, and as such, we see no changes further back. However, our spy sources say a larger rear wing could appear at some point.

The aerodynamic changes are all about downforce. Air moving up from the bumper passes through the hood, generating downforce while creating a suction effect. With the addition of a rear wing, Ferrari could certainly turn the SF90 into an even more capable corner carver than it already is. And with 986 combined horsepower already providing excessive thrust, any potential powertrain upgrades would likely be small, if there are any at all.

Right now, our sources are saying this upgraded SF90 won't launch until late 2023.