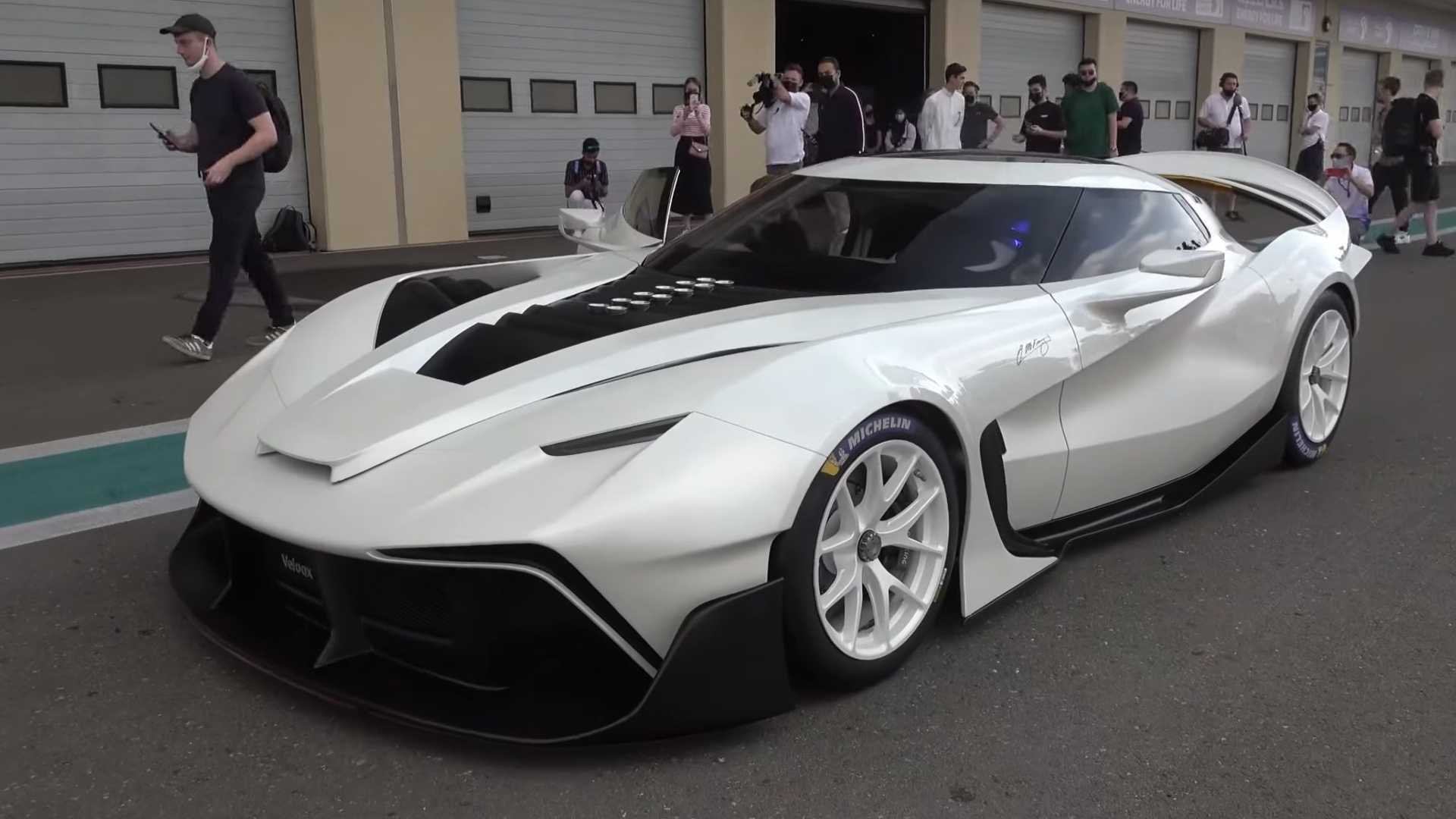 It sounds as spectacular as it looks.

Remember the Ferrari F125 TDE spotted in the UAE in May last year? The wild creation goes by another name as it has made its formal debut at Yas Marina as the Veloqx Fangio. If the association of these words doesn't sound familiar, the latter word should though, "Veloqx" is a motorsport team. It triumphed at the 12 Hours of Sebring in 2004 when it also finished in second place at the 24 Hours of Le Mans with an R8.

"Fangio" is a tribute to iconic five-time F1 championship winner Juan Manuel Fangio. He also competed in the two endurance races we mentioned above, as well as at the 24 Hours of Spa. In addition, he won the 1953 Carrera Panamericana. The legendary Argentinian driver competed for Alfa Romeo, Ferrari, Lancia, Maserati, and Mercedes, plus for some defunct automakers like Gordini and Talbot-Lago.

Now that that’s settled, what exactly is the Veloqx Fangio? A press release has yet to be published, but sister site Motorsport.com spoke with the British team’s founder Sam Li last year. The plan is to go racing in 2025 with a track-only machine powered by a Ferrari V12 engine. Interestingly, the powertrain is being modified to run on a variety of fuels, including biofuel. A "variable zero-emission fuel combustion engine" is planned, along with a low-volume road car.

The initial test took place last year at Bahrain International Circuit and now it has been filmed in Abu Dhabi on the Yas Island where the circuit was built in 2009. Veloqx Fangio looks bonkers and runs on LMP2-spec slicks. The ultra-aggressive body kit serves a functional purpose to maximize aerodynamics following three years of computational fluid dynamics (CFD) research.

Its giant front splitter looks like it could easily double as a snow plug, while the rear diffuser reminds us of a tractor aerator. Judging by the interior, the Veloqx Fangio has more than just the engine borrowed from Ferrari as it appears to be based on the F12, potentially the F12tdf version. However, that has yet to be confirmed.

We do know for sure the engine sounds positively glorious and the top-mounted quad exhaust is a sight to behold.