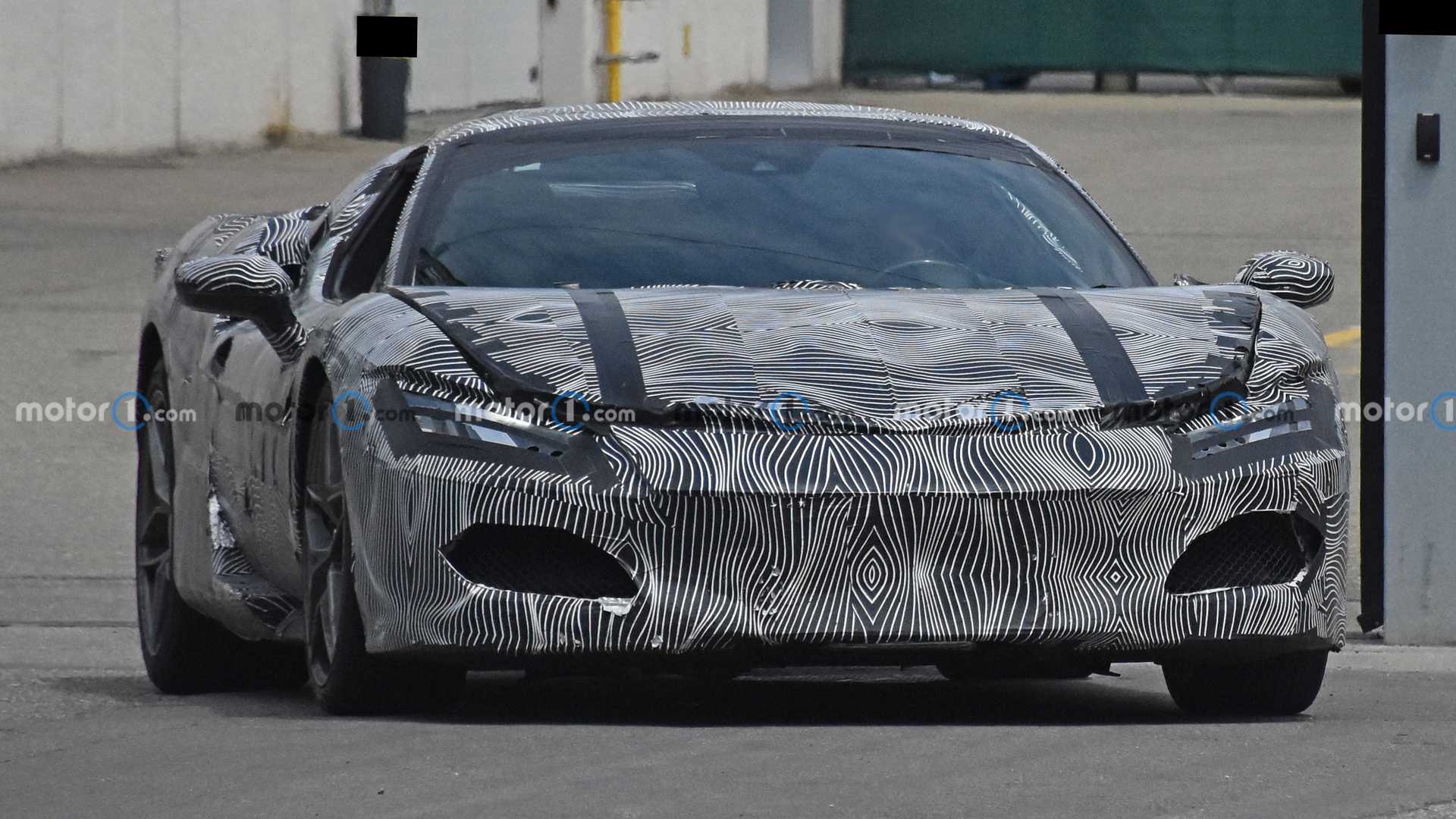 Ferrari hasn't built a V6-powered model in decades but that's all about to change with its upcoming McLaren Artura rival. The high-voltage sign just behind the driver's door reveals the supercar's electrified nature, much like its competitor from Woking. We're dealing with a prototype hiding what looks like the production body, albeit still very much camouflaged.

The modern-day Dino appears to be red underneath that thick disguise and has a pair of fake exhaust tips. According to our spy photographers, the actual exhaust is mounted in the center of the rear bumper, flanked by those two faux tips poking out of the camouflage. The prototype appears quite bulky from some angles, but we're fairly certain it's only because of the extra layers of disguise.

Reportedly called the Ferrari 486, the electrified newcomer from Maranello is said to combine a 3.0-liter twin-turbo V6 (different than the Maserati MC20's) with an electric motor for a grand total of roughly 700 horsepower. Some 110 hp of that output is expected to come from the electric side of the powertrain, which will be able to work on its own as reports say the upcoming Prancing Horse will have an EV range of up to 20 miles (32 kilometers).

It allegedly goes by the "F171" codename and is set to break cover towards the end of the year. Its electrified V6 will be implemented in additional models, including the Purosangue SUV coming in 2022. As opposed to the SF90 Stradale in which the electric motor enables a front-wheel-drive mode, the new hybrid setup based around the V6 is exclusively RWD or so we're hearing.

A downsized engine with hybrid assistance is a necessity to meet tougher emissions regulations, but Ferrari has vowed to make efforts and keep the V12 alive for as long as possible. A more potent version of the twelve-cylinder mill has already announced and it will pack in excess of 830 horsepower, thus outpunching the 812 Competizione.