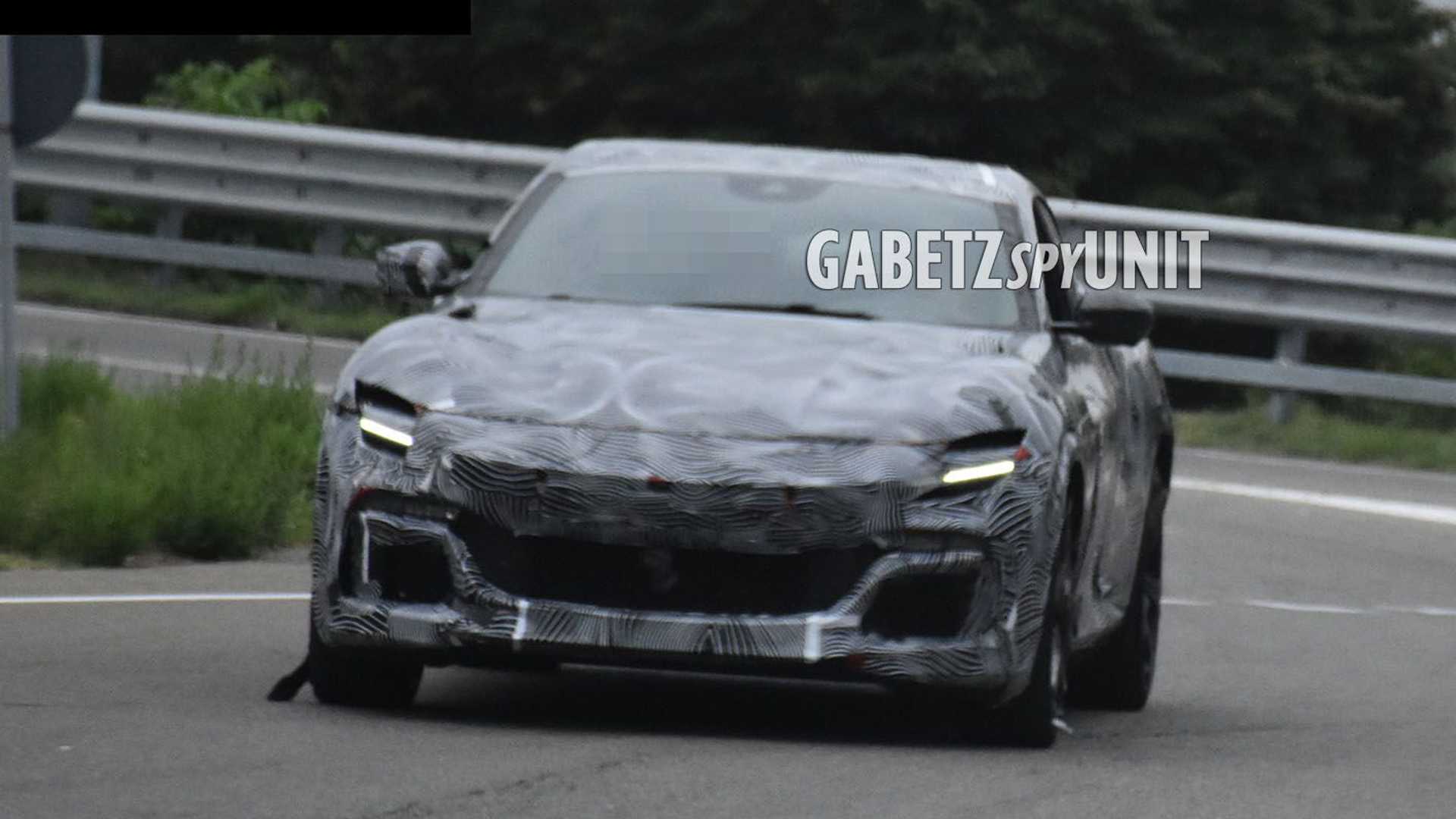 The engine will pair with a dual-clutch gearbox.

The Ferrari Purosangue debuts tomorrow, but the Italian automaker has at least one final teaser to show us before the big reveal. The new video clip, posted to the company’s social media pages, doesn’t reveal much of the car, but it does provide a glimpse at the red, Ferrari-branded V12 engine that will power it.

Ferrari hasn’t provided specific details about the new naturally aspirated mill, but the company has confirmed a few other tidbits about the powertrain. The engine will pair with a dual-clutch gearbox and all-wheel drive. Its output numbers remain a mystery, something we should discover on Tuesday, but the V12 makes 830 horsepower (610 kilowatts) in the 812 Competizione, and it’s capable of producing more.

The mighty V12 will get a lot of attention, but it likely won’t be the model’s only powertrain option. There could also be a hybrid variant, but there’s no indication that it’ll debut tomorrow. We expect the hybrid to break cover at a later date, possibly as the ultimate Purosangue version. Ferrari wants 60 percent of its models to have a hybrid or all-electric powertrain by 2026, and the new Purosangue is likely one such model.

When the Purosangue goes on sale, Ferrari will limit its production. The Italian automaker wants to restrict sales to below 20 percent of annual deliveries. That means Ferrari wants every one in five new Ferraris to be the Purosangue. That means the company’s supercars will continue to make up most of its sales.

Check Out The Other Teasers:

Ferrari is the latest high-end automaker to develop an SUV to adapt to changing consumer trends. Aston Martin, Bentley, Lamborghini, and Rolls-Royce have introduced the DBX, Bentayga, Urus, and Cullinan in recent years to great success, following in the well-worn tire ruts of early pioneers like the Porsche Cayenne.

Ferrari’s portfolio is in for a big, new addition tomorrow when the company reveals the Purosangue. Spy photos and teasers have showed that the model won’t look like your typical SUV, with an aggressive front fascia and hunkered-down appearance. The Purosangue will arrive for the 2023 model year.