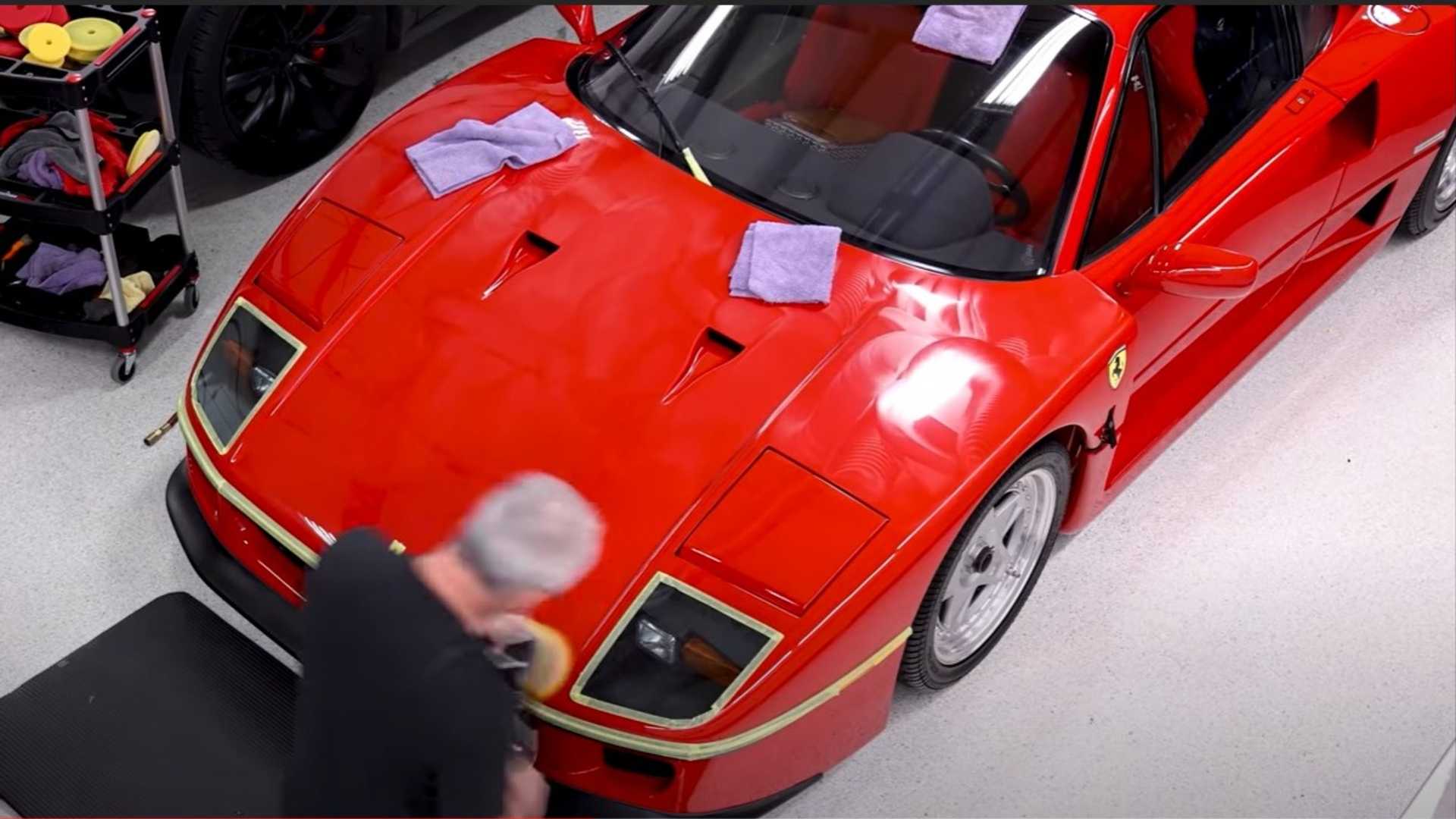 The so-called detailing is now getting more and more popular for car enthusiasts of all groups. If you are not familiar with the term, car detailing is the art of cleaning and restoring a vehicle to like-new condition. This often includes not only the exterior of a car, but also its seats, carpets, dashboard, engine bay, and basically everything that can be seen or touched.

But detailing an old or classic vehicle is vastly different from detailing a more modern machine. As Todd Cooperider from Esoteric puts it in a new video, “there are a lot of requirements, a lot of potential issues that you have when working” on a car like the one that’s featured in the video. It’s not just any retro car but the mighty Ferrari F40, arguably the greatest supercar ever made.

Or, to put it simply, you can’t be a hero when detailing an F40 because every little mistake can be quite costly. You can’t just repaint parts of an F40 because its value drops down considerably. Add to that the fact that the original factory painting on these cars was not especially great - they were built to look from far away.

All this leads us to one very important thing - preservation. You can’t simply slap a layer of protective foil, the car needs a thorough inspection before that. And in the video at the top of this page, Todd Cooperider from Esoteric explains every little detail you need to pay attention to when inspecting and detailing a car like the F40.

In this case, the owner of the supercar wants to drive it and not just keep it in a museum for the next generations. We admire his decision, though this means the vehicle needs even deeper inspection and more work before it can undergo a complete preservation process. Sounds easy? No, it isn’t, and Todd explains why in the video.