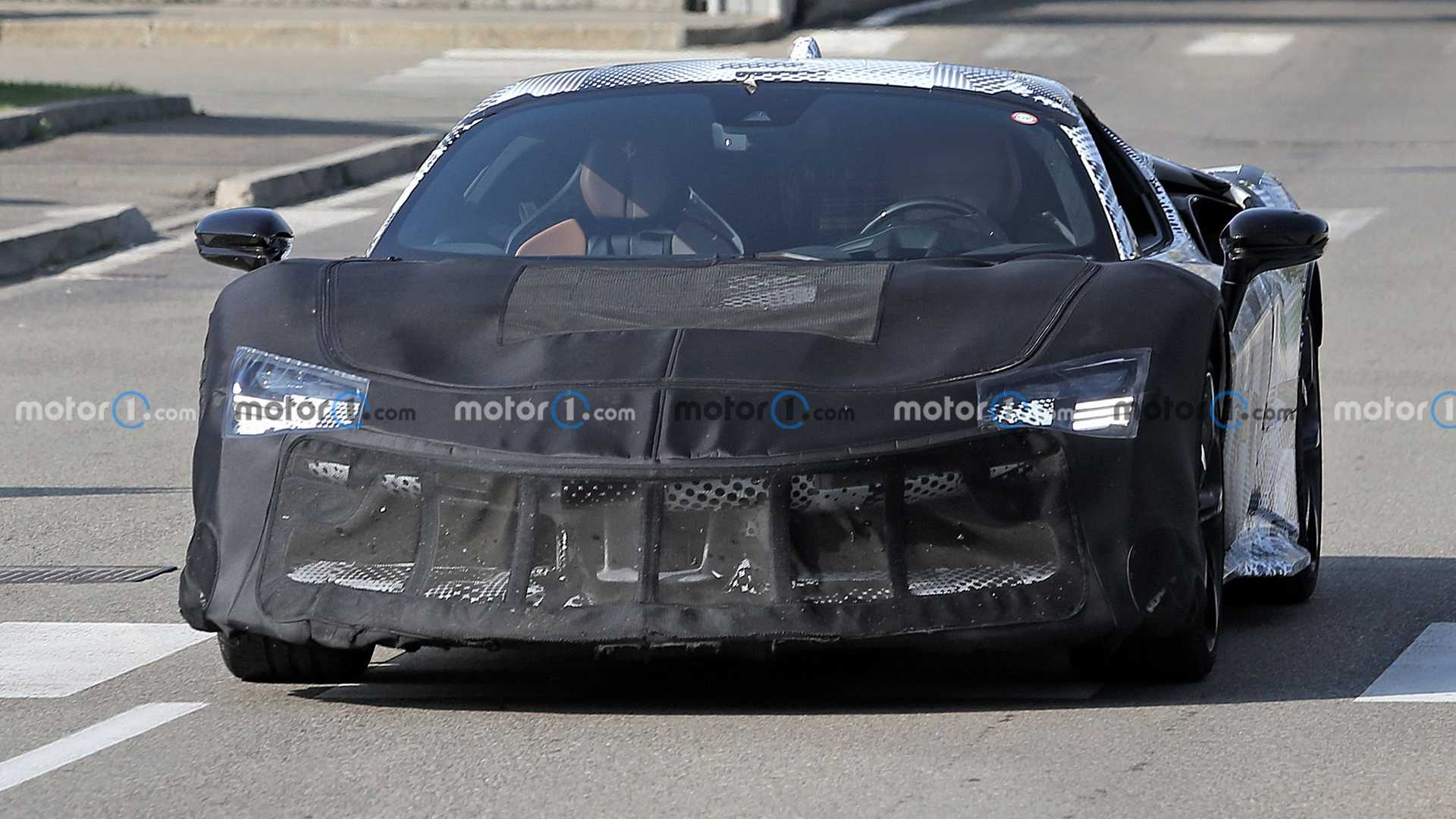 Maranello appears to be working on its own take on the long-tailed supercar genre.

Ferrari introduced the SF90 Stradale in May 2019 before expanding the lineup in November 2020 with the SF90 Spider. In May this year, a partially camouflaged prototype of the coupe was spied undergoing testing, hinting at a refresh for the plug-in hybrid Prancing Horse. It's been caught multiple times since then, and now car paparazzi have spotted a different vehicle wearing what appears to be the full production body.

It looks as though the SF90 will be going through significant changes because the adjacent spy shots are giving us the impression the test vehicle has a longer body. Ferrari appears to be following the longtail recipe used by McLaren and Pagani judging by the slightly stretched rear end unless the disguise is playing tricks on us. Significant changes are planned at the front where the fabric material hides a redesigned nose where there are likely aero and cooling tweaks.

Ferrari rarely talks about future products and therefore we'll have to wait for the official reveal to learn about any potential changes to the powertrain. With 986 horsepower on tap from a twin-turbo 4.0-liter V8 engine and three electric motors, the SF90 Stradale is already packing quite the punch. However, we won't be too surprised if its combined output will hit the 1,000-hp mark for the "Versione Speciale" seen here.

Since launching the SF90 three and a half years ago, the Italian squad has downsized the plug-in hybrid recipe to accommodate a V6 for the 296 GTB / Spider. In addition, the recently introduced 499P Le Mans Hypercar prototype also uses a six-cylinder mill. The SF90 VS or whatever it will be called is likely to retain its V8.

See Different Flavors Of The SF90:

The updated Stradale could spawn a new track-only derivative judging by a prototype spied recently with a big rear wing. Ferrari is expected to introduce the revised SF90 sometime next year, with a potential LaFerrari replacement rumored to arrive in 2024. These are just two of the 15 cars planned to arrive by 2026, with a purely electric model slated to come out a year earlier.