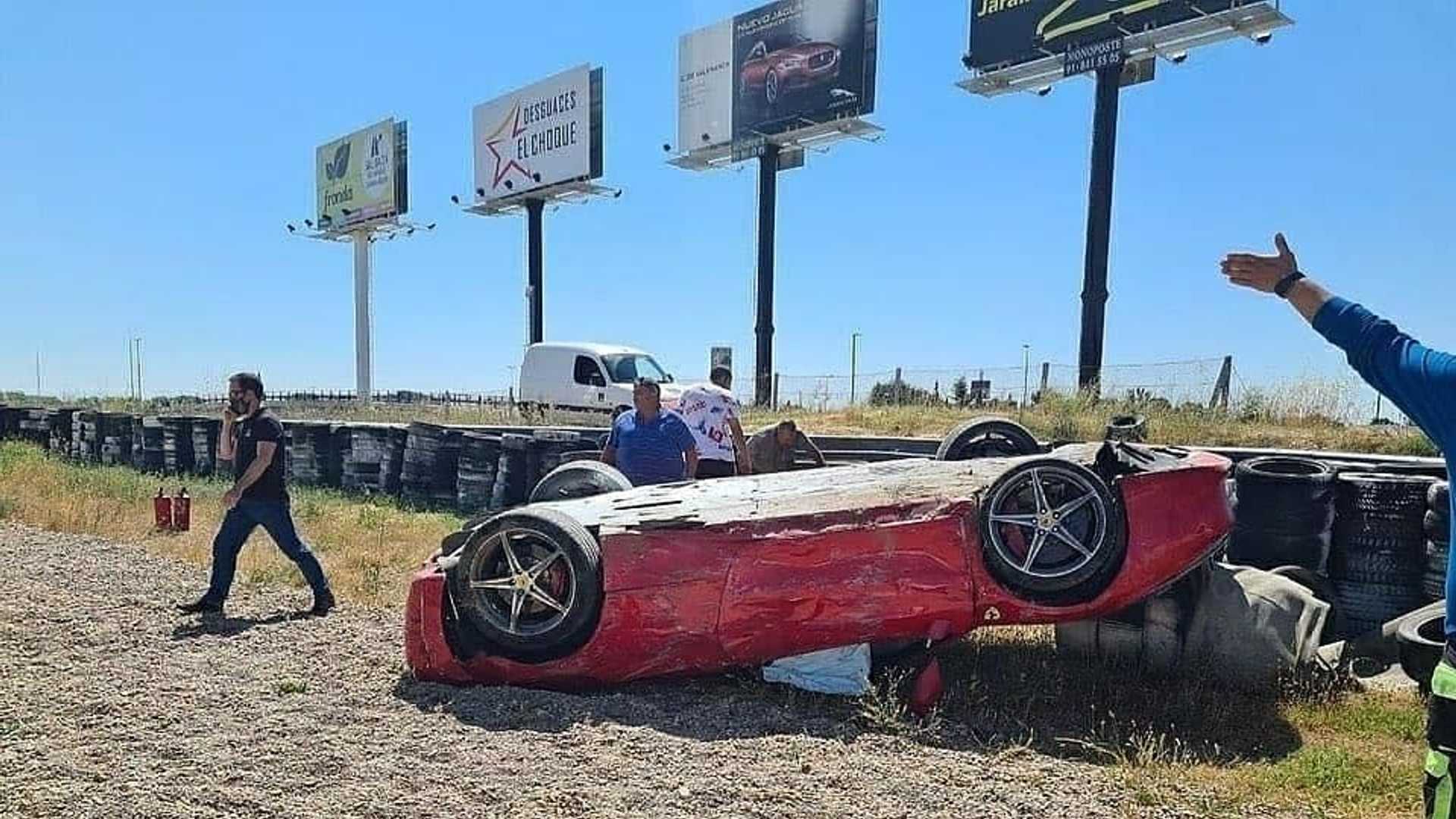 That one had to hurt.

Track days provide enthusiasts an excellent opportunity to get their vehicles out and open them up. However, there are always inherent risks when it comes to high-performance driving. Recent Instagram footage from Supercar Fails shows what looks to be a Ferrari 458 flipping into the barriers after a first corner incident.

The track in question is Circuito del Jarama located near Madrid, Spain. While it doesn’t have the same pedigree as other Spanish tracks, it did host Formula 1 races through 1981. Due to the tight and twisty nature of the corners, the venue is currently a hot spot for motorbike racing.

Onboard footage shows everything looking relatively normal going through the final corner and coming onto the main straightaway. Things start to go wrong coming into the first corner, as the car isn’t slowing down at all. It’s hard to be absolutely certain what caused the incident, but we'd wager that the brakes failed.

Fortunately, the driver was able to avoid hitting any other cars during his series of unfortunate events. With such big speed, we were surprised to see such a petite runoff area – which didn’t slow the car all that much speed by the looks of it. While the Italian Supercar was most likely a complete write-off, we’re relieved to hear that both passengers walked away without any serious injuries.

That's Going To Leave A Mark:

Brake failures are quite a rare occurrence, but nobody is immune from them. These types of incidents are especially terrifying as there’s not a lot you can do from behind the wheel. Vigorously pumping the brakes and downshifting might be able to save you, but bracing for impact will likely be your only option.