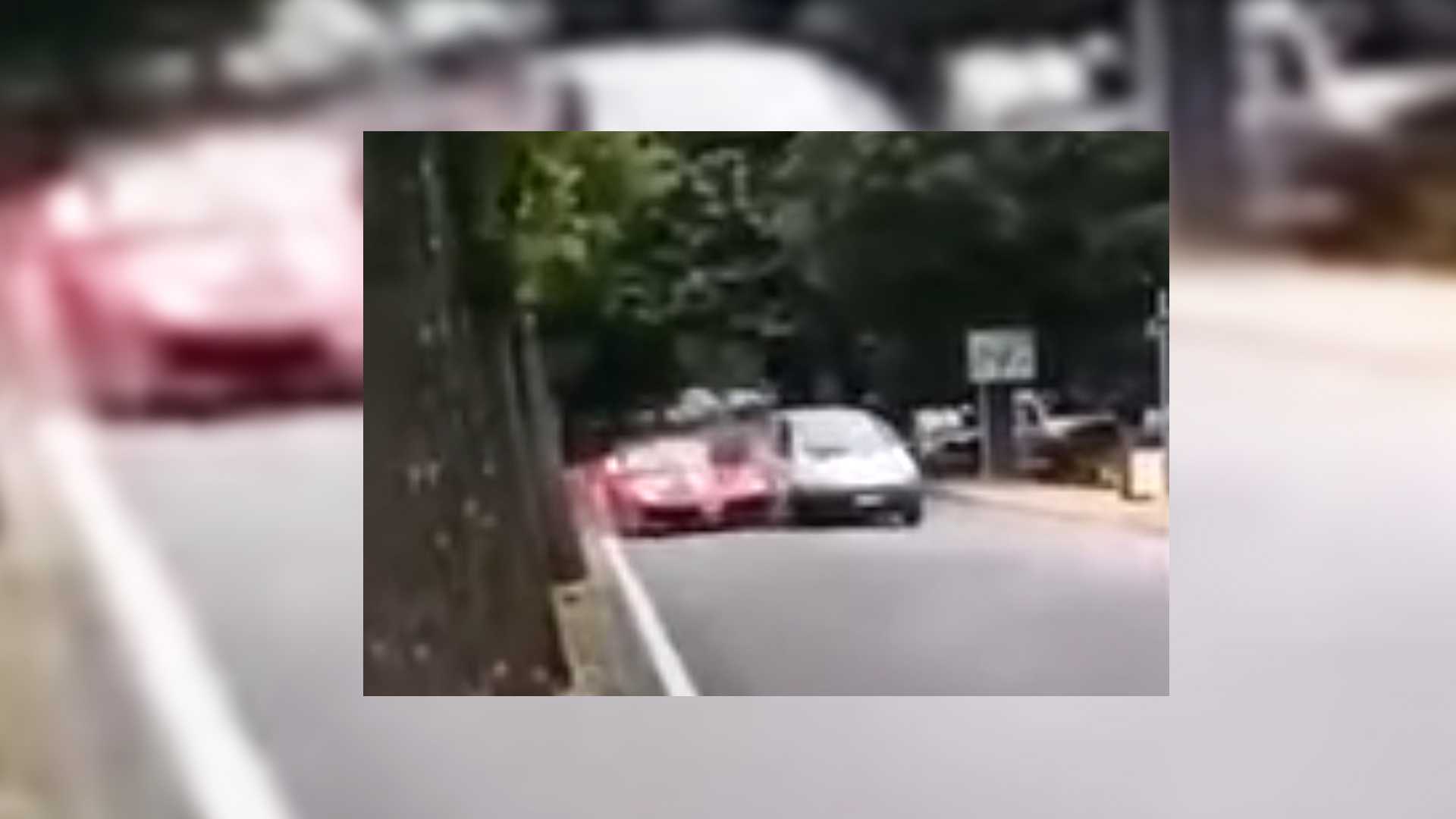 No injuries, but the emotional pain is real.

We've certainly seen crashes and wrecks far worse than this. For that matter, we've seen far better videos than this blurry phone clip shot in portrait format. But this time around, it's not the visuals that break our heart but the gut-wrenching thud of two vehicles unintentionally coming together. And one of them is a Ferrari.

The visuals do offer a bit of heartbreak here, too. The grainy video and vantage point away from the crash makes it look less violent than it is, even with the Ferrari leaping into the air on impact. According to Mowmag.com, a group of Ferraris were participating in the Ferrari Tribute 1000 Miglia, passing through the Italian town of Cortona on June 20. The video shows a Ferrari Portofino passing the camera at a moderate pace, with a Renault Twingo sticking its nose out further back from a parking lot. The driver pulls onto the street just as a 488 Pista rounds the corner, leaving the Ferrari driver with no place to go.

The report states the Ferrari driver suffered minor brusing, as the impact apparently set off the Pista's airbags. It's difficult to see the extent of the damage on either car, but as we recently saw with a damaged F8 Tributo, light damage on body panels can hide a broken back underneath. Seeing how this Pista launched briefly into the air then slammed hard to the pavement, we suspect there's all kinds of hidden damage on this supercar.

Who's to blame here? The report says an elderly man was driving the Twingo and suggests he was to blame for failing to yield. That said, we don't know how fast the Ferrari driver was going but it certainly wasn't slow for such a small road with limited visibility. The Pista appears on the obscured corner just as the Twingo pulls away, so perhaps blame falls to both drivers. Unfortunately, it's the Ferrari that ultimately bears the consequences of this completely avoidable collision.