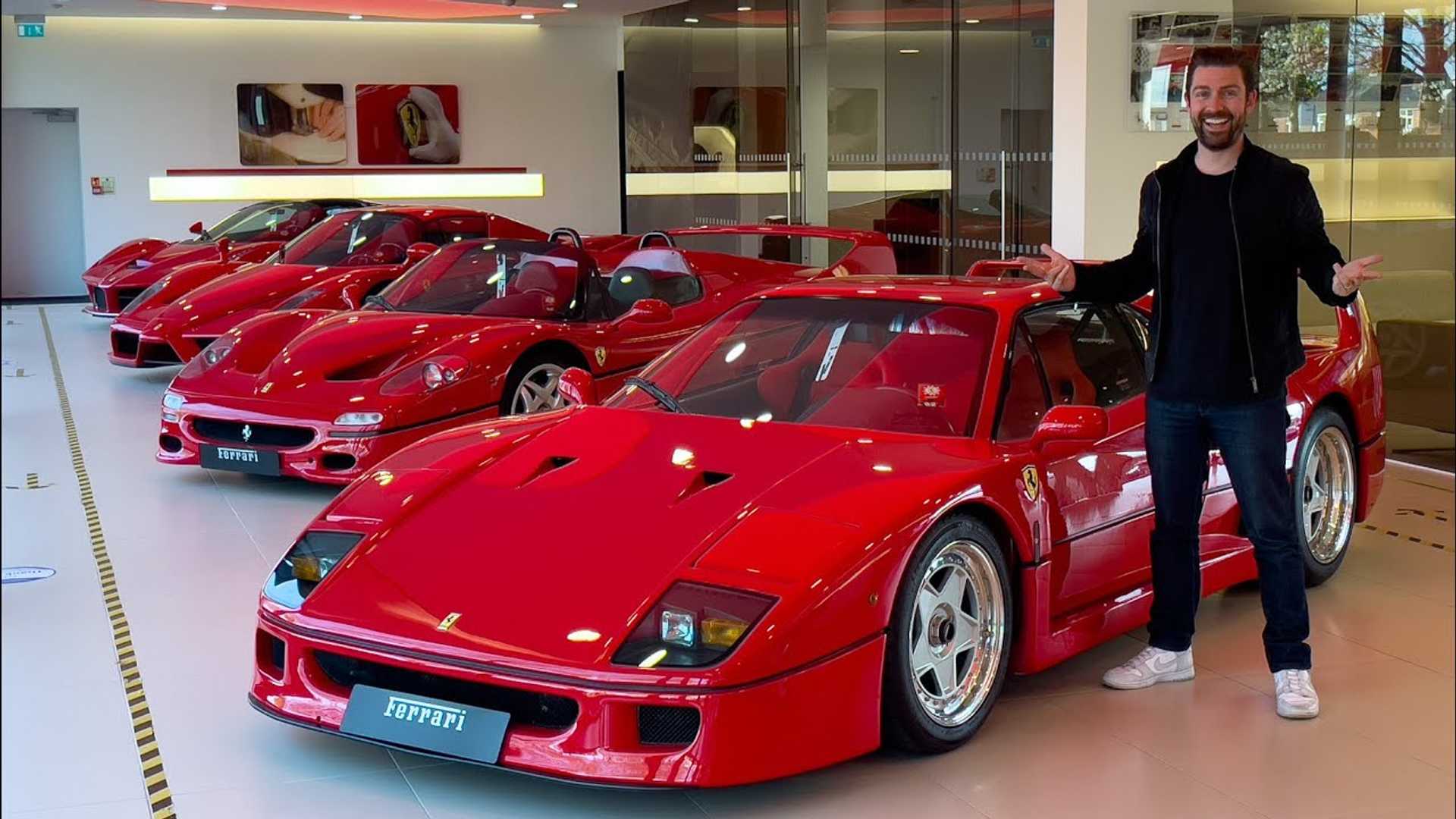 Which one is your favorite?

Even seeing a single Ferrari of any kind on the road is a special enough event to write an article about. But when you have five of the legendary brand’s most special cars, you have to film them on camera and make a video. That’s what our friend Mr JWW did with Ferrari’s Big 5 supercars.

He got a call from Ferrari Colchester, a historic market town in the country of Essex in England, with an invitation to film an awesome Ferrari collection. There, inside one of the showrooms, were five of Ferrari’s greatest hits ever, starting with the 288 GTO from 1984. Next to it was the mighty F40, followed by the F50, Enzo, and LaFerrari. And the best part was that all five cars are finished in Rosso Corsa red. What a sight to behold!

It’s hard to tell which one of these five cars is the best one, for sure. But if we had to pick just one, it’d probably be the F40 - Ferrari’s first road car to hit 200 miles per hour (322 kilometers per hour). With a 2.9-liter twin-turbocharged engine under the hood mated to a five-speed manual gearbox, the F40 was capable of hitting 60 mph (96 kph) from a standstill in just 4.2 seconds.

Oddly enough, however, the F40 is by far not the most expensive car in this mini collection. According to the video’s host, the LaFerrari Aperta holds this crown with its estimated price of about £3 million which, at the current exchange rates, equals about $4.15 million. In total, the entire collection is estimated at roughly £11 million or more than $15 million.

Let’s imagine for a second that you have the money to buy any of these cars, but you have to pick just one of them. Which one would you get and why? Let us know in the comments section below.