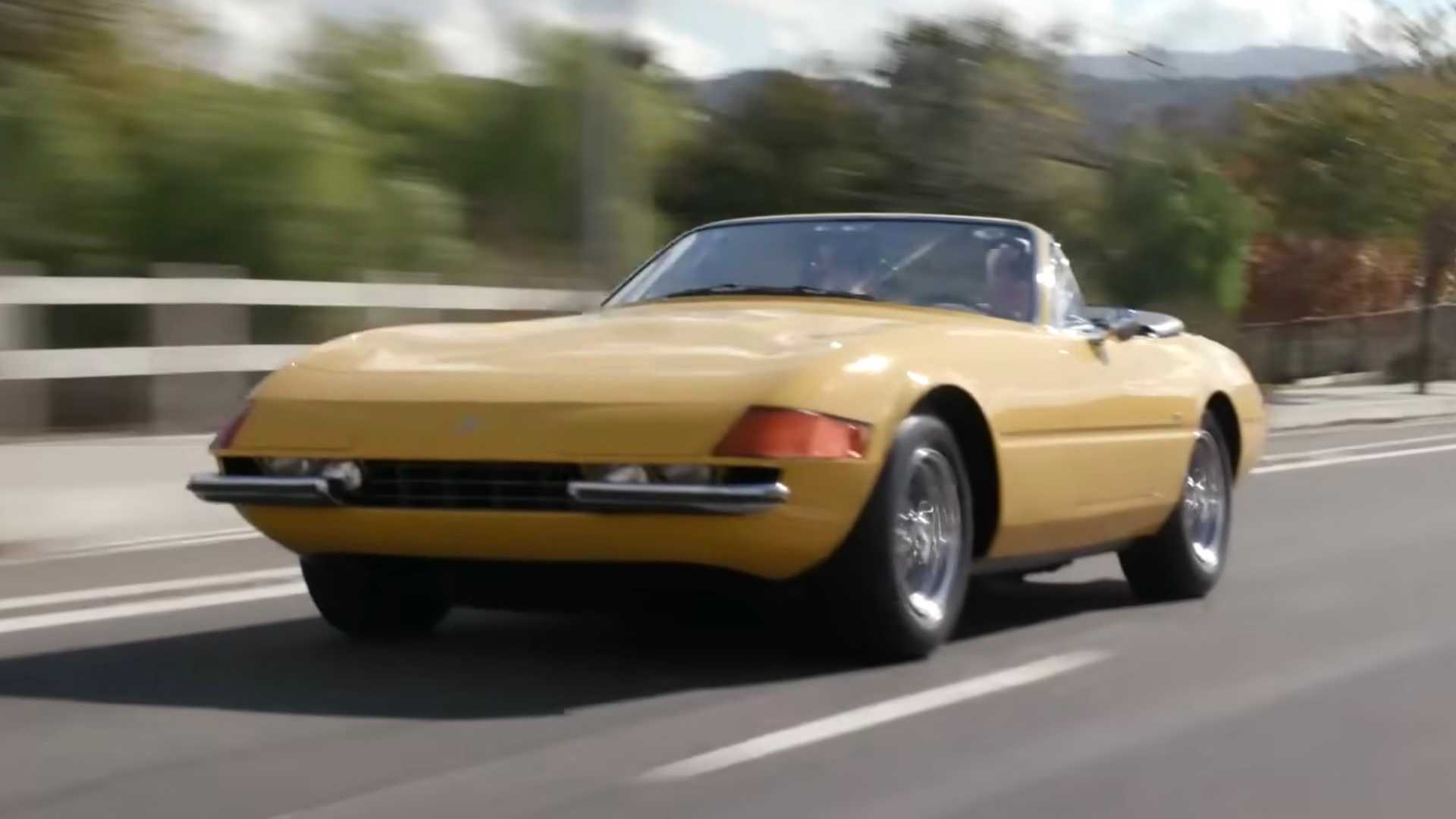 This V12-powered Ferrari is quite the convertible sports car.

Older readers of Motor1.com might look at this 1971 Ferrari 365 GTS/4 Daytona Spyder and immediately think of Don Johnson as Sonny Crockett in the early seasons of Miami Vice. Others probably see one of the most gorgeous Ferraris from the 1970s. Regardless of the thoughts that come to mind, Jay Leno gets to drive one in the latest video from his garage.

Owner David Lee brings the Daytona to Jay. As Leno explains things, this vehicle is Ferrari's answer to the Lamborghini Miura. Although, they are very different machines. Instead of placing a V12 behind the driver like the Lambo, the 365 GTS/4 has the classic layout of putting the big engine under a long hood and sending the power to the rear wheels.

Various sources, including a thread on the forum Ferrari Chat, say that there are only 122 factory examples of these Daytona droptops, making them quite rare. Although, there was a market for a time for folks to take the coupe variant and convert them into convertibles.

On the road, Leno seems very happy with the Daytona Spyder. He repeatedly points out that it's a roughly 50-year-old vehicle. This Ferrari isn't anywhere as quick as a modern vehicle from the brand. However, the driving experience is comfortable, yet engaging. With no power steering or assisted brakes, you have to pay attention to the road. The acceleration is brisk but still allows for easy cruising. Plus, the sound is sublime.

Leno points out a few problems with this particular Daytona. The car's clutch needs a replacement, which makes sense because the owner thinks the part is the original. Also, there's an intermittent miss from the engine. Leno is able to solve this issue at his shop. A wire to the alternator came loose, and the fix was as simple as plugging it back in.