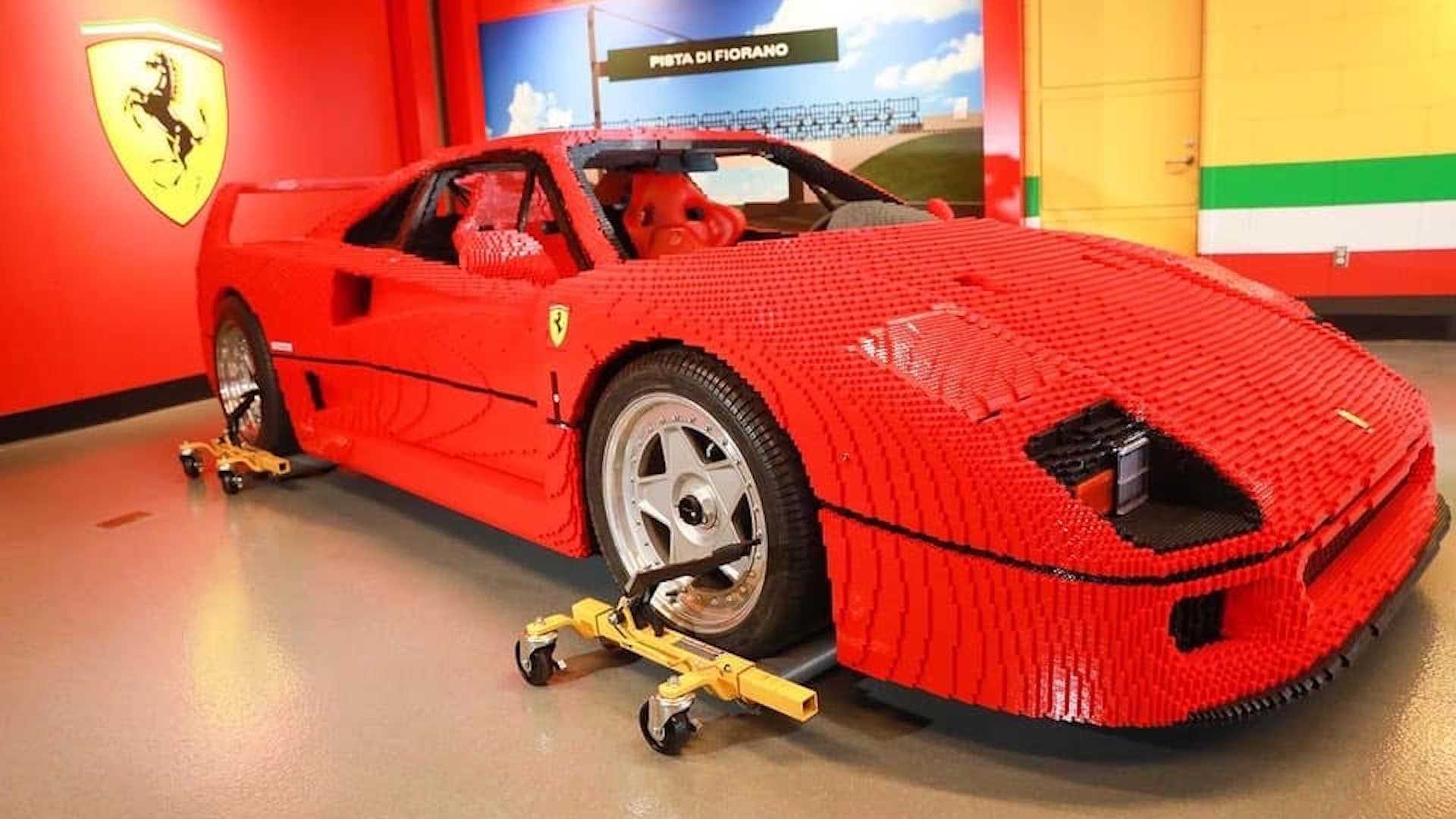 Over 358,000 bricks were used to make this masterpiece.

There's new life-size Lego arriving in California in the form of a Ferrari F40. Life-size Lego vehicles aren't new but this is the first-ever brick replica of the F40. The '90s superstar is one of the most iconic models that have ever rolled out of Maranello, so it's just fitting that it finally gets its own life-size model made out of hundreds of thousands of Lego bricks.

According to Lego, over 358,000 Lego elements were used in creating this replica of the celebrated supercar. Over 1,800 hours were spent by a team of designers and builders to develop the model, while another 1,900 hours were used to build so.

The Lego Ferrari F40 will be available for viewing in the garage area of Legoland California's new interactive attraction, Lego Ferrari Build and Race. Interested enthusiasts and Lego builders will be allowed to take pictures with the car and even sit inside the brick replica.

Apart from the garage, the new Lego Ferrari Build and Race interactive attraction will also feature two other interactive zones, such as a build and test area, and a digital race track for guests to virtually race their own Lego Ferrari against other cars for the fastest lap.

The new Lego Ferrari Build and Race interactive attraction will open on May 12, 2022. It will be included in the price of admission to Legoland California Resort.