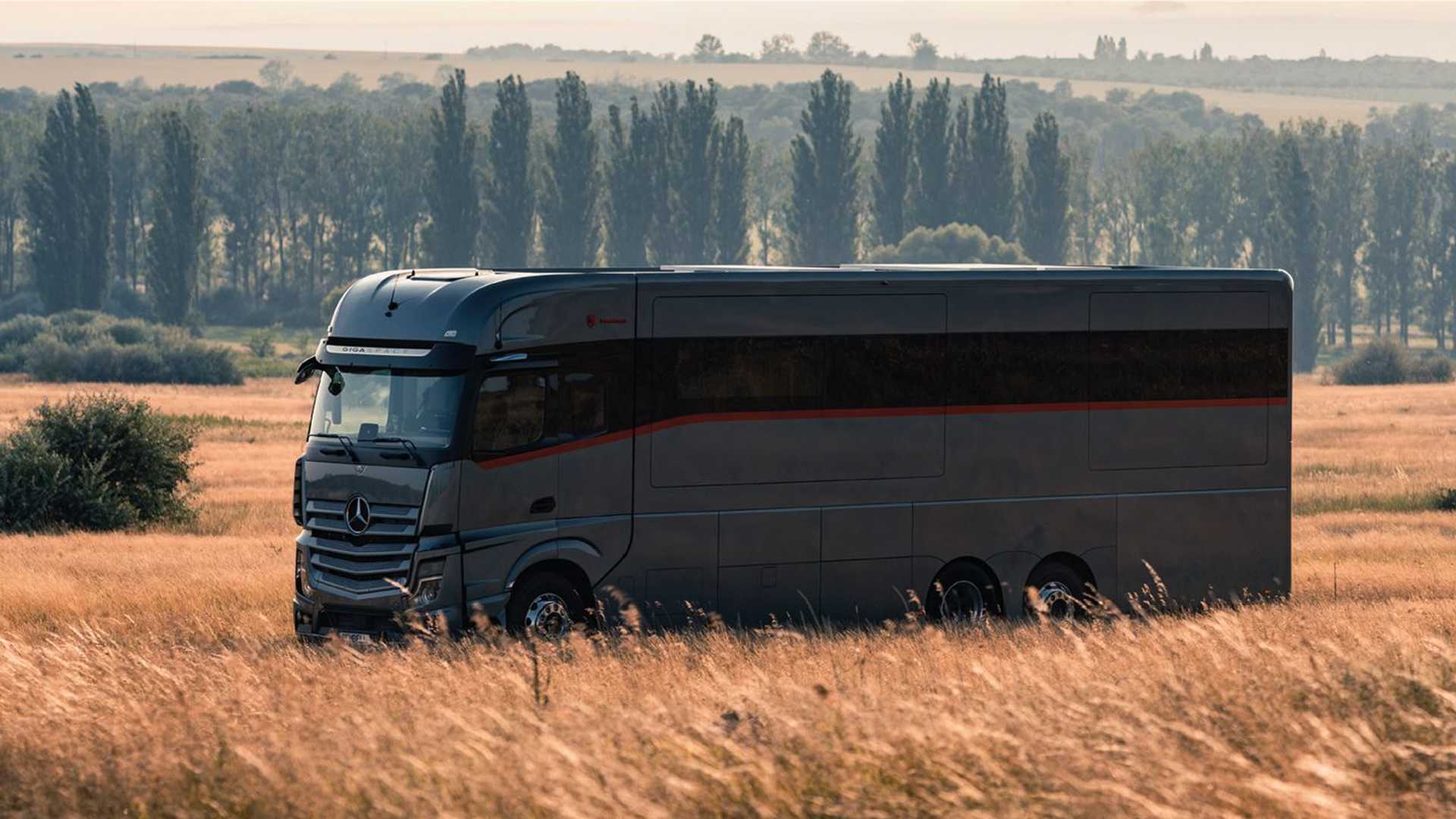 Luxury Motorhome With Three Slide-Outs Can Carry Your Sports Car

Here's a solution if you want to literally carry your sports car to your destination.

How luxurious can you go when considering a motorhome? If you're among the world's percenters, you may want to pay your attention to Dembell Motorhomes – a new European marque that wants to introduce another level of luxury, aspiring to be called a "land superyacht."

Using a three-axle Mercedes-Benz Actros as its base, the Dembell motorhome banks on the luxury of space and materials used inside the living space. More importantly, it has a rolling garage function, which has three different versions.

The smallest of the three is called the Side Package Room, which allows you to carry bicycles, motorbikes, or even quads to your destination. The next one's called the Small Garage, with two slide-outs that allow carrying a small car like a Smart vehicle, for example.

The third one's called the Large Garage, which features three slide-outs that can accommodate cars from 4-4.5 meters (13.1-14.8 feet). Dembell specifically cited a Ferrari California as an example on its website but with the side profile of a Ferrari Roma seen on the illustration. Both Italian cars, however, are longer than 4.5 meters.

Then again, that length should be more than enough for other sports cars, like maybe a Jaguar F-Type.

What's Your Definition Of Luxury?

Dembell Motorhomes banks on the premium appointments of its cabin. It has a yacht-like interior, with three different colors of hardwood floors available to choose from. There are also two beds available, one in the masters that's beyond regular King-sized ones.

The images included in this article aren't enough to justify what the Dembell motorhome can offer, so I suggest that you head on to the website via the source link below to experience a 360-degree view tour of the cabin and more details about the standard equipment available.