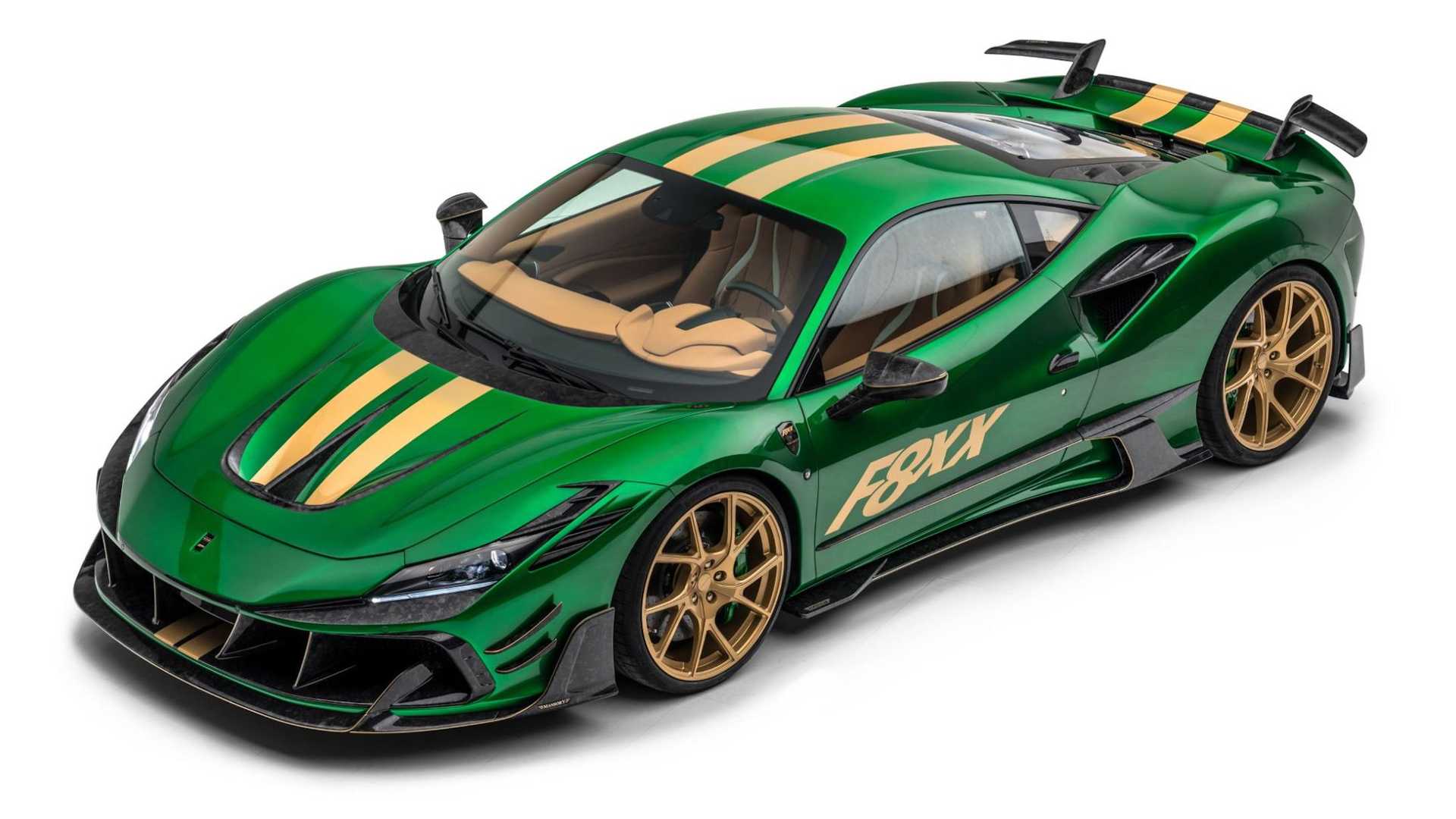 The wild looks come with a bump up in power, too.

The latest Mansory creation shows the company’s propensity for the outlandish is back at full power. Its latest is the Mansory F8XX – a Ferrari F8 Tributo that gets a major upgrade in the looks department that could turn off some fans. The wild paint combination paired with the wilder body kit gives the supercar a frenetic appearance that’s matched with a sizable bump up in power and performance, too.

Visually, the car receives a striking gold-and-green (Catania Green) paint combination that, while a bit in-your-face, isn’t the car’s most ostentatious styling feature. That award goes to the rear wings. Instead of a traditional spoiler, Mansory adds two separated L-shaped wings that look as if the middle sections had been removed. They look like a pair of bug antennas. The car also receives a heavy dose of carbon fiber for the front splitter, rear diffusers, and side skirts.